By TaylorNews (self media writer) | 3 months ago 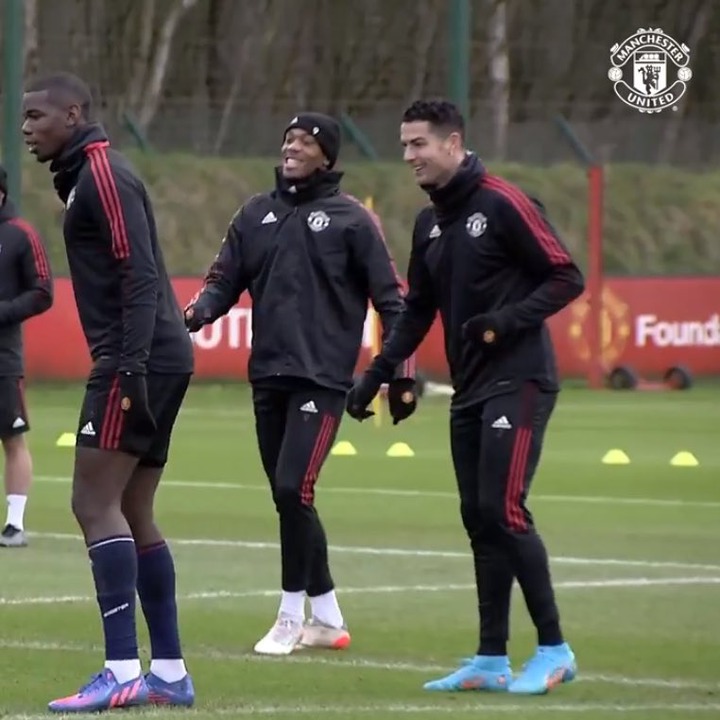 Manchester United are back to the English Premier league after an impressive 3-1 win against Brentford at the Brentford Community Stadium.

Ralf Rangnick was not expected to make several changes to his side as they face West ham United at Old Trafford on match day twenty three. 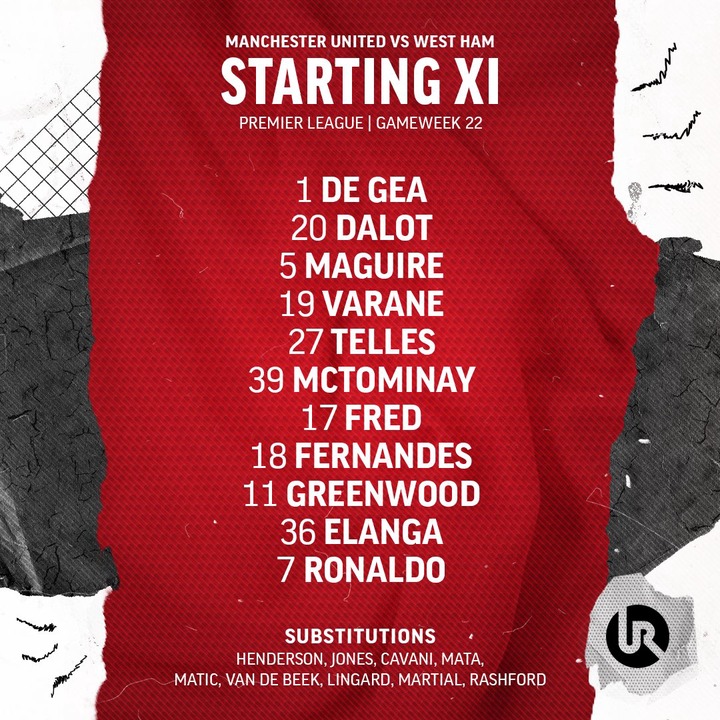 With the personal issue that occurred to Victor Lindelof, Harry Maguire was reinstated back to the starting line up which is as follows;

The Manchester United fans were not pleased with the selection of captain Harry Maguire who has been under immense criticism because of his poor form and the many errors he has been making.

Take a look at the reactions from the Manchester United fans on the selection of Harry Maguire instead of Phil Jones who was expected to start: 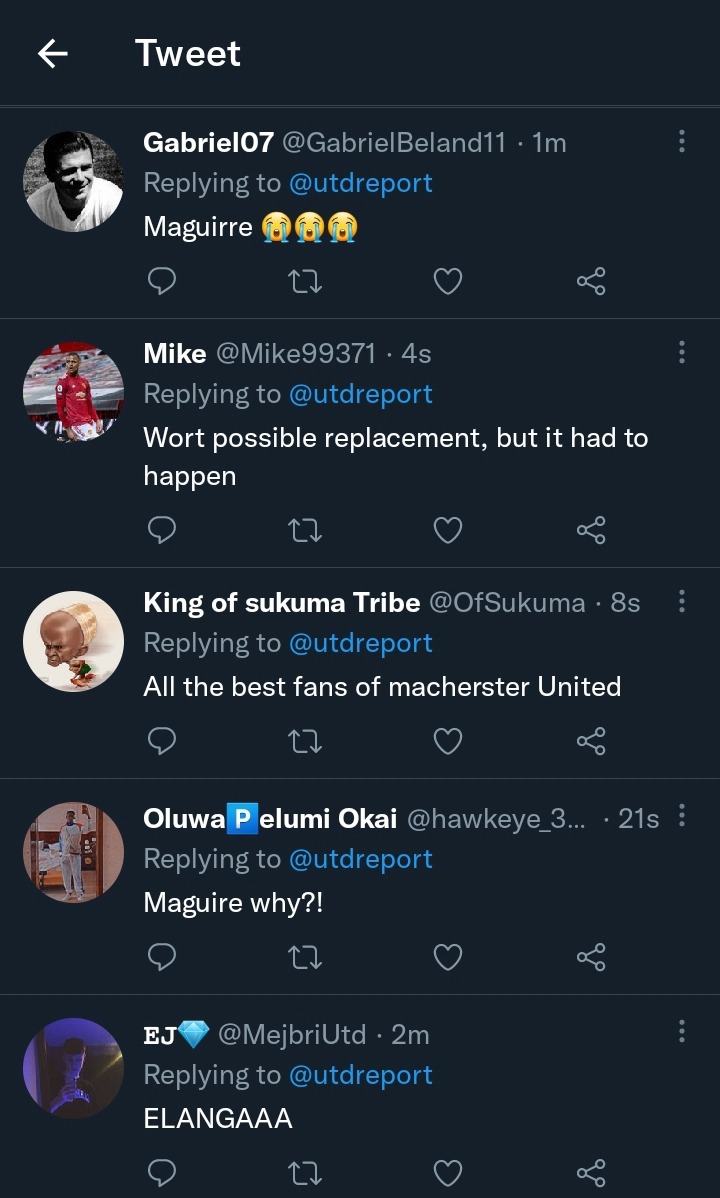 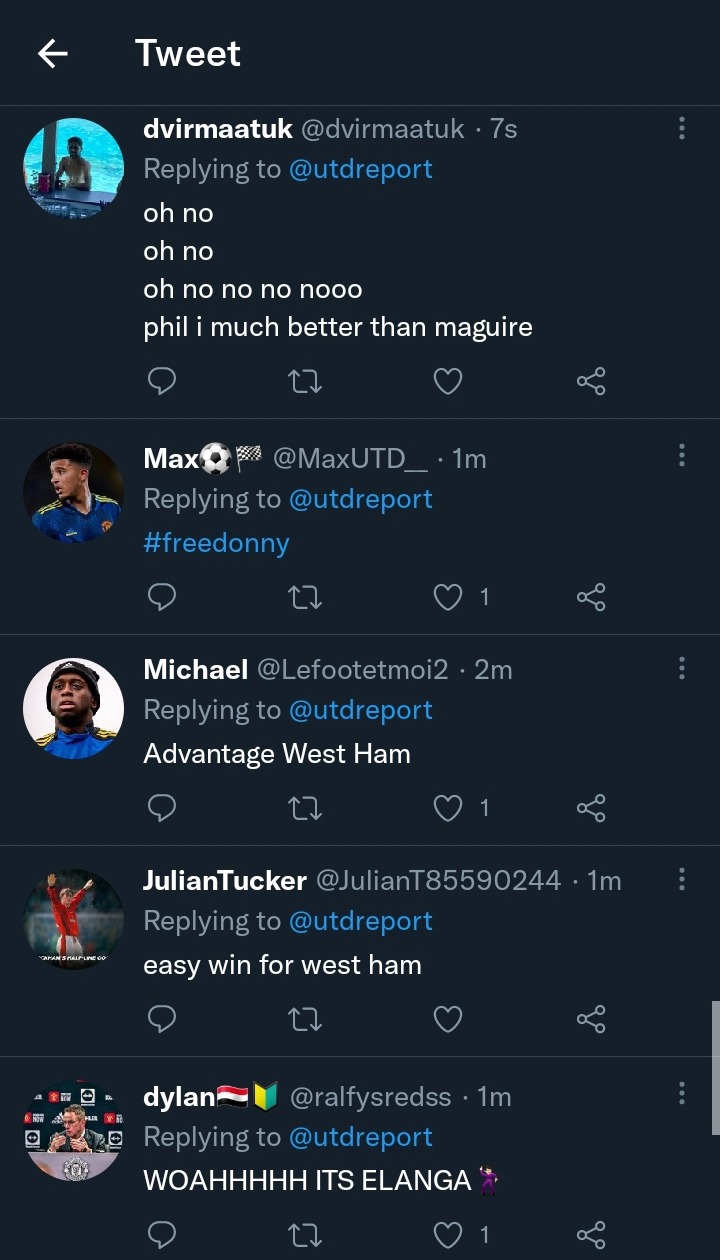 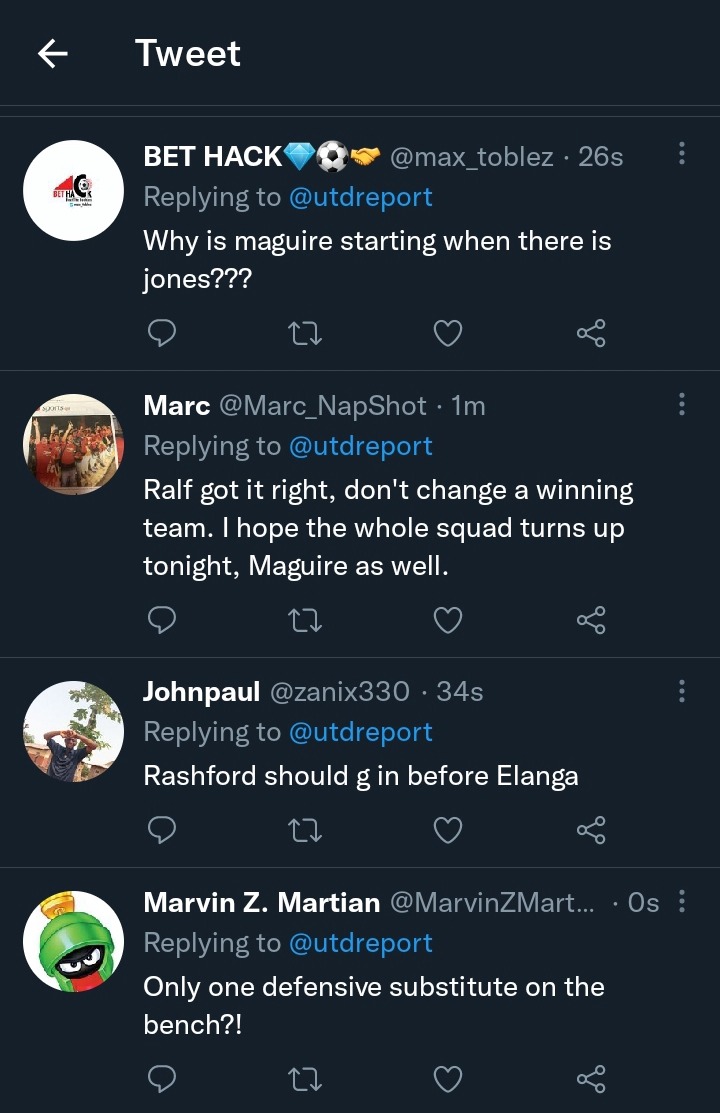 What are your predictions for this tight match of Manchester United?