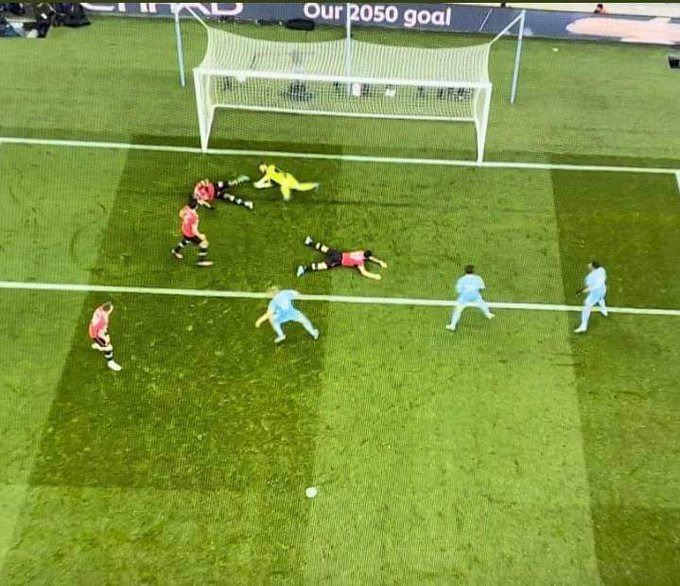 Manchester United were lucky to concede only four goals against Manchester City, with David Degea making some superb saves. 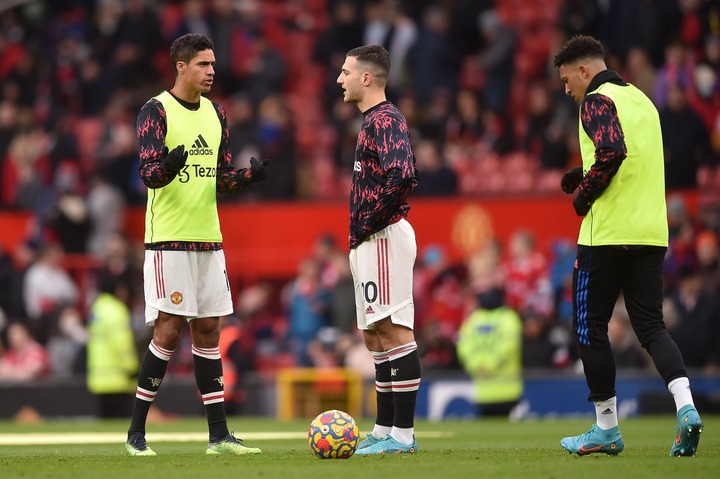 At some point in the game, Manchester City full back Joao Cancelo, attempted to score an overhead kick, that resembled one legendary strike scored by Wayne Rooney, against City back in the day. 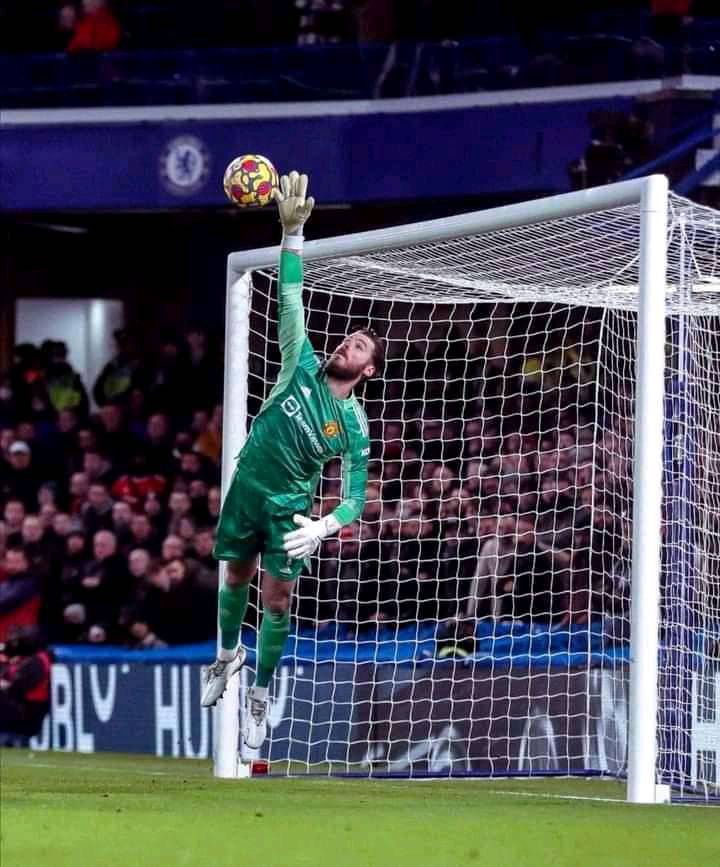 However, Degea managed to keep out his shot and hence stop United from conceding a fifth goal with a superb save. Hence, after the game, every United player except David Degea, was to blame for the poor performance. 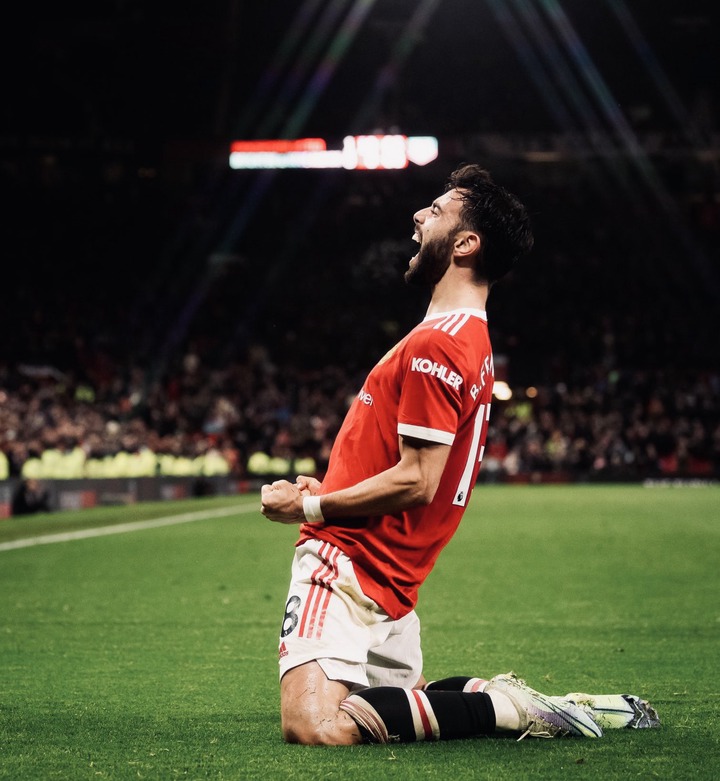 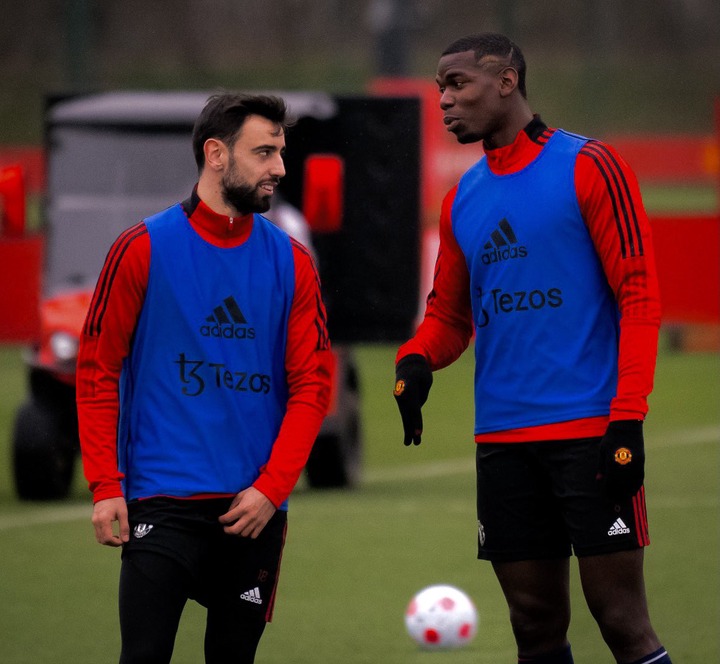 However, against Manchester City, he was nowhere to be seen, as he failed to affect the game as he normally does. Bruno also failed to make any key pass, with the likes of Paul Pogba, outperforming him despite them having bad games too. 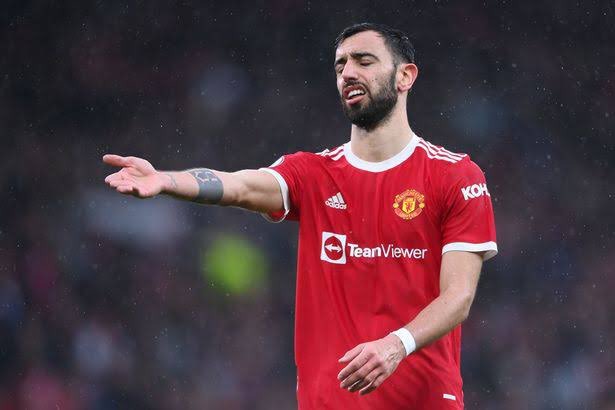 In order for United to win against the big teams in future, fans noted that the midfielder had to seriously improve his game. Here are some reactions from fans to Bruno's performance. 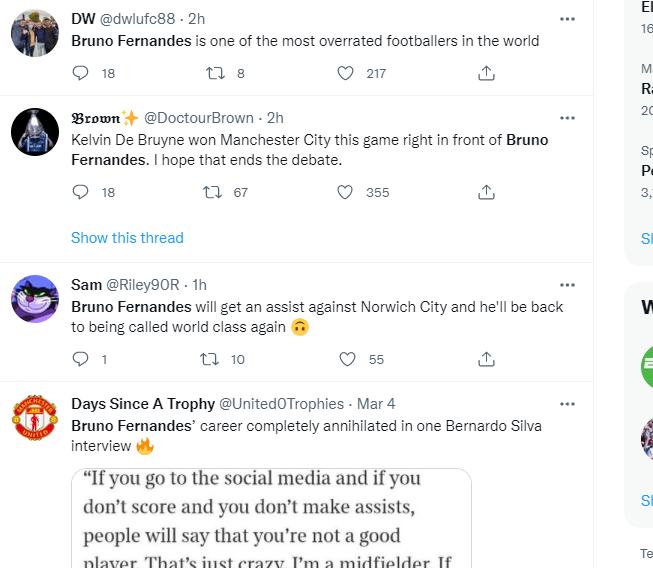 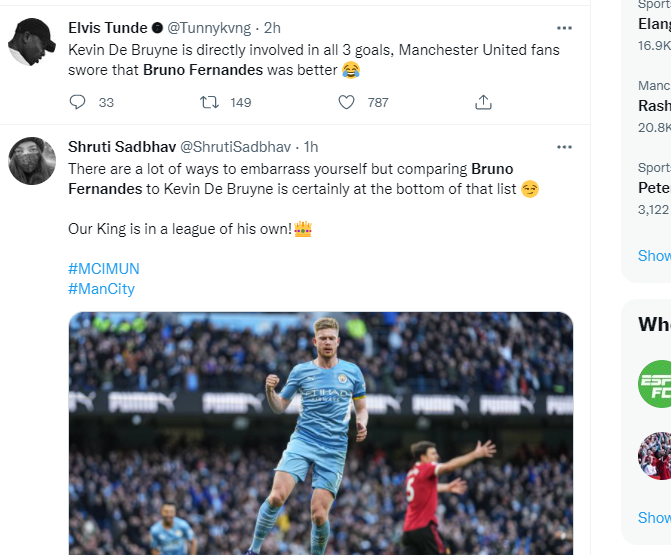 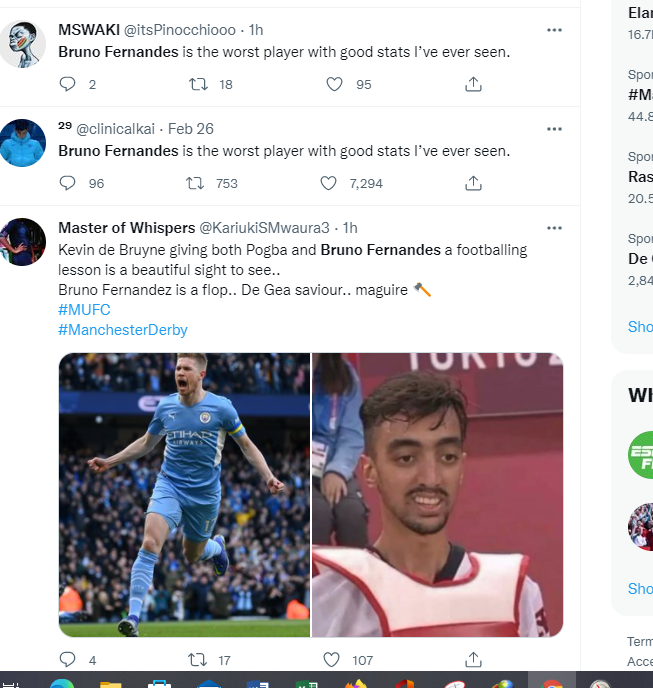 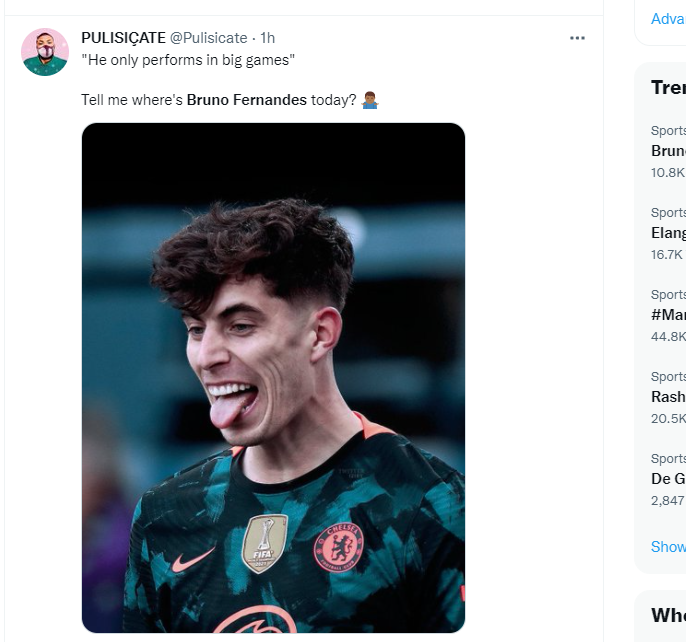