Star Player Set to undergo Medical Test And Sign A Contract With Chelsea. 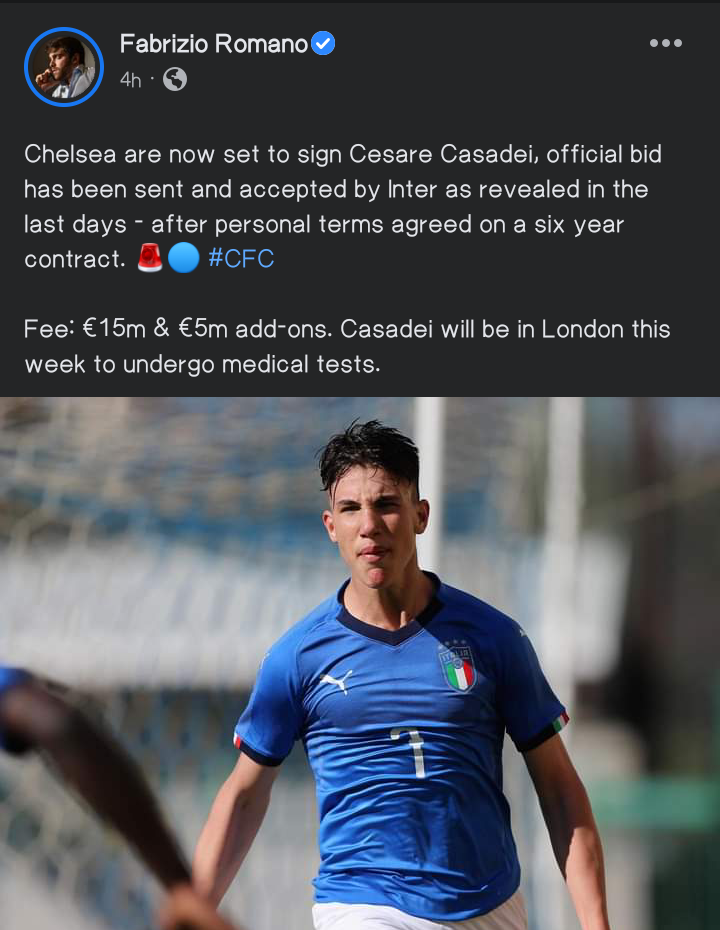 Due to the report released by the clubs news room shows that Chelsea are now obviously set to sign Cesare Casadai, official bid has been sent and also accepted by Inter as revealed in the last days- after personal terms agreed on a six year contract. Addition.to that fee:€15m & €5m adds ons .Casare will be in london this week to undergo medical test. 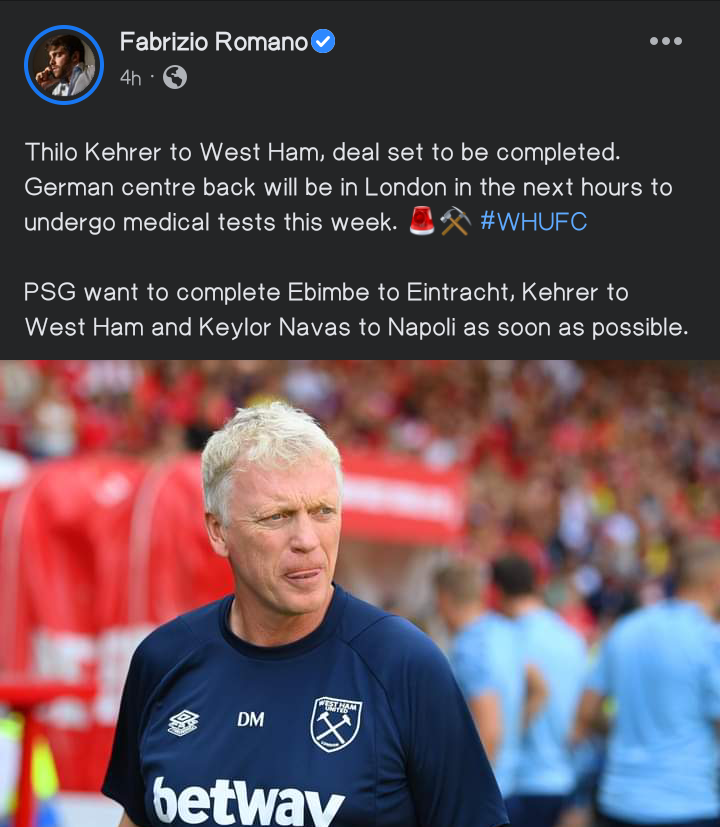 Officially and also confirmed through News room that Thilo Kehrer to West Ham ,deal set to be completed. Actually Germain centre back will be in london in the next hours to undergo medical test this week. For resistance Paris Saint Germain want to complete Ebimbe,Eintracht,Kehrer to West Ham and Keylor Navas to Napoli as soon.as possible . 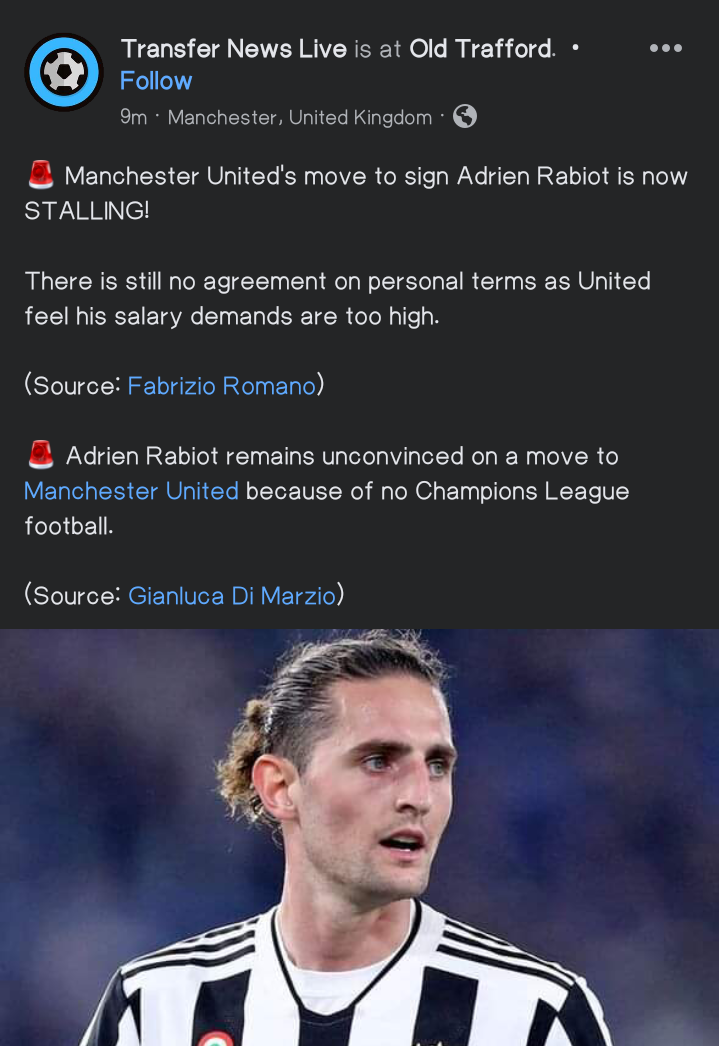 Already proved by the sky that man united move to Adrien Rabiot is now stalling. Actually their is no full agreement on personal terms as united feel his salary demands are to high. In addition to that Adrien Rabiot remains unconvinced on a move to man united because of no champions league football.

Ledama Differs With Colleagues, Asks SRC To Reduce Their Salaries, Add To The Following Individuals

Developing Feelings for Someone Else Other Than Your partner? Here's What To Do