By 4evertoxic (self media writer) | 8 months ago 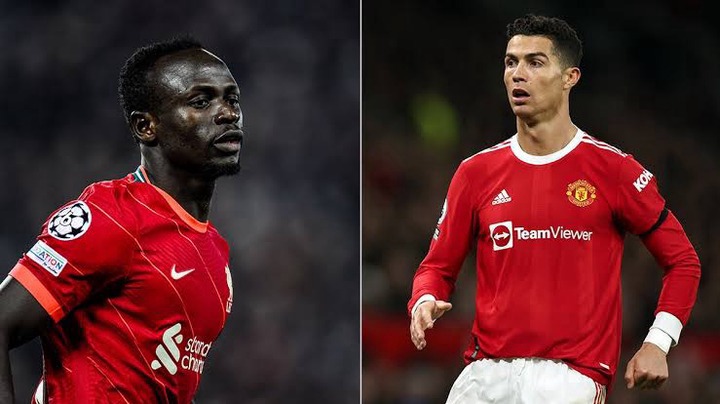 As usual, there is a lot of debate about whether those who were nominated deserve their spots and who was left out.

Mohamed Salah is in the lead for Player of the Year, followed by Trent Alexander-Arnold of Liverpool, Jarrod Bowen of West Ham United, and Joao Cancelo and Kevin De Bruyne of Manchester City. Bukayo Saka, Son Heung-min, and James Ward-Prowse were also up for the award.

Saka and Alexander-Arnold are again up for Young Player of the Year, along with Phil Foden, Conor Gallagher, Tyrick Mitchell, Mason Mount, Aaron Ramsdale, and Declan Rice.

But, as usual, many very good performers were not chosen for either award.

Ederson is likely to win his fourth Premier League title in 2021-22. He will compete with Alisson for the Golden Glove.

But we put him ahead of Liverpool's number one for one and only one reason: things like this. He made a mistake, but he also had to deal with the results.

He is also more fun to be around. You'll soon see that being on this team is pretty much a must.

It makes sense that Trent Alexander-Arnold beat out Reece James for the right back spot, but James is still a good player and plays for England.

James is one of the few players in the world who is both good at defense and great at offense. Do you want someone to make a big challenge before running to the other end of the field and passing a perfect ball to the striker? James is your man.

He has also played right center back at times this season, which has helped Chelsea stop counterattacks. From here on out, things will only get better.

Your first thought was likely, "What, not Virgil van Dijk?"

But we can't help but agree with the bold claim that Matip has gotten better this season. He's been a big surprise in everything, from important goals to important interventions that save goals.

Rudiger will be one of the best free agents in recent memory, and Chelsea will be upset if he goes to Real Madrid for free this summer.

He's been one of the best defenders in the league for the past couple of years, and that didn't change in 2021-22, when he was a permanent part of Chelsea's back three and on most people's FPL teams.

The calm way the German moves past opponents and brushes them off the ball shows how confident he is, and he'll look even better doing it next year in the famous white shirt of Real Madrid.

Cucurella might be in our starting lineup just because he has beautiful hair, so the fact that he's been great for Brighton this season is a plus.

Even though he should have been nominated for Young Player of the Year, he doesn't seem to care. His goal against Manchester United capped off a great first season in England, and he will be happy to be nominated for the award again next year.

Thiago is the best of the best. He can make the ordinary seem special and the special seem ordinary.

His performance against Manchester United at Anfield, where he dominated the middle of the field with ease, was one of the best from a single player this season.

You don't need goals or assists to know that he's Liverpool's maestro: he can ping the ball across the field, make precise touches, and do it all with a saunter.

Rodri, who is also from Spain, plays in the midfield with Thiago. Together, they could win the league on their own.

Rodri stops the action and gets the ball. He passes it to Thiago, who sends it up the other end of the field.

This season, Rodri has been great for City. He has improved his game and done work that is often overlooked (thus his lack of Player of the Year nomination).

He has also stepped up when needed, and his late winner against Arsenal could be one of the individual moments that helped City win back the Premier League.

This is surprising, but the Norwegian playmaker for Arsenal, Odegaard, is not nominated for either award.

He has helped the team change, and he has the skills of past Arsenal heroes and all the qualities of a future leader.

Cornet is the most outspoken player on our list, but he still belongs on the list of players who are between great and nomination-worthy.

Without him, Burnley would have been sent down a long time ago. Even though he's only scored eight league goals, he's the top scorer for the Lancashire club, and some of those goals have been very important.

Also, his general performance has been fun to watch. His style of football, full of dribbling, is a compliment to the game and a far cry from the feared "Burnley" style.

Someone will take advantage of the situation if they are moved down.

Ronaldo didn't win Player of the Year, even though he was named Player of the Month the most and had the third-most goals in the league.

Even though United has been terrible (disasterous, disgusting, and all the other words you can think of), Ronaldo has still been able to make some amazing plays.

He has also scored seven game-winning goals, which is more than any other player in the league. Even though he didn't deserve to win, he should have been nominated.

Mane is one of the favorites for the Balon d'Or, so it's surprising that he's not on the shortlist for Premier League Player of the Year.

The Senegalese international player had trouble in 2020-21 and seemed to be getting worse, but in 2021-22 he is back to his best.

The 30-year-old has better stats than many of the award nominees, with 15 goals and four assists. He is allowed to be angry.