Manchester United loanee Andreas Pereira suffered a nightmare moment as he made a costly mistake during the Copa Libertadores final.The midfielder has impressed after making the temporary switch back to his homeland of Brazil during the summer, having made a season-long move to Flamengo.

Pereira has spent the last few years away from Old Trafford, with his chances at United having been limited in recent seasons, although he seemed to have found his feet back in South America.His performances have helped Flamengo to reach the prestigious Copa Libertadores final — South America’s equivalent of the Champions League — as they hunt down a second title in the last three years. 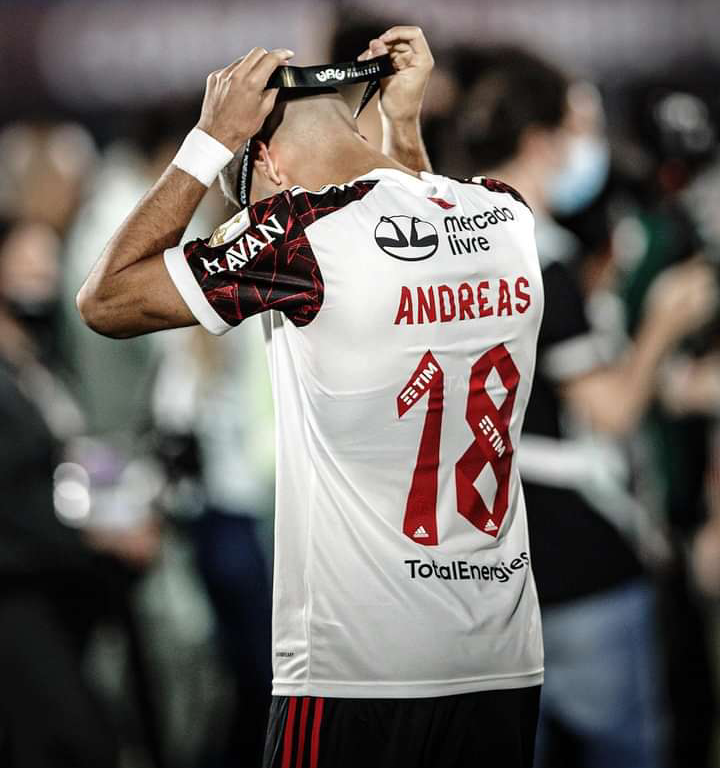 Their clash with Palmeiras went right down the wire, the game locked at 1-1 and into extra time after Gabriel Barbosa equalised for Flamengo after Raphael Veiga opened the scoring after just five minutes.Just moments into extra time though, Pereira suffered a moment he’ll want to forget.

The midfielder was passed the ball under little pressure around 30 yards from goal, but lost his footing to allow Deyverson to nick the ball away from him.The Palmeiras forward raced towards goal and, despite goalkeeper Diego Alves getting a touch on the strike, he couldn’t stop it from finding the back of the net as Pereira watched on. It proved to be the decisive moment in the game, with Palmeiras going on to seal their 2-1 victory and lift the Copa Libertadores.

After the match, Pereira took to his face book account to express his disappointment and promised Flamengo fans and Brazilians as a whole that he will come back Stringer and win back their love and affection. Below is the screenshot of what Pereira wrote on his Facebook. 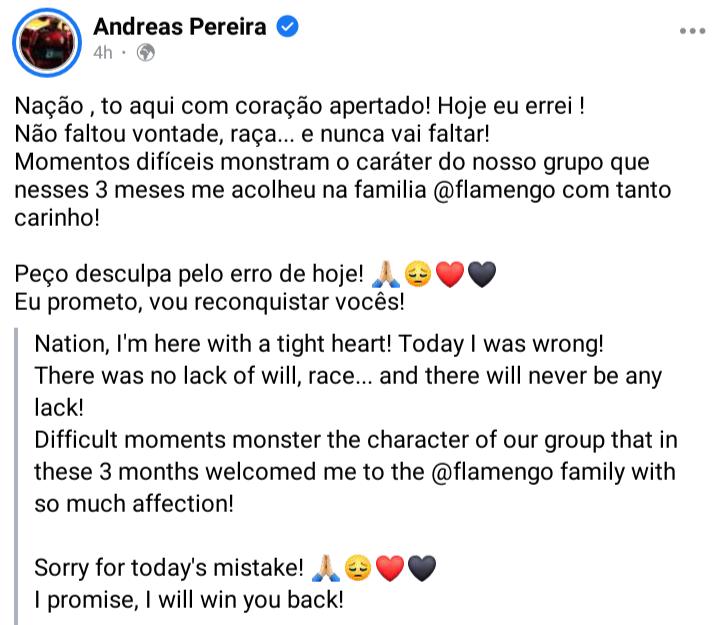 Pereira will now try to do his best to win the love of his temporary club back so that they buy him in permanent basis. Do you think Manchester United should take him back? Please leave your opinion in the comments.