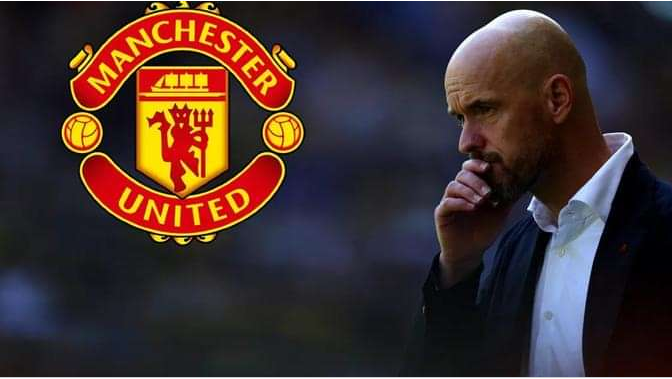 Manchester United fans have not recently enjoyed supporting the clubs since the performance and general atmosphere of the club has been good as it is supposed to be.

The red devils have struggled moreso since the departure of Scottish manager Sir Alex Ferguson but the main reason behind this struggles has never came out clearly.

After a change of managers like David Moyes, Luiz Van Gaal Jose Mourinho,Ole Gunnar Solskjaer and Ralf Rangnick, finally the work has landed in the hands of Dutch coach Erik Ten Hag with most of the fans hoping that he will turn everything around and take back the club to the glory days.

He is known of playing dorminant football and possession of the ball, with high speed and attacking game just like Pep Guardiola and Jurgen Klopp does in Man City and Liverpool respectively.

Right now there are some questions arising about current players if some of them may fit in Ten Hag play style as Rangnick had confirmed earlier that United need to deeply venture into the transfer market. 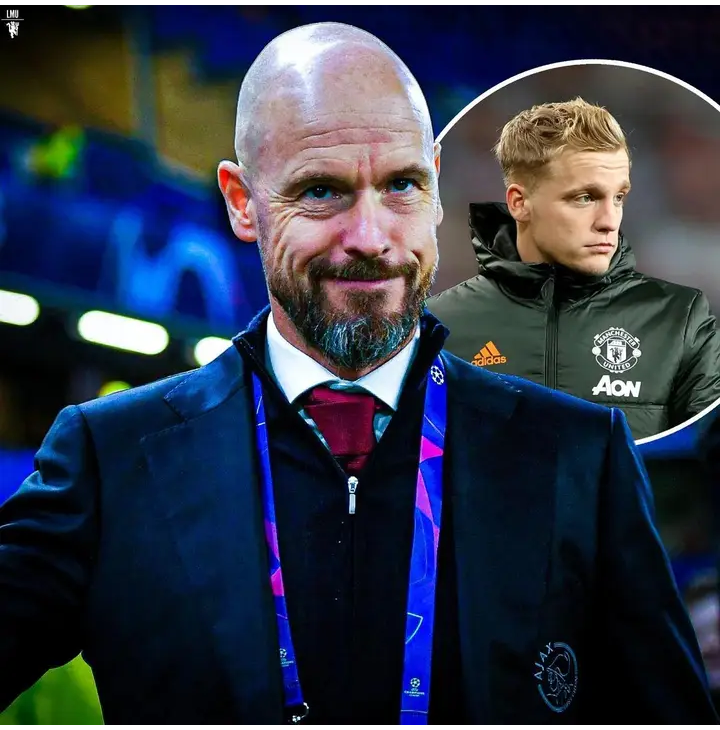 According to Fabrizio Romano,Donny Van De Beek is in the next season plans of ten Hag as he is admiring to work with him again after a successful work between them at Ajax.

Donny has not enjoyed football life since he joined theatre of dreams last season with limited play time that even lead to him being loaned out to Everton.

This may be a relief to the player as he seeks to be back in regular play after the new manager has given a greenlight. 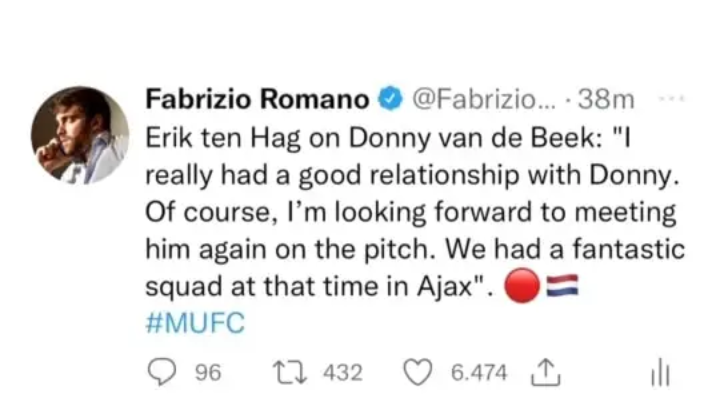