By Peterdaish (self media writer) | 21 days ago

Today I will share with you some of the football players who showed the like of the movie and even showed it in the pitch. 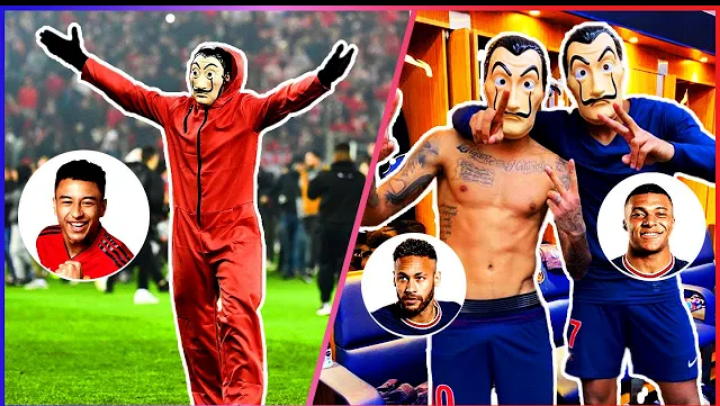 Here is a list of the football players who impersonated the movie actors.

These two players showed a like a television series called Money Heist. Both of them approached the football club dressing room dressed in the famous face mask of the Money Heist series.

Mitchy was even nicknamed as a Batman. He has a great like of Batman. He even celebrated like Batman and dressed like him. He was welcomed in Besiktas with a dark and light celebration of the batman.

Paul Pogba and Jesse Lingard. Once celebrated just like the black panther movie in the match between Manchester United and Chelsea.

Abumayeng likes many movies stars, he once celebrated like the spiderman, batman and also black panther.

Egyptian under 23 national team.appeared dressed like in the Money Heist series during the Africa cup of nation cup.