Christiano Ronaldo has yet again scored for Manchester United to make it three goals in just two matches since he rejoined the club. United are currently leading 1-0 in the first half.

Christiano Ronaldo scored a brace in his Second debut for Manchester United in the English Premier league against Newcastle United at Old Trafford with matches ending in a victory of 4-1. 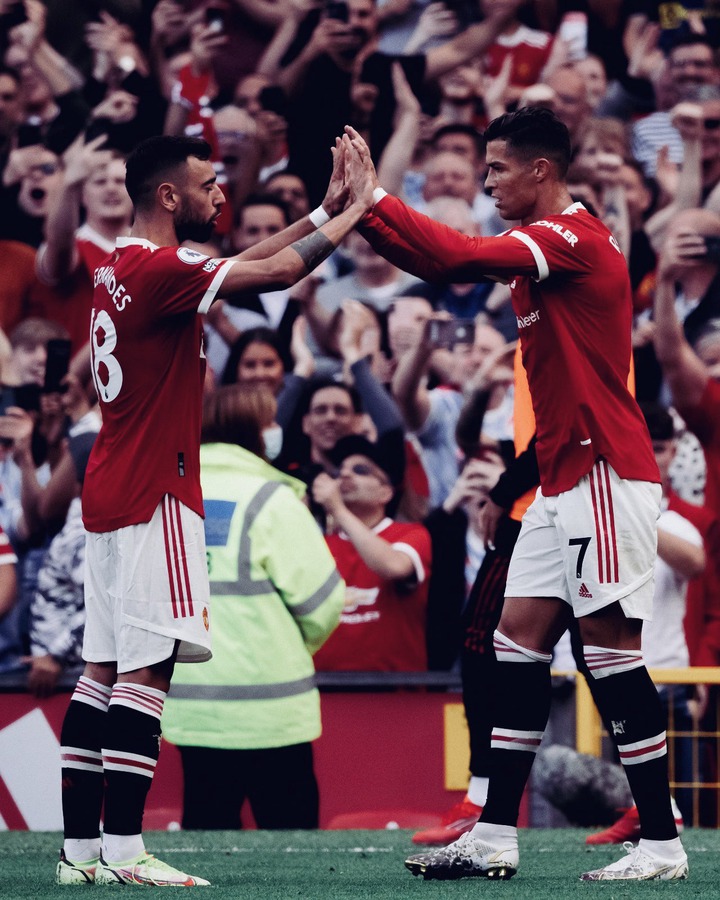 Since his arrival at the club the mood of players has increased to positive.

If the 5 times Ballon D'or winner and Portuguese international continues with this form then united will have a hope of winning a title at the end of the season.

Manchester United are in Group G together with Atalanta,Villareal and Young boys.

In the Premier league united is topping the list with 10 points in 4 matches.

The Carabao Cup Fixtures For Tuesday and Wednesday Respectively