By ArntoTu (self media writer) | 9 months ago

Manchester United are reportedly keeping a close eye on Villarreal center back Pau Torres who is considered a very important player for the Spanish giants, particularly by his manager Unai Emery. Last summer, a number of big clubs including Real Madrid were hot on the 24 year old's heels but he decided to stay at his parent club since he felt his future was more secure at Villarreal. Manchester United were among a host of clubs at that time that were interested in the player but Solskjaer prioritized the signing of Varane first. 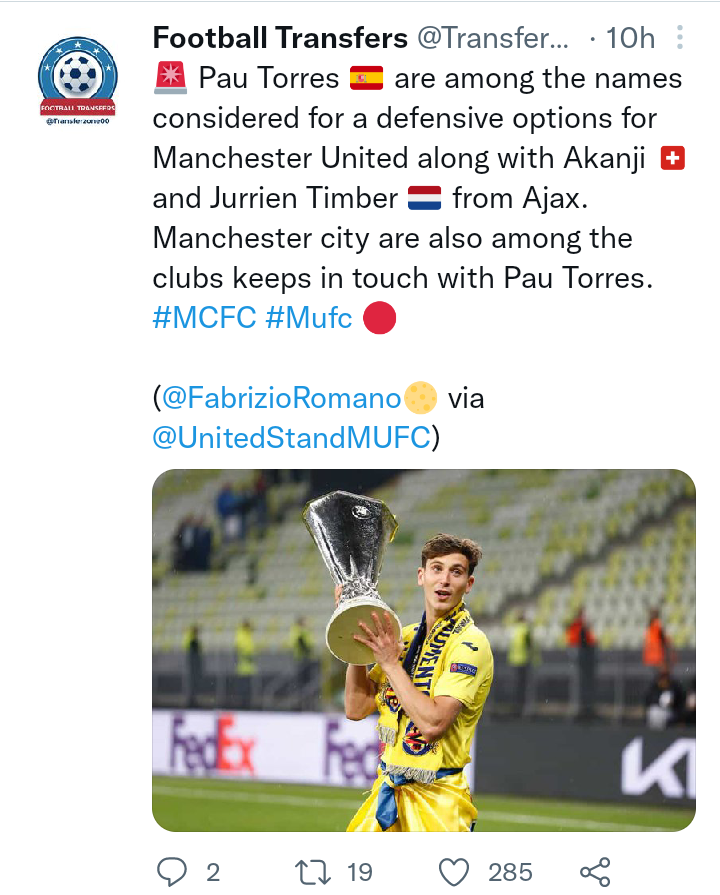 Manchester United will however face a fierce competition from their City rivals as Pep Guardiola plans to freshen things up in his back four. Manchester City have suffered a lot of injuries this season, with the majority being defenders and signing Pau Torres will definitely be a relief to the fitness of some of his players.

Brandon Williams recently released a bold statement that he plans on fighting for a place in the starting eleven for Manchester United next season. The 21 year old has evidently matured in his role as a left back at Norwich City as can be seen by his proper track record under Dean Smith who has never failed to start him since he took over late last year. Williams' loan spell will end at the end of the season and during a phase of major reforms at the club, Ten Hag will surely consider him as part and parcel of next season's plans 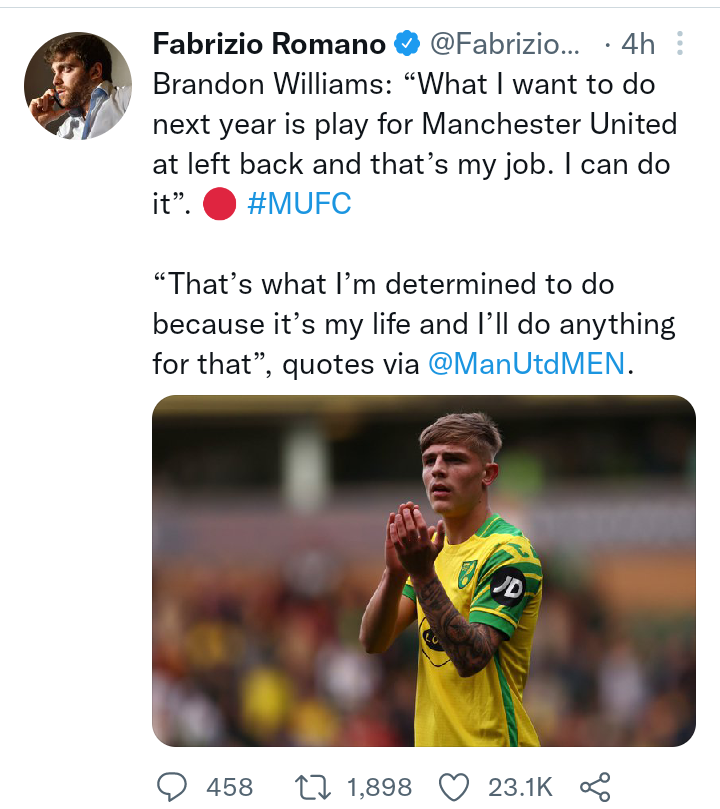 This will be a big problem for Luke Shaw who has been struggling a lot with his form and fitness as well. Ralf Ragnick clearly does not rate the 26 year old and because of this, plans that were earlier initiated by Solskjaer to extend Shaw's contract will most likely be thrown out the window in the summer. 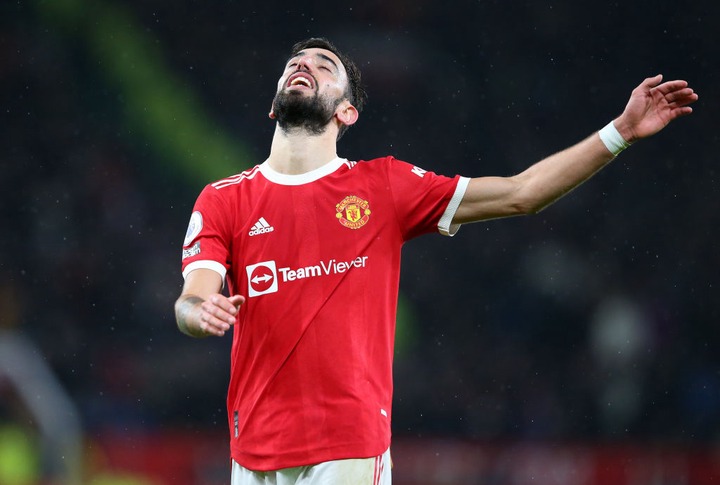 Bruno Fernandes will once again have the chance to prove his relevance to the club tomorrow as the Red Devils face Chelsea in a highly anticipated showdown. Last time out against Arsenal, Fernandes was the main villain as he missed a penalty and played terribly throughout the match. Hopefully he will make amends against Chelsea.