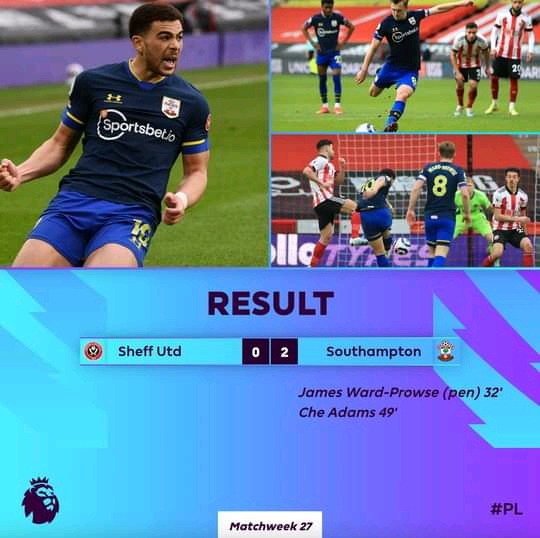 Southampton registered their 9th Premier League table victory of the season after edging rivals Sheffield United 2-0 at Bramall Lane. Southampton won the reverse fixture 3-0 at St Marys Park Stadium hence were clear favourites to clinch all the 3 points and complete a clean sheet double over the Blades. Southampton opened the scoring in the 32nd minute through James Ward Prowse Penalty to force a 1-0 lead at the break. The Saints added a second goal in the 49th minute through Charlie Adams who was assisted by Armstrong to give the visitors 2 goals cushion as Sheffield United never recovered as they were unable to break Southampton defence. Following the 2-0 victory, Soyuthampton climbed up to position 14 with 33 points while Sheffield United remained anchored at the bottom of the table with 14 points. 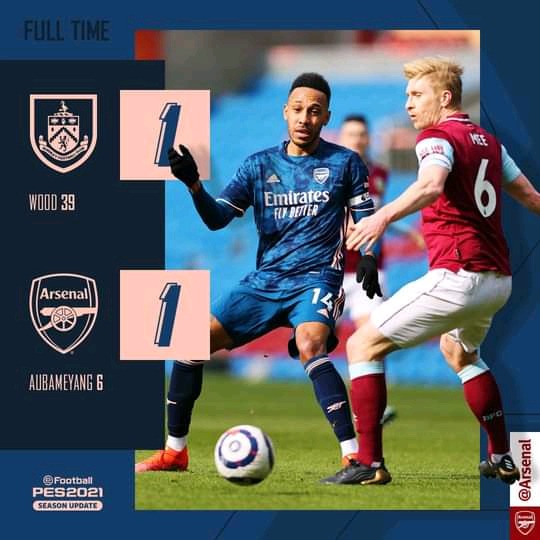 Arsenal rehgistered their 5th draw of the season in the Premier League against Burnley at Moor after Chris Wood cancelled Aubameyang opener in the 39th minute. Burnley won the reverse fixture 1-0 at Emirates Stadium courtesy of Aubameyang own goal but he scored his 9th Premier League goal today to put Arsenal 1-0 up in the 6th minute. Arsenal were unable to score even after bringong in Ceballos, Lacazette & Nicolas Pepe who all wasted many golden opportunitues to score the winner. Following the 1-1 draw, Arsenal climbed up to position 10 with 38 points while Burnley remained 15th with 30 points after 28 games played in the Premier League. 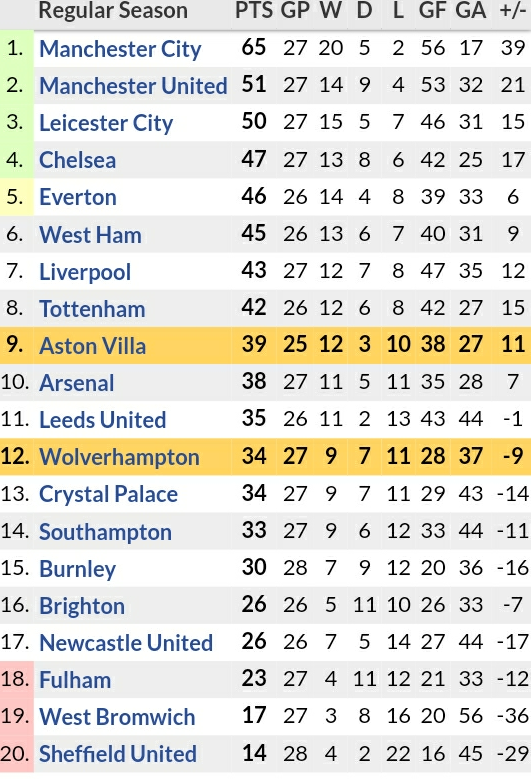