Arsenal failed to finish in the top four narrowly last season and are strengthen their squad for the next season. They have added the likes of Fabio Vieira and have today confirmed the signing of Gabriel Jesus from Manchester City. 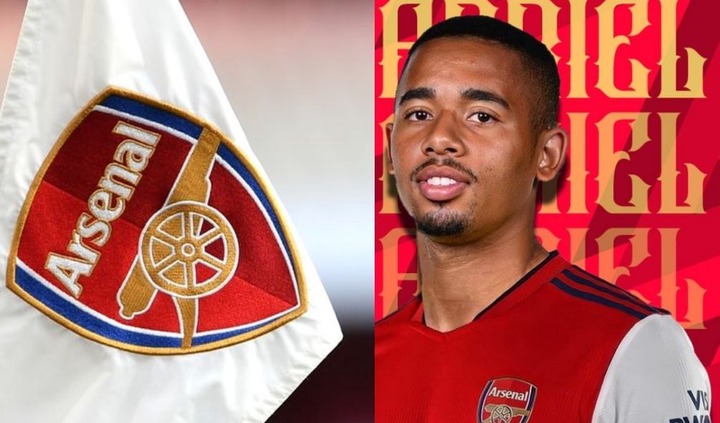 After the confirmation in Monday morning, the Brazil international indicated that he will be leading the lines for Arsenal as the Center forward.

Gabriel Jesus has heavily been linked with a move to Arsenal in recent months. The North London outfits have now officially unveiled their new number nine after completing a £45m transfer from Man City.

Gabriel Jesus was used out wide in most occasions by Pep Guardiola and that casted doubts on which position Mikel Arteta will use him in.

The gunners new signing has declared that he will playing as a central striker for the North London outfits.

The Brazilian told the club's official media that he's a number 9 and he thanks God for bet alive, he can play three out of four positions but he is a number 9.

Arsenal manager Mikel Arteta also showed his respect for the Brazilian by saying that the club has done a good job by signing a player of Gabriel's class.

The Unsung Hero In The Arsenal's Win Against Leicester.

"Am Back" Gabriel Jesus Reveals After An Impressive Performance In Arsenal's 4-2 Win.