By Sevens (self media writer) | 2 months ago

Cristiano Ronaldo has earned the second consecutive Manchester United's player of the month award, and his forth overall this season.

The 37 year old Portuguese forward scored 5 goals in April, scoring a brace against Norwich. He also netted away at the Emirates Stadium, and at home against Chelsea. 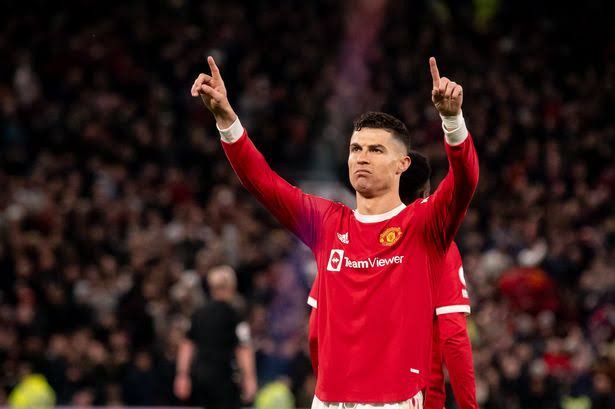 He faced competition for the award from David De Gea and Nemaja Matic, but emerged the winner after garnering 74% of the votes. Nemaja Matic has been showing passion ever since he announced his departure from Old Trafford at the end of the current season. David De Gea has been making saves after saves, exposing Man United's poor defensive run this season.

Cristiano had earlier lost his new born son, and had to miss a game week to be with his family.

In March, Cristiano scored a hat trick, downing Tottenham Hotspurs at Old Trafford. It is however uncertain if the player will remain at Old Trafford, since Manchester United is unlikely to qualify for the Champions League.

Content created and supplied by: Sevens (via Opera News )