By Kenyaneyeske (self media writer) | 1 month ago 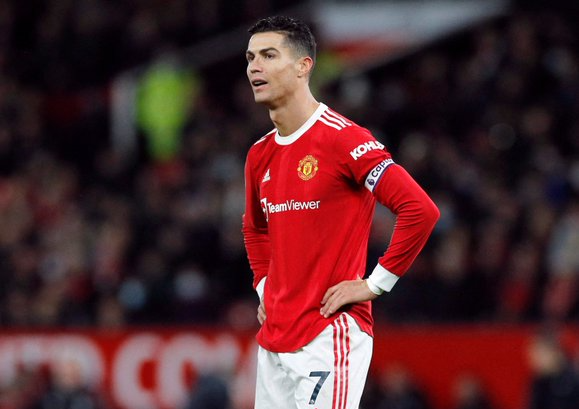 Ronaldo attacked his then-employer in a 90-minute interview. The club reportedly considered firing Ronaldo after the interview. Manchester United declared that the contract would be terminated within days.

Why was dismissal overlooked for a pragmatic solution?

All employment problems lead to the contract. Professional footballers are atypical employees, although their club contracts them. All Premier League players, including Ronaldo, sign a basic contract.

This contract specifies the player's and club's responsibilities and termination terms. Players are obligated to not do, say, or write anything that could harm the club, its officers, or workers.

Ronaldo's interview contained statements that could be viewed as a breach of contract. He said he was "driven out" and "betrayed" and doesn't respect Manchester United manager Erik ten Hag.

Ronaldo's contract requires him to give the club adequate notice of his media appearances. Ronaldo's compliance is unknown.

In addition to the contract's written terms, certain terms are implied. Both club and athlete have a responsibility to maintain mutual trust and confidence.

Trust loss necessitates a high severity threshold. If, as Jamie Carragher indicated, Ronaldo's interview was meant to harm his relationship with Manchester United, a dismissal may have been justifiable.

This is despite the common practice in professional football of destabilizing relations to effect a transfer or contract re-negotiation. In Kevin McBride v. Falkirk Football and Athletic Club, the employment appeals tribunal rejected industry norms as justification for breaching mutual trust and confidence.

Standard Premier League contracts allow teams to fire players for gross misconduct or failing to heed a final written warning. Fifa's laws on the status and transfer of players regulate contract termination and its implications, including the power to dismiss for "just cause," which requires repeated unsatisfactory behavior.

Dennis Wise wears a suit and speaks into a microphone.

Managers, not players, are usually fired in football. usually poor performance. Given that clubs can only get a transfer fee for a player under contract, they generally choose practicality over expulsion.

Several high-profile athletes were cut. Dennis Wise was fired by Leicester City in 2002 after breaking a teammate's cheekbone. Wise won an unjust dismissal claim on procedural grounds despite being fired for punching a colleague.

If Ronaldo had been dismissed, a disciplinary and appeals procedure would have added uncertainty and instability at a time when Manchester United's owners were seeking additional investment or a sale and the manager was trying to build on recent form.

Cristiano Ronaldo's face is painted on a pub's wall outside Old Trafford.

Outside Old Trafford, a tavern has a mural of Cristiano Ronaldo. Powell, Peter

Ronaldo said the club lacked sensitivity for his daughter's condition in an interview. He criticized the club's medical facilities.

Ronaldo's words could imply that the club failed to fulfill its contractual obligation to care for its players. Regardless of the accuracy of such claims, Manchester United executives may have decided to end the player's contract without providing financial compensation.

Given Ronaldo's desire to depart and his short contract, practicality triumphed.

This is a reposted article from The Conversation.