Star midfielder Could be set for Manchester United after former club withdraws interest.

By Futstar (self media writer) | 7 months ago 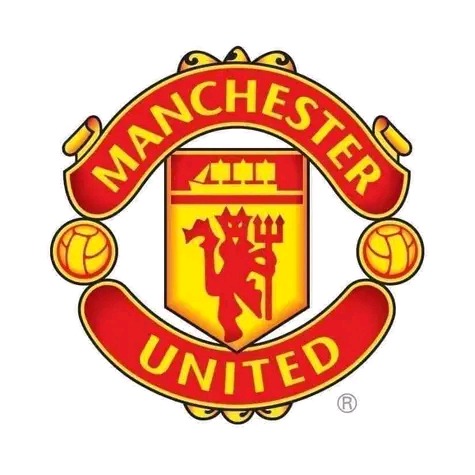 Manchester United is set for rebuild period under the former Ajax manager Eric Ten Hag. Ten hag has already stated the quality of players he wants at the club. Some of the players who will not fit in the system have already been shown the door. Such players include, Paul Pogba, Jesse Lingard, Juan Mata, Edison Cavani and many other youngsters from the academy.

There are also some players who are believed to be on their way out of the club such as Andreas Pereira, Chong, Phil Jones, Eric Bailey and Axel Tuanzebe.

Due all those departures and lack of quality players in the midfielder, Manchester United decided to do quality signing in that area in order to strengthen the team. One of the player who has been mention by most of the United fans and the club is Frankie de Jong. The two teams are still in the negotiation table in order to come into agreement for the sale of the player.

The other midfield partner who has been targeted by Manchester United is the former Tottenham midfielder, Christian Eriksen. Eriksen has been playing for Brentford since recovering for the cardiac arrest he suffered in the previous world Cup. Brentford have tried to convince him in order to remain at the club but, it seems like he want a team where he can compete for title, hence Manchester United is the place he prefers to be from next season. 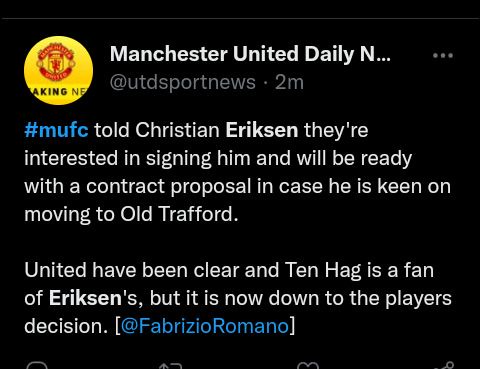 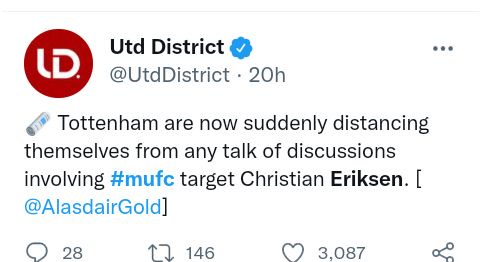