The finest, most intimidating defenders in the history of the Bundesliga.

By MaclayN (self media writer) | 16 days ago

The German Bundesliga has had many players who have played as defenders and have been outstanding.

There are others however who can be termed as intimidating due to their excellent technical and physical qualities and it was therefore a nightmare to face them as an opposition player.

Some of the finest most intimidating defenders in the history of the Bundesliga include:

*Franz Backenbauer-he is a retired German professional footballer who played as a defender.An elegant,dominant and a leader on the field,Backenbauer is arguably the finest defender to ever play in the Bundesliga or Germany and is credited with inventing the role of the modern sweeper.He won three consecutive European cups as well as four Bundesliga titles with Bayern Munchen. 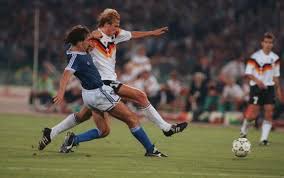 *Karl Heizz Schnellinger.-he is a retired professional footballer who played as a defender and is regarded as one of the best in history.A player with a huge physique,Karl was an intimidating defender he was an athletic and hard tackling defender who got nicknamed as the 'volkswagen' for his impeccable technical qualities. 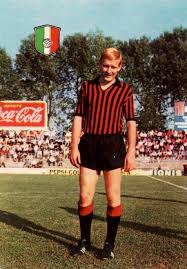 *Matthias Sammer-he is a former player who played as a defender for Bayern Munchen.He was a talented and energetic player with a good tackling ability,composure under pressure and a sense of positioning,qualities which made him become a World class defender. 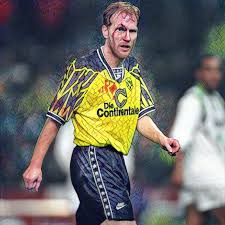 *Juergen Kohler-he is a former footballer who played as a defender.One of the best defenders ever,Kohler was known for his physical presence on the field,marking,quick reactions as well as good positioning. 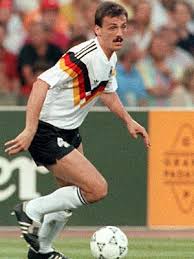 *Andreas Brehme-he is a former professional footballer who played as a left back and is mostly remembered for scoring the winning goal for Germany in the 1990 World cup final against Argentina via an 85th penalty kick.He was an efficient attacking full back and had a penchant for scoring even as a defender.He was known for his physique and stamina,excellent tecnical skiils,tactical intelligence and was also a great set piece taker. 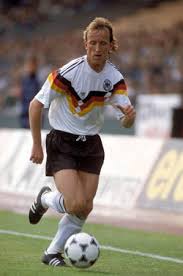 Top 4 Richest Footballers In The World

Sunday Both Teams To Score Prediction

Sunday Matches That are Set to Win You Big

The Unstoppable 4-3-3 Formation That Manchester United Should Use