By TruthfulNews (self media writer) | 2 months ago

In a shocking interview on Sunday, Cristiano Ronaldo claimed he felt "betrayed" by Manchester United and that the club's manager Erik ten Hag and other top executives are trying to get rid of him. 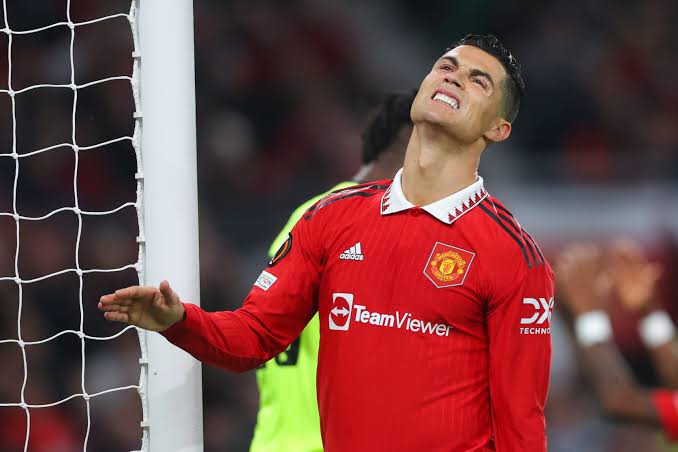 Since Ten Hag assumed leadership of United in May, the five-time Ballon d'Or winner has played only a supporting role.

Ronaldo was penalized for refusing to replace a player in a 2-0 victory over Tottenham last month, but he has since made a comeback. Last weekend, in a 3-1 loss at Aston Villa, he even led the Red Devils as captain.

But in United's final game before a six-week break for the World Cup, a 2-1 triumph against Fulham on Sunday, the 37-year-old was not included in the team.

In an interview with Piers Morgan Uncensored, Ronaldo described Ten Hag as lacking respect for him because of how he treats him.

"not just the coach, but also two or three additional people who are club members. I had a sour feeling." 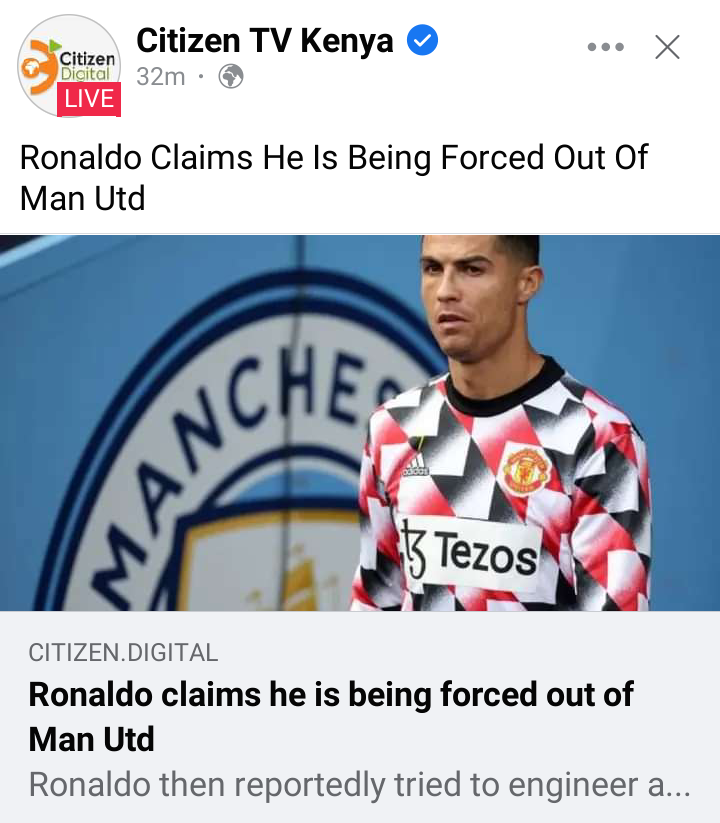 When asked once more whether senior club officials were attempting to get him fired, Ronaldo responded, "Yes, I felt deceived and I felt like some people don't want me here, not only this year but last year too."

Content created and supplied by: TruthfulNews (via Opera News )