By Kevinsupertips (self media writer) | 2 months ago

UD Las Palmas will be hoping for a repeat of their last result, following the 0-1 La Liga 2 victory versus Real Sociedad B.

In their prior 6 games, Pepe Mel's UD Las Palmas have hit the back of the net a combined total of 11 times, with that being an average number of goals scored per match equal to 1.83.

After suffering a loss in their previous game against Girona FC in La Liga 2 action, Fuenlabrada will be aiming to make amends here.

It is worth noting that Fuenlabrada have had real problems scoring goals in their past 6 games, recording the unsatisfactory return of only 4. In those fixtures, Fuenla have also seen the overall goal tally of their opponents equal 7. Previous results aside, time will tell whether the trend might persist in this upcoming match.

Going into this one, Fuenlabrada are without a win away from home in their last 5 league games. 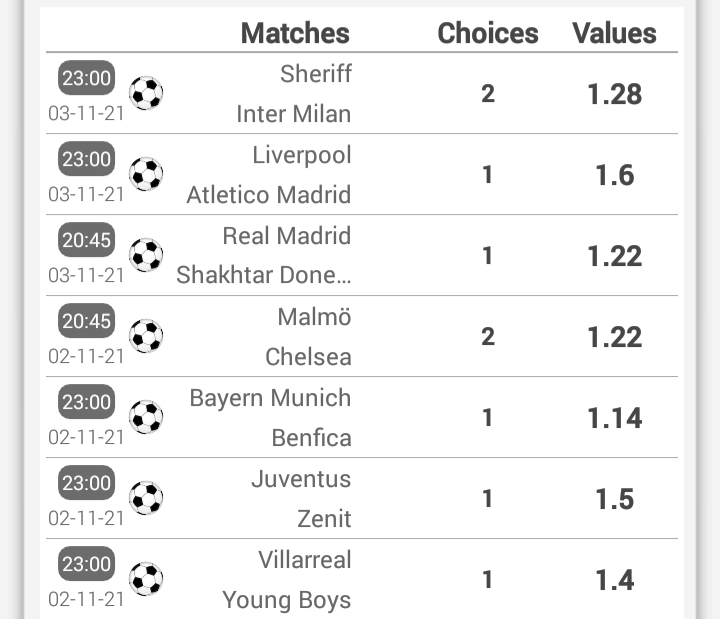 Eibar will be hoping to return to winning ways here after the 2-0 La Liga 2 losing effort in their last game against Real Valladolid.

Over their prior 6 fixtures, Gaizka Garitano's Eibar have hit the target a total of 10 times which gives them an average number of goals scored per match equal to 1.67.

Real Oviedo head into the clash following a 2-1 La Liga 2 win versus Málaga in their previous outing.

Coming into this contest, Real Oviedo have not been beaten in their last 5 away league matches.

Al-Ahli will be looking to improve on their last outing here after a 4-1 Stars League defeat in their last game at the hands of Al-Sadd.

It has been seldom in recent times where Al-Ahli have shown defensive steel. The facts show that Al-Ahli have been scored against in 5 of their previous 6 clashes, leaking 9 goals on the way. That being said, time will tell if the trend will continue on here in this match or not.

Al-Shamal go into this encounter after a 4-0 Stars League win as they beat Al-Khor in their previous outing.

Showing their penchant for eventful matches, goals have been celebrated 23 times in the last six games in which Al-Shamal have played, making it a mean average of 3.83 goals for each clash. Opposition teams have got 13 from this total.