Arsenal has overcome the reality check imposed by Liverpool the previous weekend back to winning ways thumping Newcastle United 2-0. Arsenal has put up a good show with impressive performances especially in the second half.

Starting from the far end, Aaron has yet again played an important role in the Arsenal win. His wonderful save against Newcastle's Jonjo Shelvey made sure that he keeps the Arsenal's clean sheet.

What has even made Arsenal fans go wild is the brilliant show put forth by Arsenal's full-backs. Both Nuno Tavares and Takehiro Tomiyasu created chances today for the both Arsenal goals. 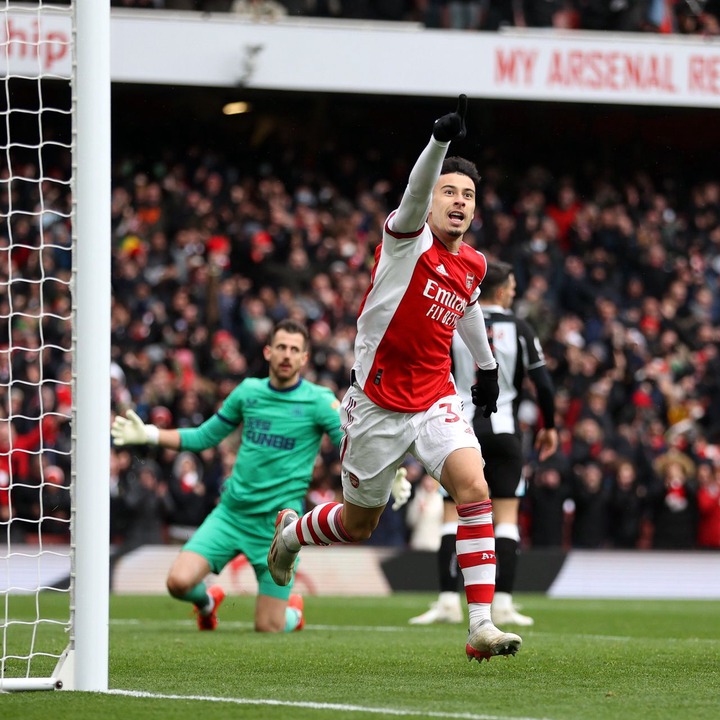 Martineli came on to replace Saka on the 66th minute and beautifully converted the chance he was provided.

What caught really the eye was the beautiful chemistry by Arsenal in the final third that led Saka to open the scoring. Nuno received the ball from Lokonga and shifted it wide to Saka who passed back to Smith Rowe. The move went on Rowe releasing the ball to Nuno who was in the box and the brilliant turn with his right did all and Saka had only Dubravka to beat.

The brilliant move by Arsenal says it all when Arteta hinted on " trusting the process." The Arsenal play is getting identity and shape and there can be glimpse of glory in the near future.

When you see the full-backs stepping up in attacking role that shows the spirit the team has now and where they want to go. The gunners now solidifies their fifth position level with forth placed WestHam with 23 points.

The gunners have the next fixture when they take on Manchester United and aim to continue their unbeaten run once again. With the spirit at which the team is fighting, do you think Arsenal will keep up with top four pressure?