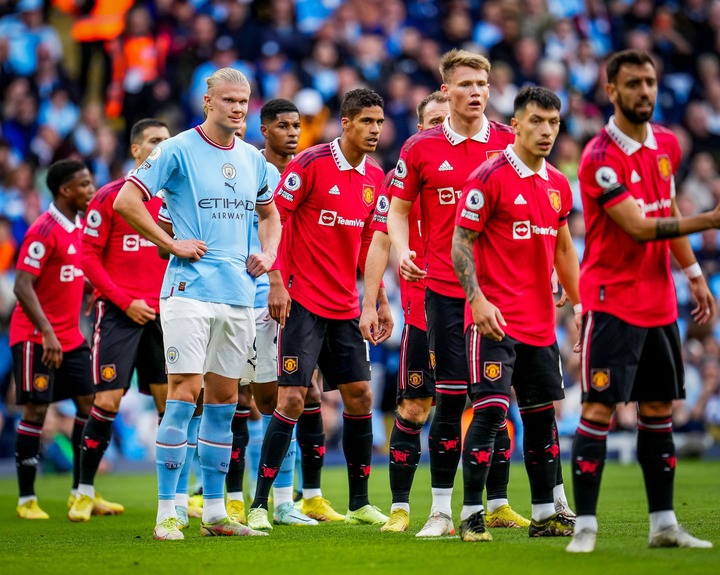 The way Manchester City played against United during the first half gave fans a shocker, with some Man United fans being spotted as they left the pitch. 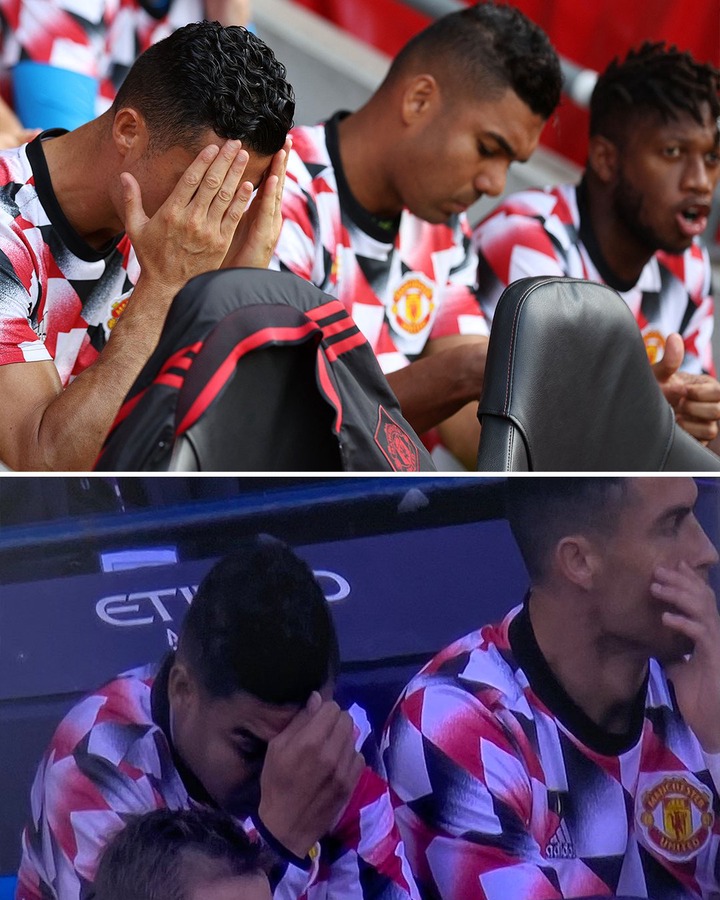 In truth, the performance was terrible, with City scoring one of their goals after centre back Raphael Varane went out injured. Erling Haaland was a complete menace, with Man United players not knowing how to stop from scoring. 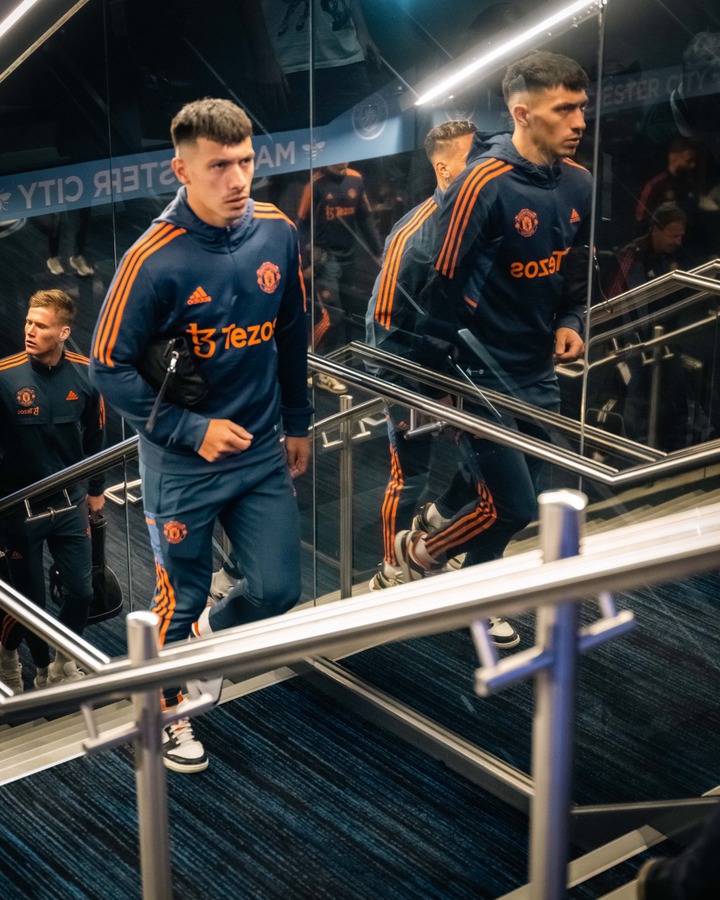 His two goals in the first half for instance, were taken with devastating execution. Most Man United players were poor throughout the match, with the likes of Mctominey and Ericksen, failing to have any impact in the game.

However, Man United's second half performance was much better due to the performance of two players. One was Brazilian signing Casemiro, who replaced the poor Mctominey in the second half. The second and most important, was France striker Anthony Martial. 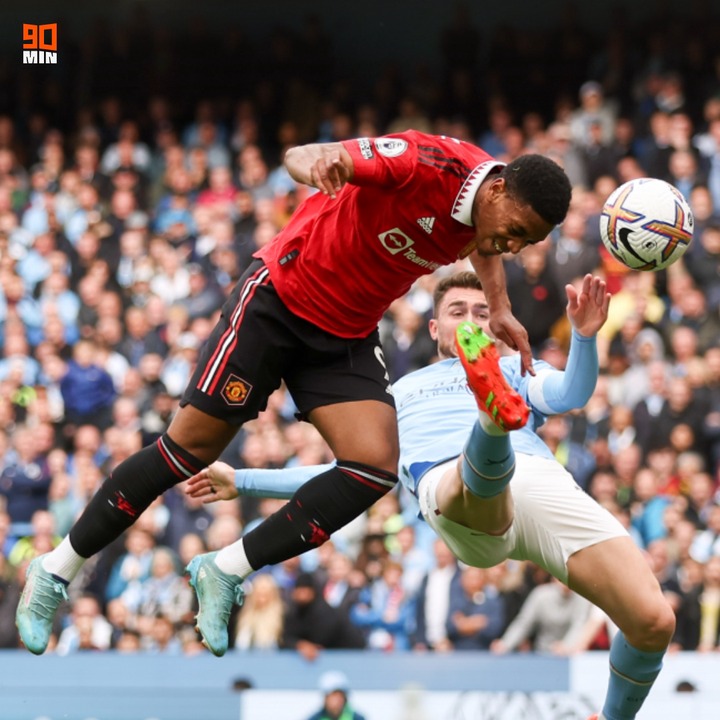 Martial who has come out of injury scored twice for Man United during the heated contest. Martial is likely to become United's main striker this season, since Rashford does not have the qualities of a true striker. 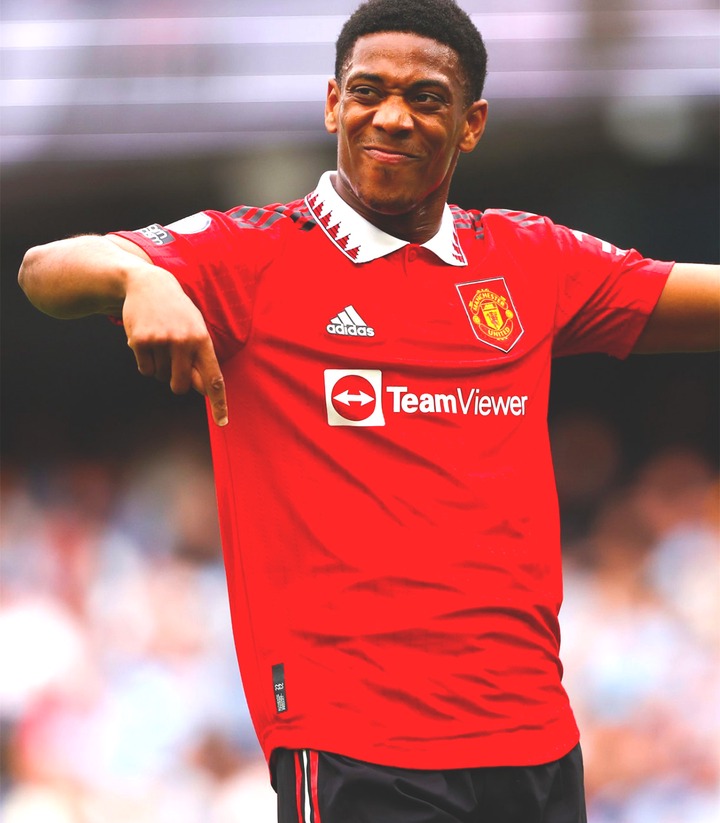 Martial has now scored more goals than Liverpool signing Darwin Nunez despite playing a total of less than 90minures. Here are some reactions to his performance. 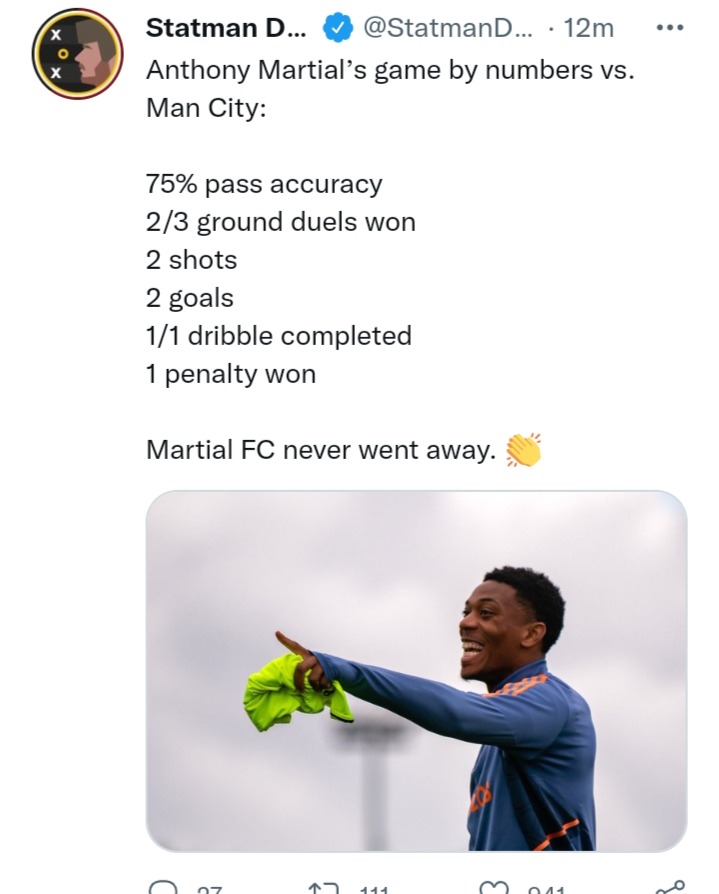 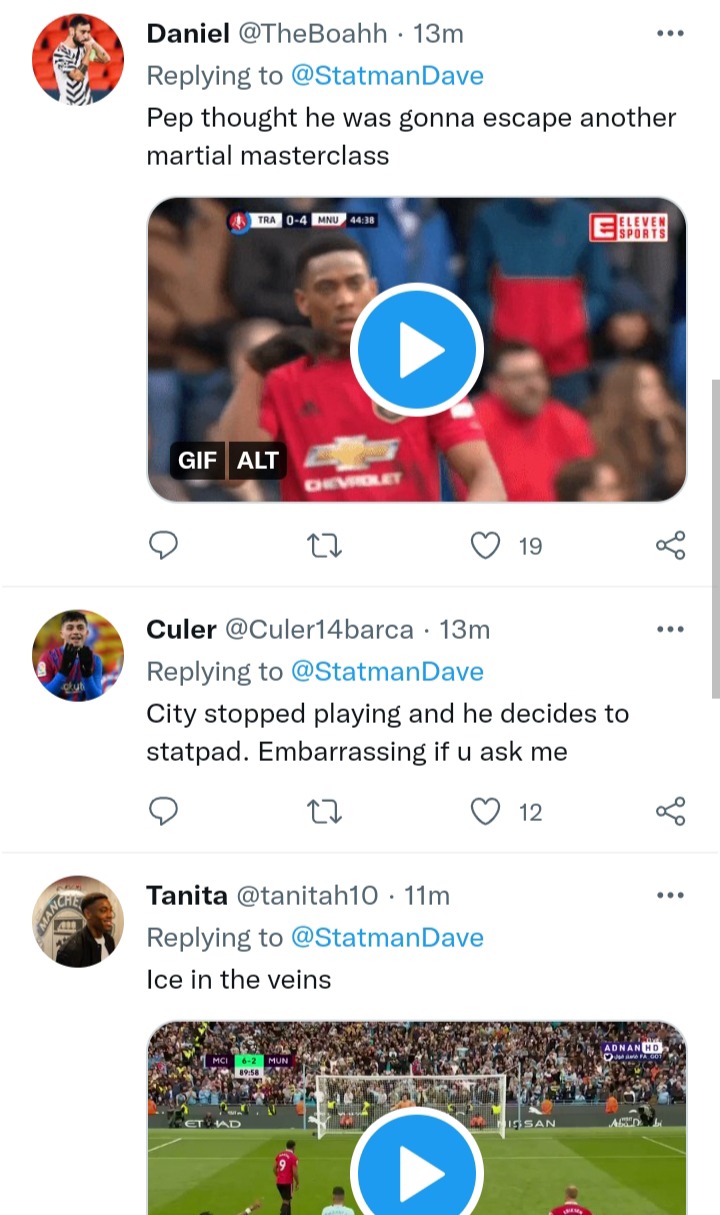 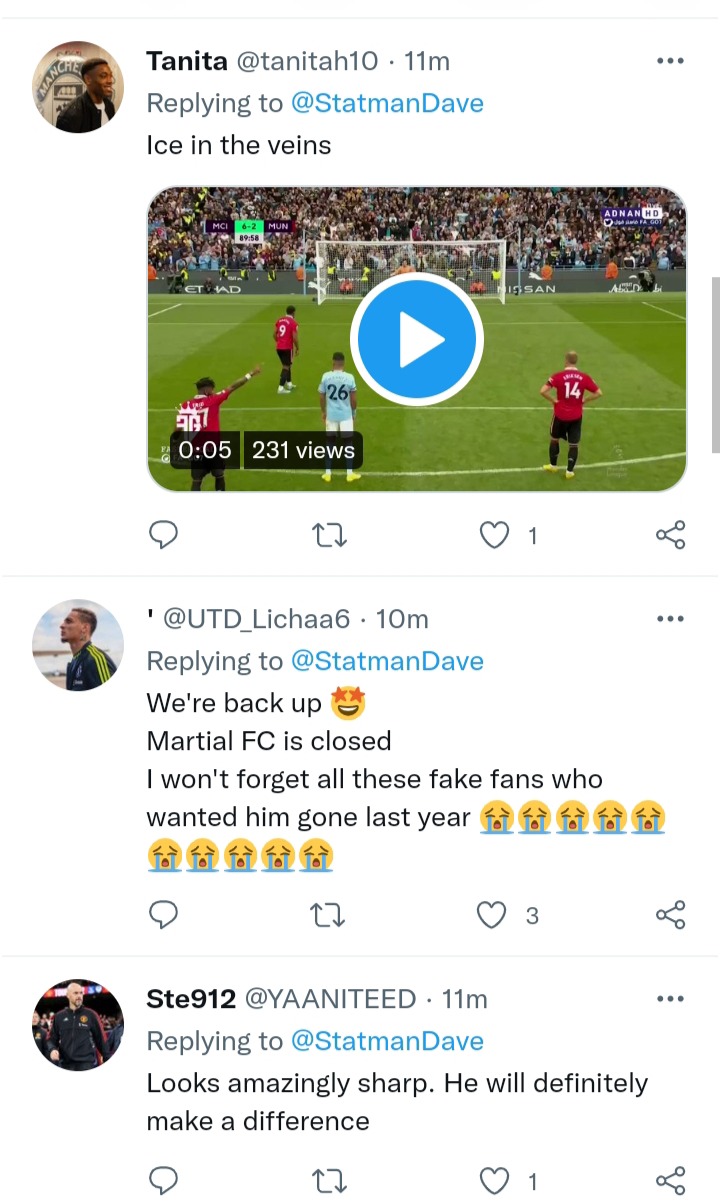 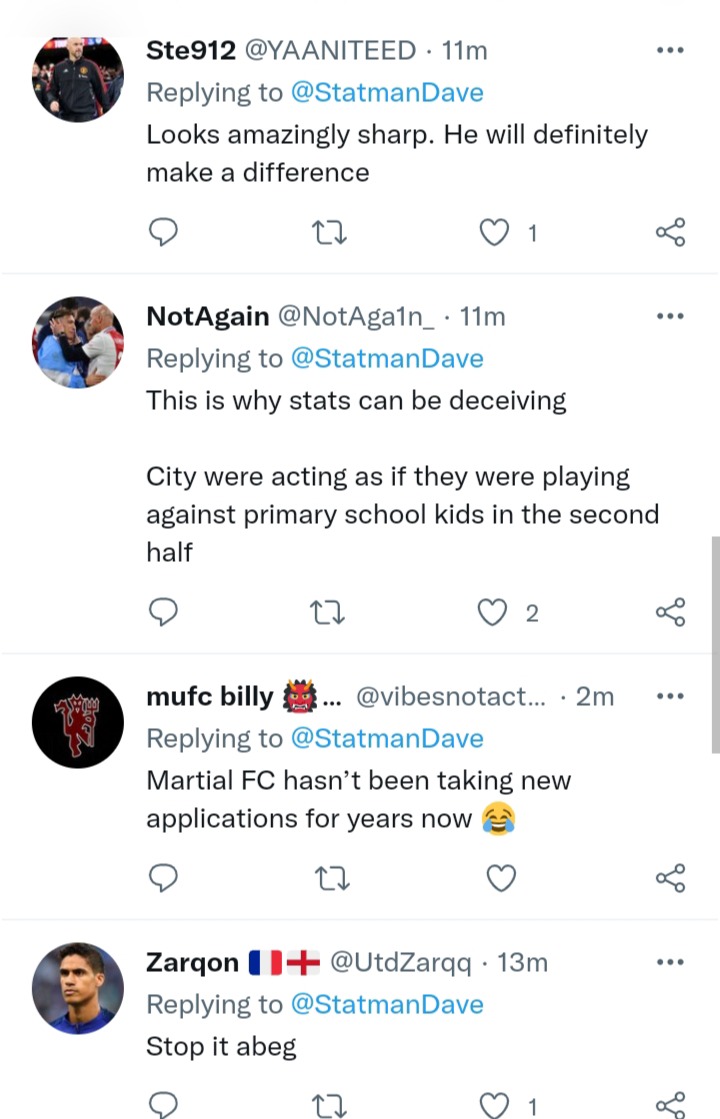 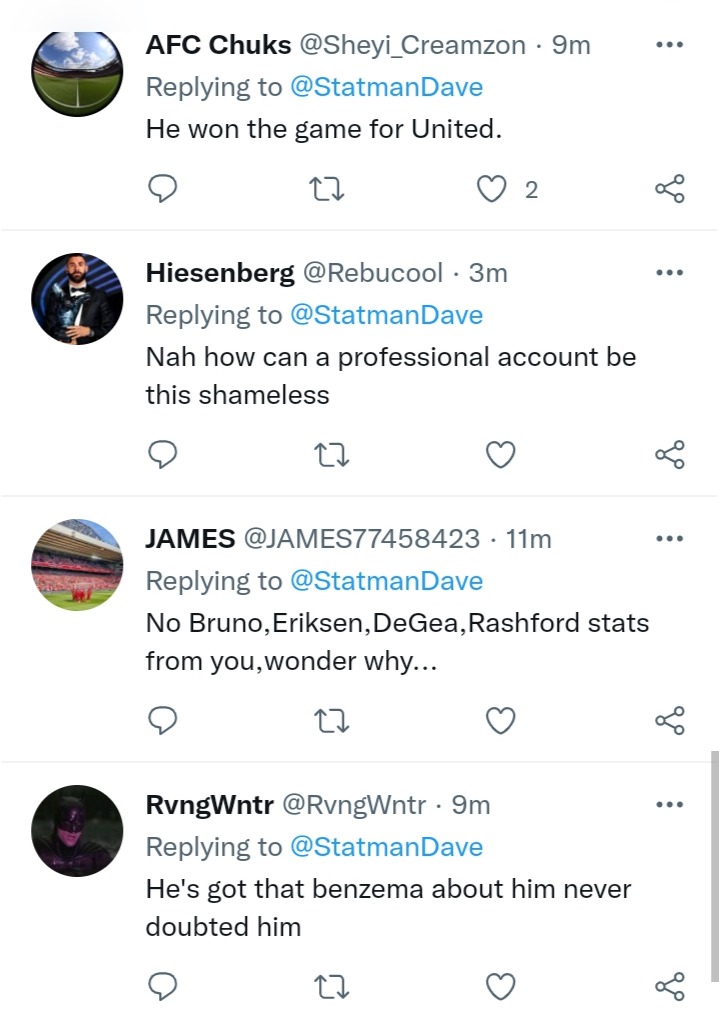 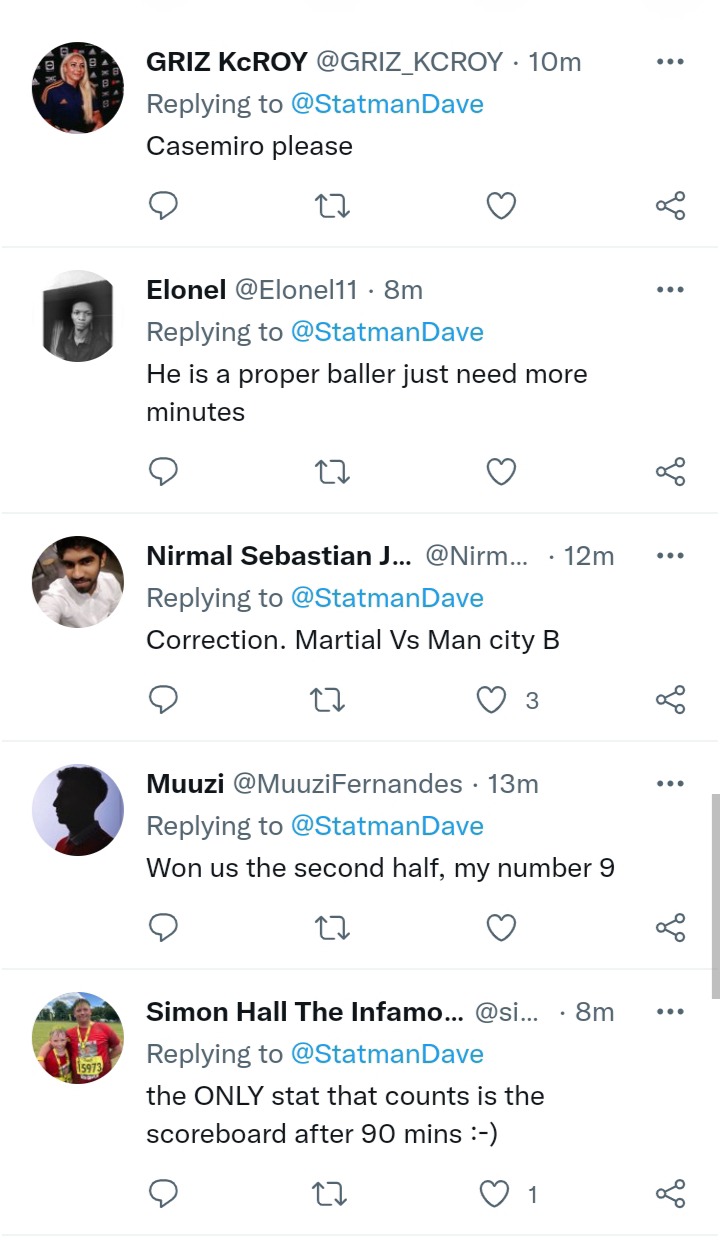