After defending his Olympic Gold Medal title in the Tokyo Olympics in a time of 2:08:38 in the men’s marathon, Eliud Kipchoge will be battling out with nine other athletes across the world for the 2021 world Male Athlete of the Year award. An award he previously won both in 2018 and 2019. 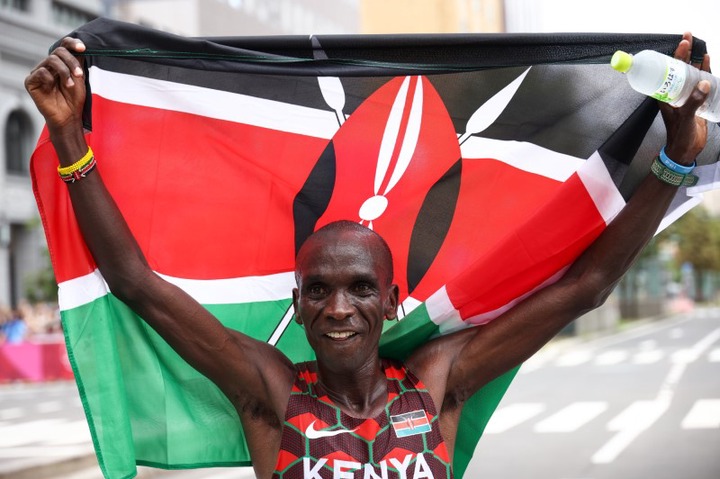 Kipchoge was included in the list for his largest winning margin of 70 seconds in men’s Olympic marathon since 1972, a fit he accomplished in 2016 Rio De Jeneiro Olympic games, when he ran and won in a time of 2:08:44. 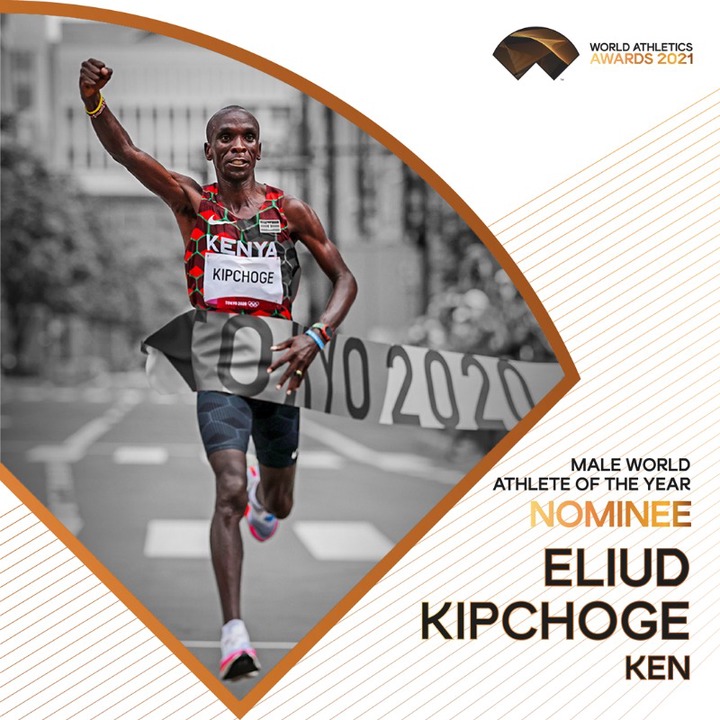 He was also named in the list for his record breaking wins at the 2020 Olympics and Enschede Marathon that was held in the Netherlands on 18 April 2021.

The Marathon World record holder was today nominated for the World Athletics awards alongside Uganda’s Joshua Cheptegei who also had a splendid season this year. He was second in the 10000m race and first in the 5000m race at the Tokyo Games. Others shortlisted for the coveted award in the Men's category are Jakob Ingebrigtsen and Karsten Warholm of Norway, Damian Warner of Canada, Miltiadis Tentoglou from Greece, Daniel Stahl and Mondo Duplantis from Sweden, Pedro Pichardo of Portugal and Ryan Crouser from the United States of America. 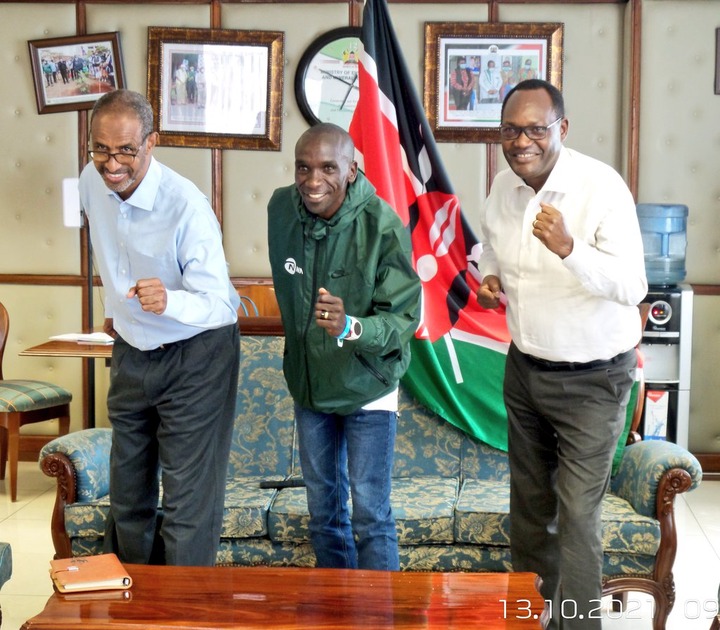