By Paulinesafari (self media writer) | 3 months ago

Manchester united's summer signing Antony has now scored in three consecutive premier league appearances for the Old Trafford outfits and Paul Scholes may need to rethink his verdict on the £85m summer arrival.

Scholes recently described Antony as a one trick pony following the Brazilian's display against Omonia in the Europa league. 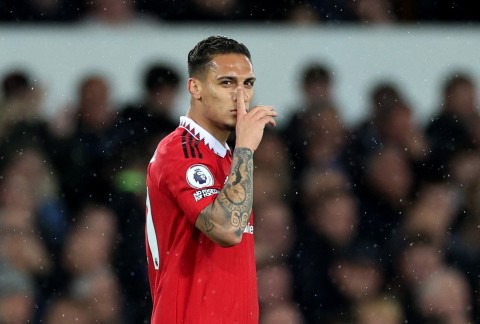 The former united man said that Sancho never really runs in behind and he needs a fast right back or center forward to link up with, he believes Antony is the same.

Scholes said the former Ajax man is a one trick pony and always cut's in and either passes the ball back to the full back or having a short.

However, after scoring the equalizer against the Toffees, Antony seemed to be sending a message to Scholes and his critics by putting a finger towards his mouth.

After being sent the picture of Antony's celebration, He responded by captioning 'whoops.'

Erik ten Hag also hailed the Brazil international after the game saying that this was his best game because of how he could run in behind, defend well and do the press.

The united boss also feels this is the premier league and he could still get even better and they will try to get the best out of him.

Content created and supplied by: Paulinesafari (via Opera News )