Maccabi Netanya, who won their previous game, will hope for a similar result following a 2-0 Ligat HaAl triumph over Maccabi Petah Tikva.

It’s been all too rare in recent games where Maccabi Netanya haven’t conceded. In fact, Maccabi Netanya have been scored against in 5 of their previous 6 games, letting in 8 goals during that time. We shall soon see whether or not that trend will end up being continued on into this next match.

Heading into this contest, Maccabi Netanya are undefeated in their previous 3 league matches at home.

FC Ashdod head into the meeting following on from a 1-0 Ligat HaAl win over Hapoel Jerusalem in their last fixture.

During their six previous matches, Ran Ben Shimon's FC Ashdod have converted a total of 7 times - giving them a goals scored per game average of 1.17.

Coming into this contest, FC Ashdod are undefeated in their previous 2 league matches away from home. 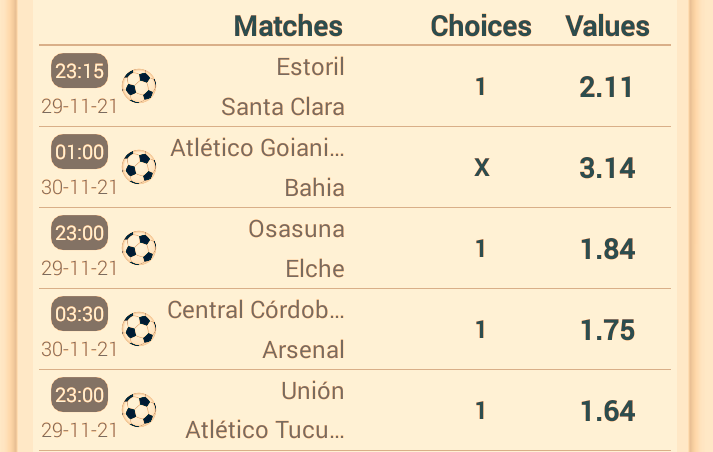 Cremonese will be wanting a better result here following a 1-0 Serie B loss in their previous game against Alessandria.

It has been a rare occasion in recent games that Cremonese have shown defensive steel. The reality is that Cremonese have failed to prevent opponents from scoring in 6 of their previous 6 games, letting in 7 goals on the way. Despite that, it remains to be seen if such a trend will be replicated in this game or not.

In their last game, Frosinone drew 2-2 in the Serie B tie with Pordenone.

In that game, Frosinone had 61% possession and 26 attempts on goal with 7 of them on target. The scorer for Frosinone was Gabriel Charpentier (74', 96'). At the other end, Pordenone had 10 shots at goal with 2 on target. Alberto Barison (48') and Nicolò Cambiaghi (86') scored for Pordenone.

Looking at their form, and Frosinone have been scored against in 5 of their last 6 games, seeing their opponents hit 6 goals in all. In defence, Frosinone seem to have a bit of a soft underbelly.

Heading into this contest, Frosinone have not been beaten in their last 8 league matches away from home. Impressive, to say the least.

Pisa will want to continue from where they left off last time out with the 0-1 Serie B triumph over Brescia.

Under three goals per match were scored during 6 of the last 6 meetings where Pisa have been involved. In terms of the goal attribution in this period, opposition teams scored an aggregate of 5 while Pisa got themselves 5. We will find out whether or not that trend can be sustained into this next match.

Ahead of this clash, Pisa are undefeated in their previous 10 league matches at home. A very good run at home.

In their previous fixture, Perugia drew 1-1 in the Serie B tie with Cittadella.

Massimiliano Alvini's Perugia have slotted home a total of 6 times in the course of their previous six matches. The number of goals that they have conceded during that same period equals 8.

New January 2022 Movies Released This Week You Should Watch