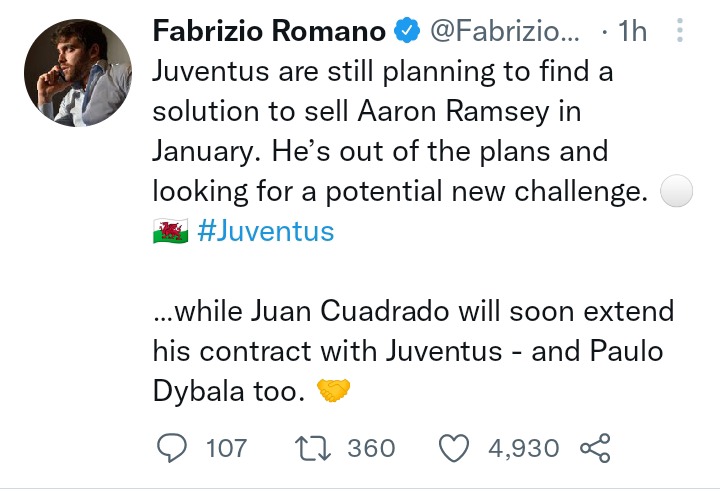 According to football guru Fabrizio Romano, Juventus have decided to shortlist Aaron Ramsey to the transfer market in January since the club has run out of alternatives to find a place for him in the squad. The Welsh attacker has mutually accepted this decision as he seeks to rebuild his reputation in another club past January. Ramsey has been struggling a lot in the past three years at Juventus and this potential transfer move could be a stepping stone for him as he nears his peak.

Arsenal could capitalize on this fallout and sign Ramsey in January as a way of strengthening their attacking force. Now that Smith Rowe has been switched to the left-wing, Ramsey could be Odegaard’s new competition for the number 10 position. 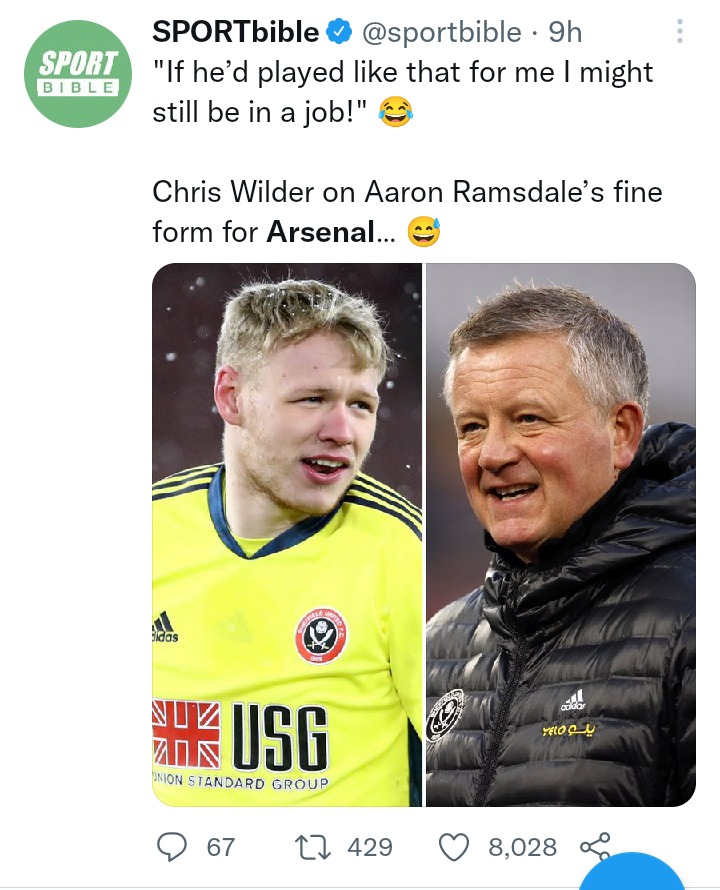 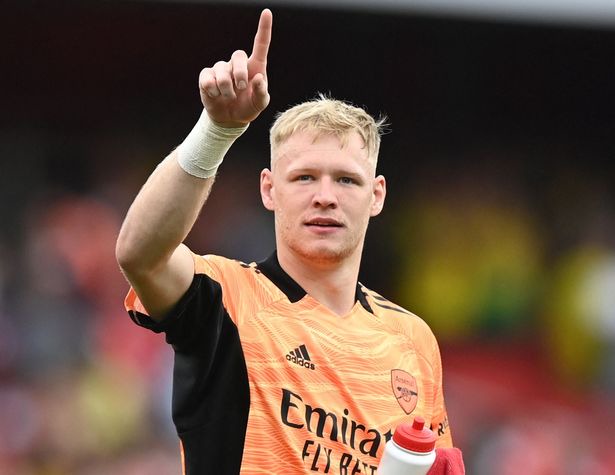 Currently, Ramsdale is training with the England National team as they prepare to take on Albania and San Marino this week and next week in the international break. Following his stellar performance in recent gameweeks, he is highly in contention to start either game. 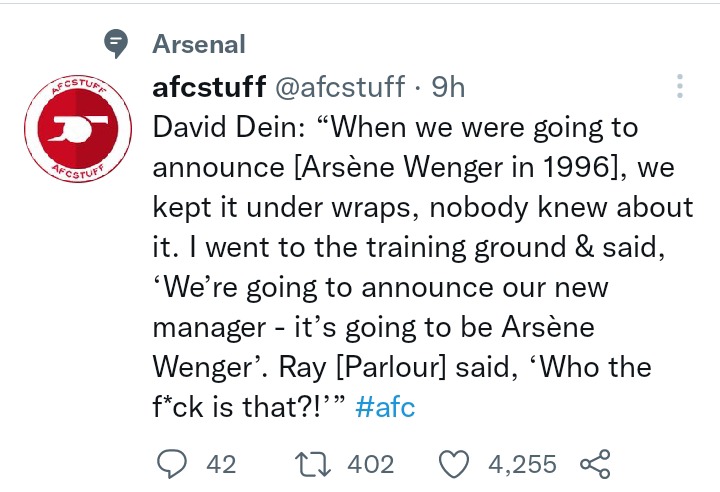 Former Arsenal football director David Dein said that Arsene Wenger’s appointment in 1996 was a shocker to some of the players since they did not know who Arsene Wenger was. He said that the then captain Ray Parlour was astounded to hear Wenger was going to be the new coach and he doubted Wenger’s credibility because at that time he had won nothing special. However, over the years, Wenger earned a good reputation with the players and fans, and right now he is considered the greatest Arsenal manager.