This season is set to be an entertaining Premier League campaign, as Chelsea, Manchester City and Liverpool are the favourites to win the Premier League trophy.

However, Chelsea football club is currently ahead of both Manchester City and Liverpool on the Premier League table.

Have a look at the league table below; 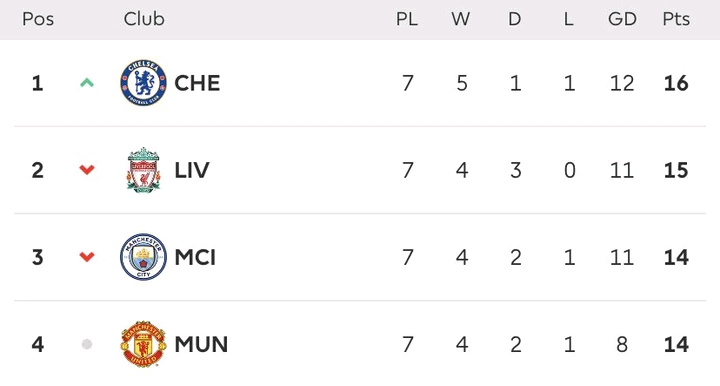 Remember, FC Chelsea became the Premier League leaders, following their outstanding performances against Southampton. The victory saw them a 3-1 scoreline. Thanks to Thomas Tuchel for his tactical coaching tasks that he delivers tirelessly to his squad.

Based on their current position, the Blues are at the top of the league table with 16 points but there is a need to widen the gap between them and Liverpool. Why?

This is because Liverpool is one point away from Chelsea on the league table while Manchester City on the other hand is two points away from the top spot. This dictates that, Chelsea FC ought to improve on their performances, only if they need to continue sitting on the top spot of the league table.

The Blues are set to face; Brentford, Norwich, Newcastle, Burnley and Leicester City in the Premier League. Although Brentford and Leicester City might seem to be so challenging to Chelsea, it means that, Tuchel's team should ensure that they obtain all the 3 points from every match in these next 5 games.

Meanwhile, the recently promoted side (Brentford) seem to be yearning for a place in the top four positions, which could mean a Champions League appearance for them.

Leicester City emerged the winners of last season's FA Cup, after defeating Chelsea in the final round, hence Tuchel is well aware of the threat they pose, thus would do well to prepare his team against them. 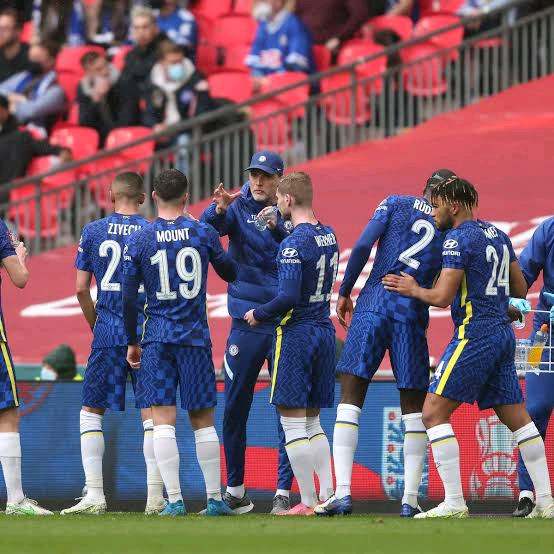 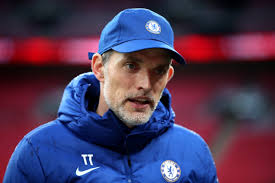 What's your opinion as a reader? Do you think the Blues will maintain their position upto the end? Please like, share and drop a comment below. Thank you for reading.

Rayvanny's Baby Mama Fahyma Says She Didn't Cheat On Him

If you Realize These Three Things in your Relationship, Its Better to Leave it for Your Safety

"No Place To Hide" Peter Drury Destroys Ole Gunnar Before The Glazers, Fans At Old Trafford