By OmnuneOdongo (self media writer) | 2 months ago 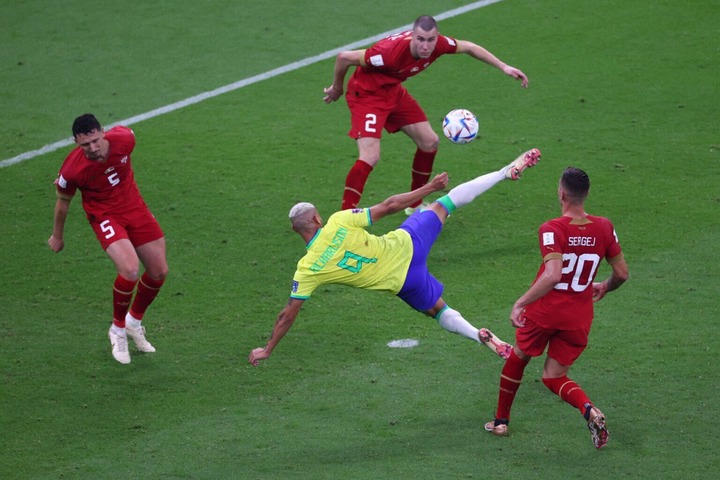 24/11/2022: Man of the Match Richarlison Spread-eagle for the Thunderbolt-For Illustration Only-Source Getty Images

A touch, an aerial spin ending with a thunderous scissor volley-all in a split second-made the loudest announcement at the Quadrennial 2022 Qatari World Cup Tournament yesterday: "The Samba is here not just to win the 22nd edition of this FIFA extravaganza, but to delight the world on the way to victory." 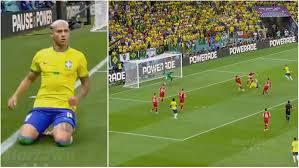 Vini Junior received a return ball from Neymar Jnr. just outside the 18 yard box. Three steps took him into the box with three Serbians cycling around him like sharks ready to pounce. Three others swarmed Richarlison, to Vini's right, like bees; with two others closing in from the mid-field. The three Brazilian forwards found themselves far out-numbered. Richarlison needed instinct, composer, lightening speed and razor sharp accuracy to deliver his second goal. The 25 year-old did not disappoint.

Vinicius Junior lifted an inch-perfect pass between two of the Serbians marking him. In a split second, with his back turned to Vanja Milinkovic Savic's goal, Richarlison received it with the left foot, juggled it, spun into a spread-eagle, shifted to his right foot and bang!

Millinkovic-Savic, Pavlovic and Veljkovic were left chasing a mirage, as Vanja M. Savic clutched at straws in goal. The volley found its mark-the near corner of the back of the net-and stubborn Serbians were put in their proper place-twice victims of the deadly Neymar-Vini-Richarlison combination.

The 62nd Minute Goal that Started it All 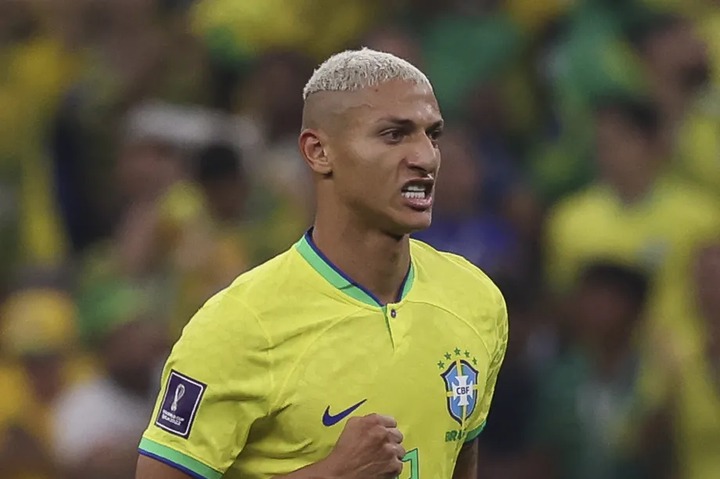 The first goal, seventeen minutes after the restart, followed a similar triumphant pattern. From the left edge of the penalty box, Vini cut the ball in to the advancing Neymar who wove his way into the box. As he let the ball roll, Vini shot, the goalie parried! Richarlison reacted fastest to the rebound and with his right foot, directed it to the back of the net. 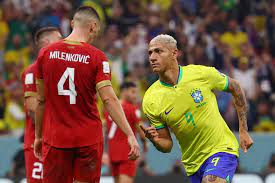 This One for Neymar, Richarlison Seems to Tell 6 foot-4 inch 90 Kg. Giant Nikola Milenkovic, who Had Relentlessly Tackled His Brazilian Captain in the Whole Game-For illustrtion Only-Source Getty Images

The world erupted in jubilant ecstasy. The 83,103 spectators in the Lusail Iconic Stadium roared. The world deserves the best. Brazil gave the best, and apparently, there is plenty more in store-Neymar or no Neymar.

Content created and supplied by: OmnuneOdongo (via Opera News )