Tuesday's Analysed Sure Predictions To Bank On

By Giddyngenoh (self media writer) | 1 month ago 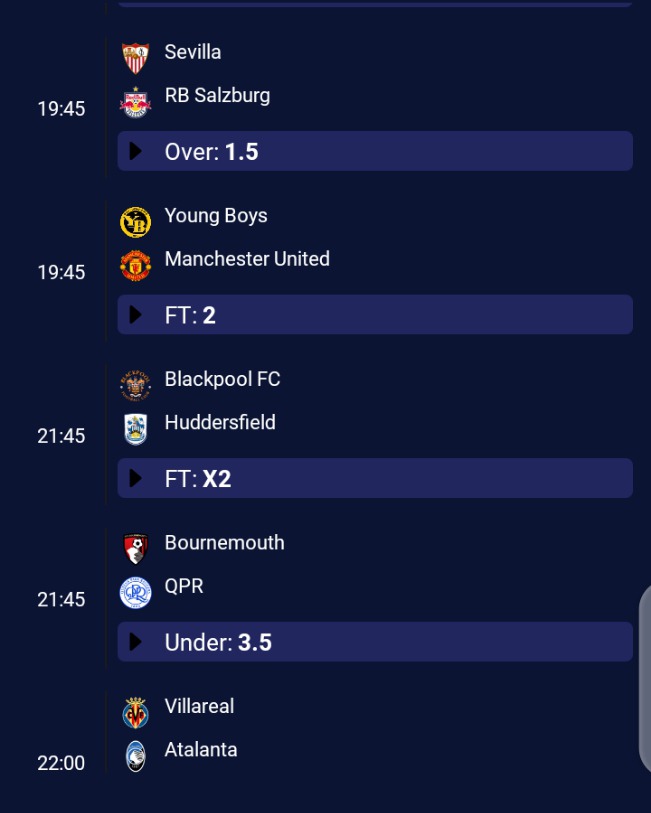 The game will start at exactly 10pm in the evening. Their first game was a draw, where each team scored one goal each, and their last game was a win for Wolfsburg with three goals away victory.

Prediction: Wolfsburg to win or draw.

The game will begin at exactly 10pm in the evening. From their previous last two games, Juventus has won all the two games.

Prediction: Juventus to win or draw.

The game will begin at exactly 10pm in the evening. From their previous last four games together, Benfica have won the last three games while Dynamo have won for one game only.

Prediction: Dynamo to win or draw.

The game will start at exactly 10pm in the evening. From their previous last five games, Bayern have won four times while Barcelona have won one time.

The game will start at exactly 10pm in the evening. From their previous last five games together, Derby have won three times while West Brom won the last game with two goals.