By WillyKim (self meida writer) | 15 days Arsenal have been handed a major blow after left back Kieran Tierney was taken off yesternight in the 3:0 defeat at home against Liverpool.He was taken out just before halftime in what looked like a discomfort.

Kieran Tierney has been one of the best and consistent players Arsenal have had this season.However injuries have not spared him either.A couple of times he has missed games with some discomfort especially in the thigh. 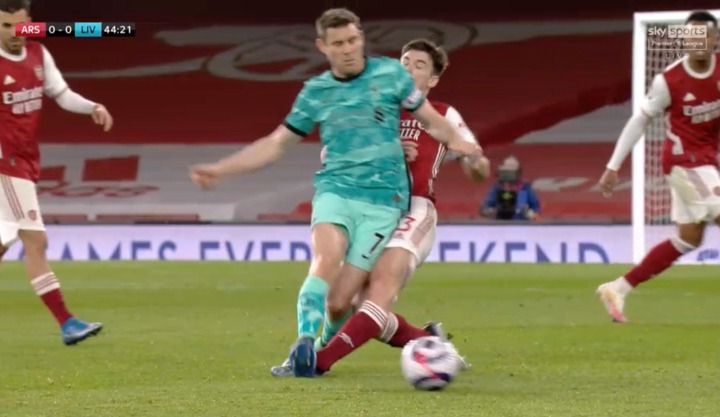 Kieran Tierney had a stellar performance I'm the international break as he managed to register three assists with parent team Scotland National.He was expected to reciprocate the same at home only to pick up an injury. 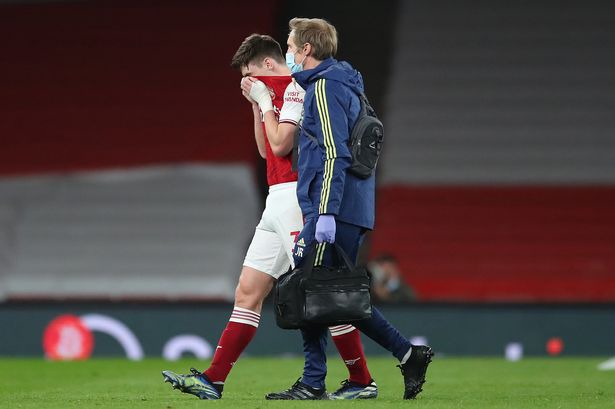 He now joins other players who missed today such as Bukayo Saka and Smith Rowe.Bukayo Saka has a discomfort in his things and that's why he has not been able to play since the international break.He ahs played a lot of matches for Arsenal this season and for a player his age, it was bound to affect him.

Emile Smith Rowe picked up an injury with the England National team.That is why he was not involved yesternight.He forms the list of injured players together with Smith and Saka.The three have been the best players this season for Arsenal.Quick recovery to them.

Tow Teams That Must Win Tonight

Opinion: The Next Club For Mourinho after Tottenham Sack

UEFA Executive Hints on When Manchester City, Chelsea and Real Madrid Could be Kicked Out of UCL

BREAKING: Chelsea and Manchester City Likely to Be Kicked Out of Champions League by Friday

Gunners Could Be BLOCKED From Signing Foreign Players After Joining European Super League.