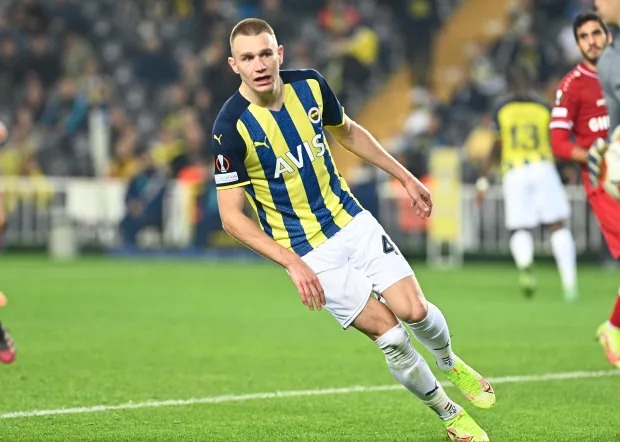 Chelsea fans have been left impressed after the club made an official move for Turkish Super Lig side Fenerbahce and Hungarian center-back Attila Szalai. In a report by Football Insider, The Blues have held talks with the 23-year-old's agents over a potential January transfer, as they look to reinforce their back-line in spite of the incredible defensive record they've had so far.

Szalai has reportedly emerged as Chelsea's top target and discussions are already underway. ROGON, his representatives, held talks with the Blues' hierarchy in London over the mive. Chelsea are believed to be ready to test Fenerbahce's resolve to hold onto the defender, whose impressive performance in the Euro 2020 caught the attention of a host of top European clubs. The London-based club are beliwved to be ready to make an offer in the region of €23.4 million to the Turkish side, with Szalai exected to sign a 6-year deal worth €4million per year.

The center-back has so far earned 23 caps for Hungary, and featured four times for Fenerbahce in the Europa League. His current contract with the team runs out in the summer of 2025 and it is believed the club will be looking to offload him to fund their January transfer spree.

Chelsea boss Thomas Tuchel is keen on getting a highly rated center-back amid growing doubts over the future of Germany international Antonio Rüdiger, Brazil's Thiago Silva and Danish defender Andreas Christensen. Both Rüdiger and Christensen are in the final stages of their contracts and efforts to get them extended have so far bore no fruits.