Rubin Kazan have not lost to Khimki in their last three matches when playing on home soil.

Filip Uremovic has more yellow cards than any other player at Rubin Kazan. Aleksandr Troshechkin has collected eight for Khimki since January this year.

Khimki have lost two of their last 5 away matches this year and have scored eight goals in six matches.

Monaco is the only team with the Ligue 1’s best record having lost just twice in their past matches.

The visitors have scored 38 times in twelve games since the beginning of the season.

Monaco have averaged two goals per match in Ligue 1 this term.

Both teams have scored in ten of Eintracht Frankfurt’s last eleven matches this season.

Five of the last seven meetings between these two teams have seen both teams score and over 2.5 goals per match have been witnessed.

Usti nad Labem's away record this season is 4-0-3. They have conceded in three of their last five matches.

During the last nine meetings with Jihlava playing at home, Jihlava have won seven times, there have been no draws while Usti nad Labem have won twice. The goal difference is 27-15 in favour of Jihlava.

Viettel have lost two of their last 4 away assignments in their domestic league.

During the last six meetings with Nam Dinh playing at home, Nam Dinh have won thrice, there have been two draws while Viettel have won only once. The goal difference is 7-3 in favour of Nam Dinh.

Hermannstadt haven't won in their last five matches this term.

When playing at home, Voluntari have not lost to Hermannstadt in their last four assignments.

Voluntari have played eight home games in a row without winning so far. 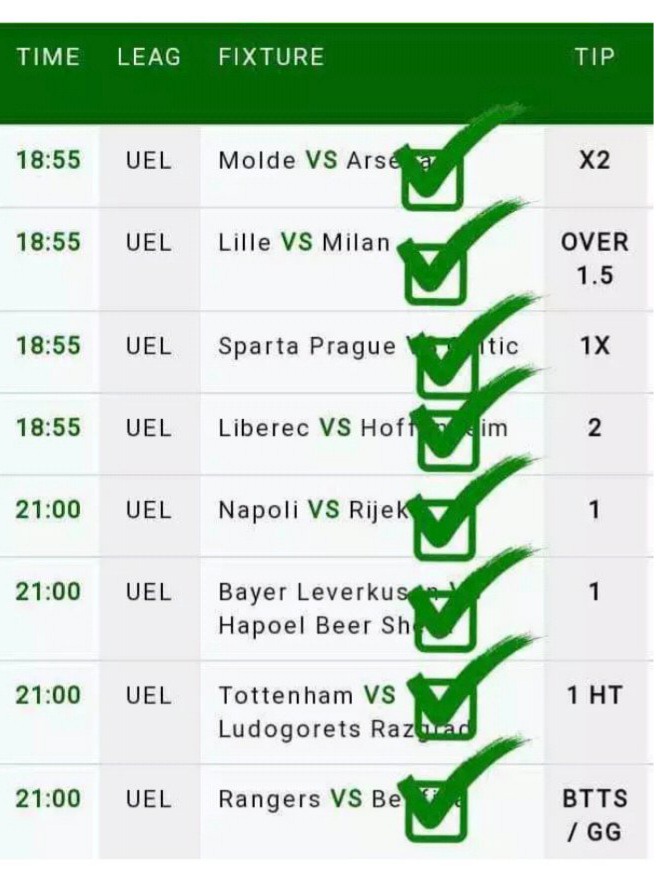 Ruto Team in Mt. Kenya Region That May Make him Strong in his Presidential Ambition Come 2022

FINALLY: Good News Of Relief To HIV/AIDS Patients And All ARVs Beneficiaries

6 Jobs That Will Give You Valuable Lessons

TSC To Proceed With Interviews For Diploma Teachers As Planned