Man United Almost Beats Up Christian Ericksen, Does This After Realizing Who He Was About To Fight

By @Embiannewswriter (self media writer) | 10 months ago 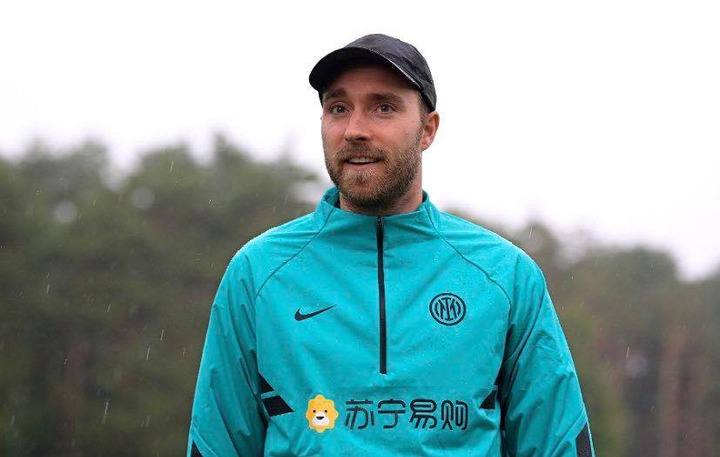 Former Tottenham midfielder Christian Ericksen, shocked the entire football fraternity during the Euro competitions after he collapsed on his own and became unconscious for a few seconds during one of the games. 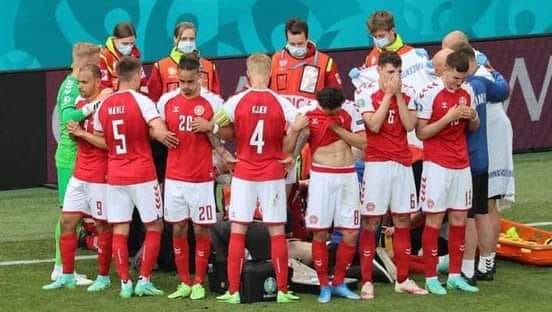 Ericksen, has since been given a heart monitor, which monitors his heart rate when he is on the football pitch. He is supposed to wear it at all times when playing football. 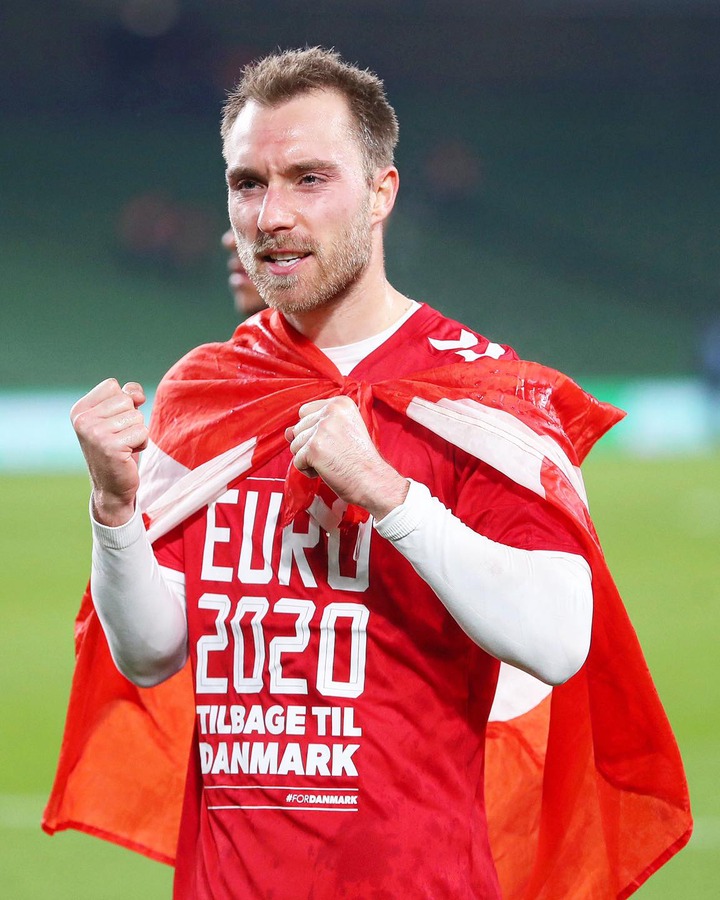 With Italy not allowing players with heart monitors to play for their league, the midfielder has since been forced to return to England, whereby he is trying to stop Premier League team Brentford, from getting relegated. 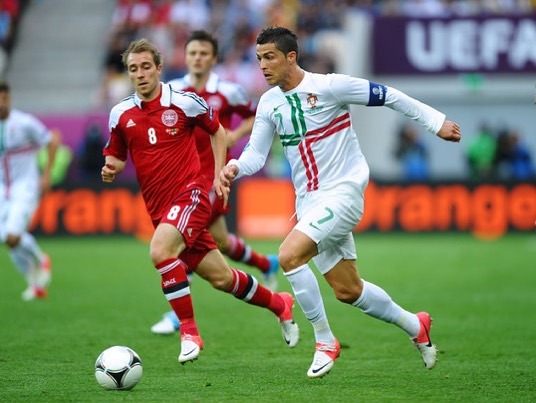 During Brentford's game against Norwich on Saturday, Ericksen was involved in a hilarious moment with a Manchester United player, who is playing on loan at Norwich. The player in question was Manchester United full back Brandon Williams. 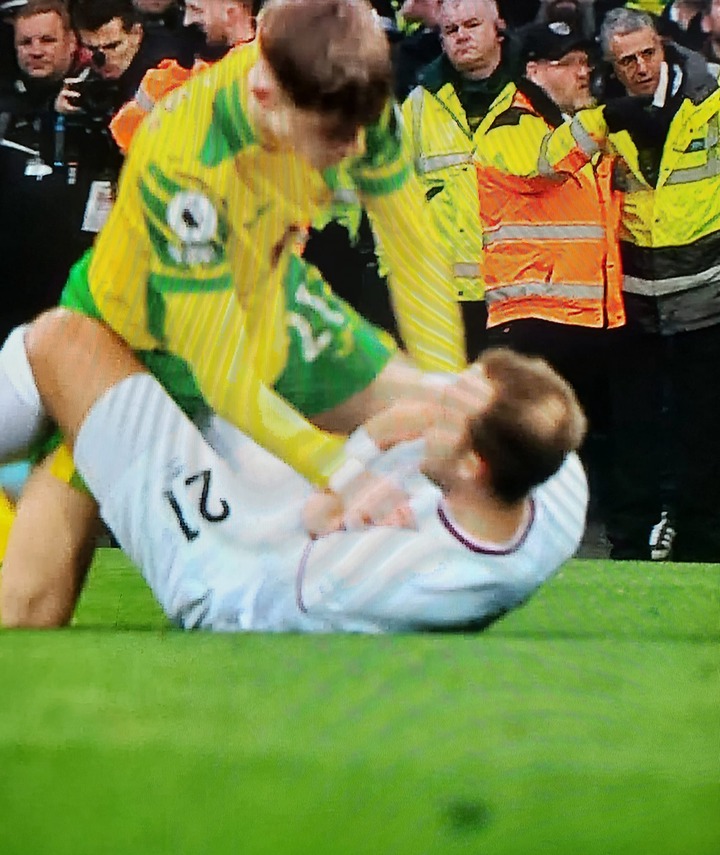 However, after Williams noted that it was Ericksen who had tackled him, he went on to give him a hug, before walking away with a smile. Here are some hilarious reactions by football fans, to the incident. 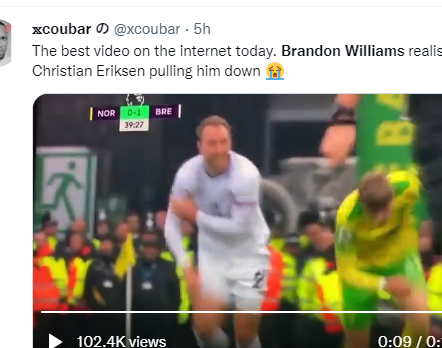 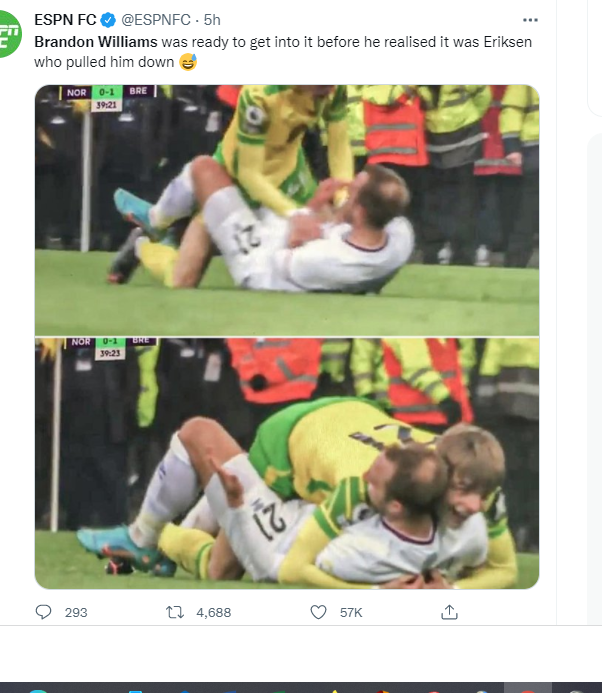 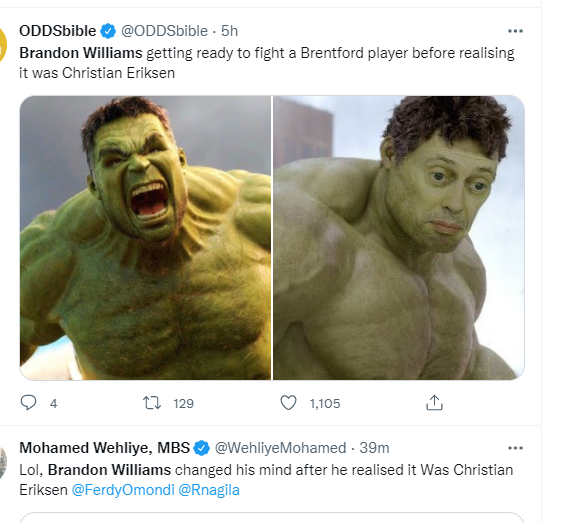 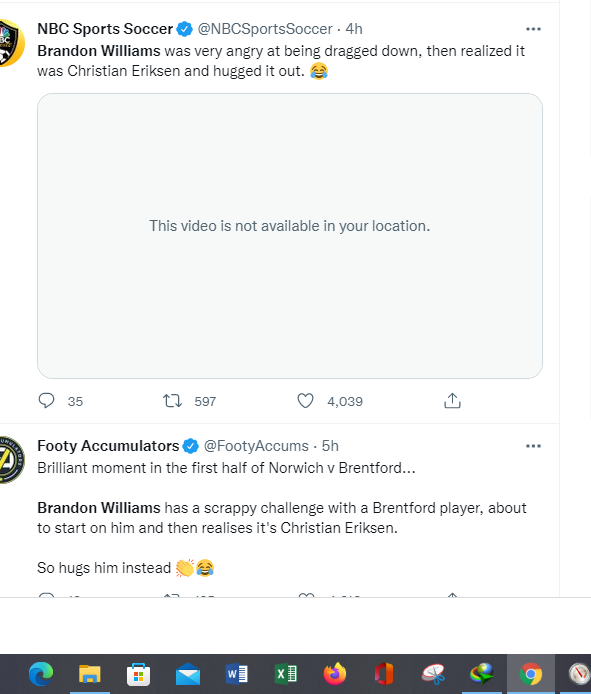 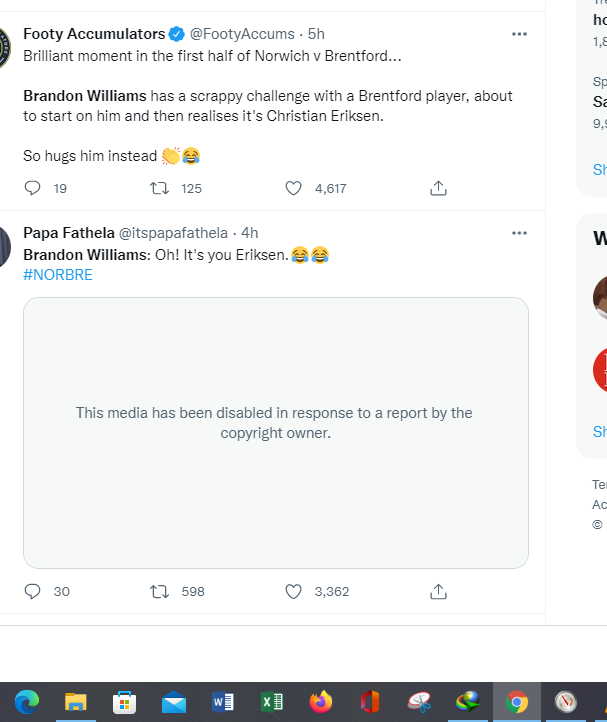