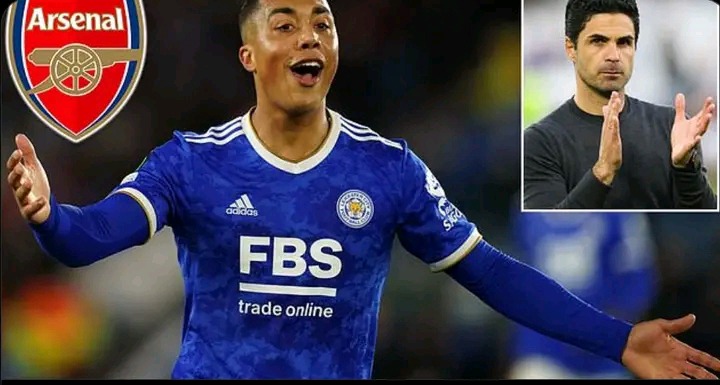 Arsenal finished fifth on the premier league table, two points behind Spurs, qualifying for the Europa League Football Spot. However, the Gunners look forward to re-enforcing their squad depth ahead of the 2022/23 season and based on the latest reports by Telegraph Sport, Mikel Arteta is pushing Arsenal to make an opening £25 million bid for Leicester midfielder Youri Tielemans whose contract expires with the club sooner.

According to Telegraph, the Gunners' boss has identified Tielemans as one of his leading summer Transfer targets, with the manager making a number of background checks on the player.

The Belgian is very versatile at the Midfield and can play as a number six, eight and ten. But primarily, his preferred position at Arsenal would be eight given the fact that Partey covers deep midfield roles. With just over 12 months now left on Tielemans’ contract, Leicester City will seek a significant fee and could even demand a price of over £30 million in order to part ways with the player.

Earlier, reports emerged that Tielemans would prefer Champions League Football and that could be added advantage of Arsenal would have secured it. However, telegraph understands that Tielemans and his representatives are now open to the prospect of playing in Europa competitions which makes the news sweeter to the Gunner's family. Arsenal face competitions from Tottenham Hotspurs who are reportedly spying on the player very keenly for a move.

Other players that are linked with the move to Emirates include Cordy Gakpo, Darwin Nunez, Dyabala, Gabriel Jesus and the list Continues.

Martha Karua's Outfit at a Church In Westlands Stir Online

How Martha Karua Was Welcomed By Kawangware Residents Today (Video)