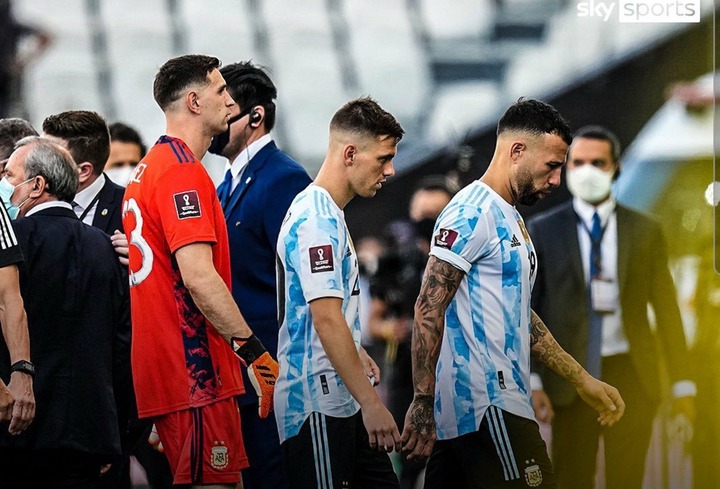 A word cup qualifier match between Brazil and Argentina has been suspended after Brazilian health officials intervene.

Just five minutes after the match kicked of at Sao Paulo in Brazil, the health officials entered the pitch to stop the game. The Argentine players walked off the pitch immediately while Lionel Messi, Brazilian players and the two coaches gathered to discuss the stoppage.

Anvisa, the health regulator stated that the four of Argentine players who were from the English Premier League must quarantine for fourteen days upon arrival as stated by the Brazilian rules.

The four Argentine players are Christian Romero and Giovani Lo Celso from Tottenham Hotspurs, Emiliano Martinez and Emiliano Buendia from Aston Villa. They did not state that information on their immigrant forms and confirmed details given were false.

Lionel Messi went on to say that they could have been informed earlier since they had been in the stadium for more than an hour instead of waiting for the match to start.

Content created and supplied by: newshub254 (via Opera News )