Chelsea Close To Land Juventus And Italian Super Star At The Bridge With A Record Fee.

By Onlinelegitnews.co.ke (self media writer) | 6 months ago 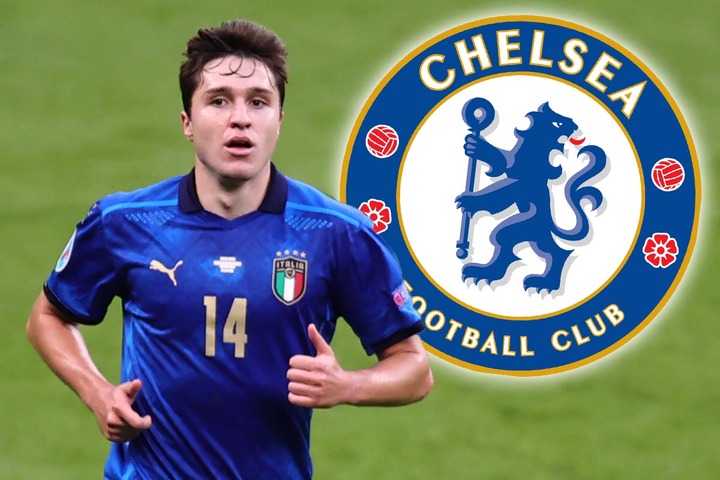 Chelsea have seen a €100m (£85m) offer for Juventus star Federico Chiesa knocked back by the Serie A giants, according to reports. The Blues are looking to add to fresh faces following their Champions League triumph.

According to Bild journalist Christian Falk, the West Londoners have identified the player as a key target with Thomas Tuchel looking to strengthen his side.

Chiesa is currently halfway through a two-year loan spell in Turin from Fiorentina, with the Old Lady having an obligation to permanently sign him next year.

Russian owner Roman Abramovich is willing to splash the cash this summer after Chelsea won the Champions League for the second time.

And the Premier League giants are said to have tabled an £85m bid to sign the forward, though Juve refused to entertain the offer.

I find it mad how,Chelsea’s going for Haaland and Chiesa (without having to sell to buy) for a combined £250 million 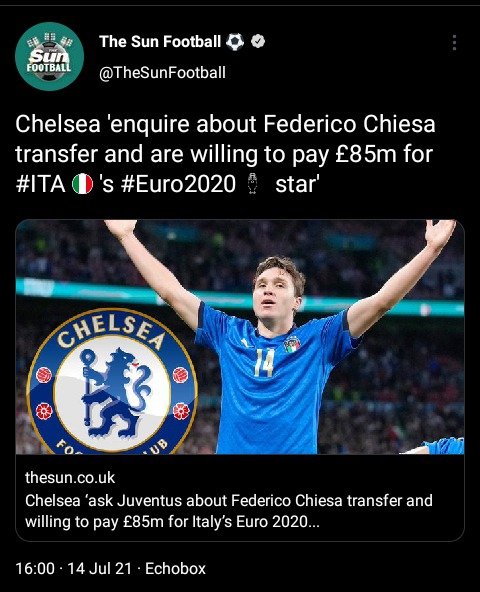 Liverpool’s going for Malen and Saul (but has to sell players first to fund it) for a combined £65 million.Our owners stop our progress under Klopp so much. People don’t get that I’m not asking for £150 million, I’m asking for £50 million and a bit of ambition.Our squad needs investing, now we’re missing out on top targets because we’re stubborn again.

Man City offered £100M plus player for Harry Kane and followed it with a £100M offer to Aston Villa for Grealish. Chelsea just offered €100M for Federico Chiesa. United paid £75M for a 21yr old Jadon Sancho but Arsenal offering £45M for Ben White is where the overpaying begins.