By HeraldKing (self media writer) | 11 months ago

Jan Bednarek suffered a late sending off the field as Manchester United crashed Southampton 9-0 in the English Premier League match played on Tuesday night at The Old Trafford. The Polish defender had also scored in his own net in the 34th minute thus putting United 3-0 up. 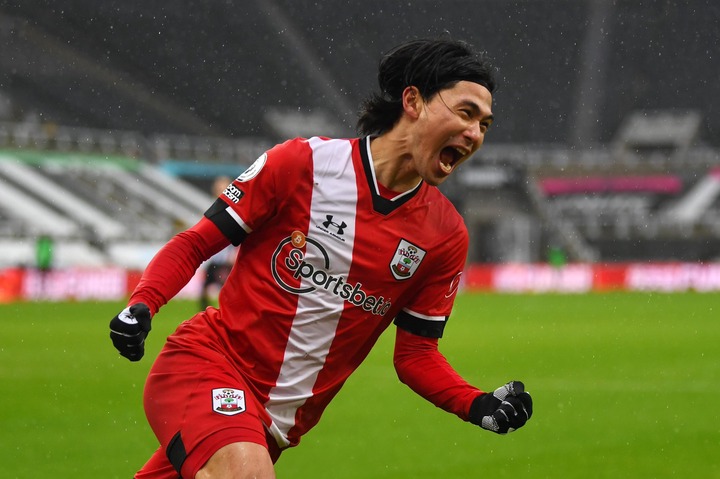 Southampton went ahead to appeal to FA and had the decision rescinded, allowing him to feature in Saturday's game against Newcastle United at The Saint James' Park. In his punishment, referee Mike Dean had shown Bednarek the red card for denying Anthony Martial an obvious goal scoring opportunity.

Though Southampton celebrated the decision to have him back in the squad, Bednarek had another bad day on the field as he turned the ball into his own net ten minutes after Joseph Willock had put the hosts ahead in the 16th minute. Bednarek was also cautioned by referee Craig Pawson with a yellow card in the 73rd minute of the game.

Takumi Minamino pulled one back for the Saints at the half hour mark before Miguel Almiron restored a two goal lead by scoring the third for Newcastle in the added time of first half. As the teams went for the break, Newcastle United led 3-1.

Soton recollected themselves scoring their second of the evening through James Ward-Prawse three minutes into the second half. The visitors suffered another blow after Jeff Hendrick was shown the second yellow card in the 50th minute, forcing them to play one man less.

The 3-2 loss was the fourth in a row for Southampton who now sits 12th on 29 points. Their next assignment will be against Wolverhampton Wanderers in the Emirates FA match on 11th this month.

Opinion: It Is High Time Arsenal Sell Aubameyang And Sign Another Striker Preferably This One