Top Of The League: See How Chelsea Fans Are Reacting As We Enter October International Break

Chelsea will head into the October international break with 16 points occupying the top of the table. This is after both Manchester city and Liverpool failed to leapfrog them. Liverpool and Manchester City played a 2-2 draw at Anfield.

Chelsea secured three points on Saturday after they defeated Southampton 3-1. The goals were scored by Chalobah, Werner and Chilwel. 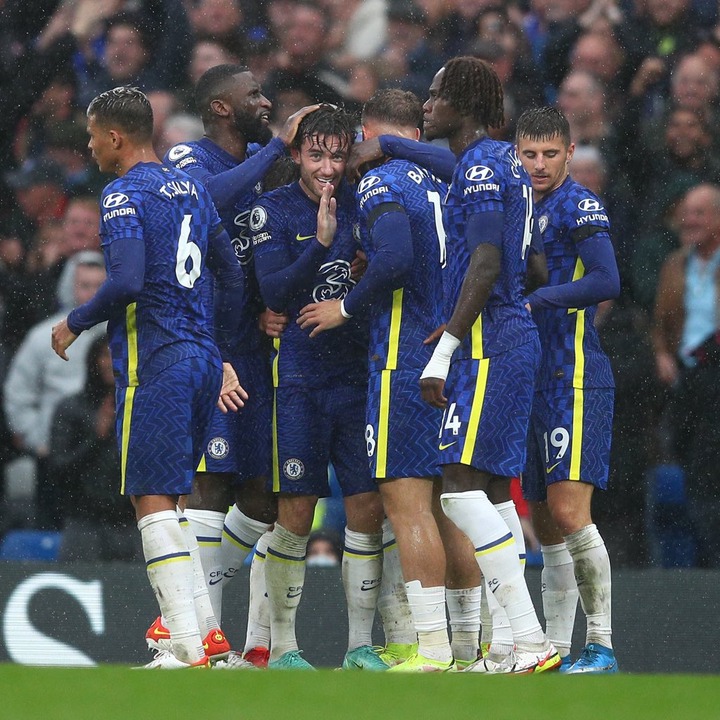 Just after the Liverpool-Manchester City 2-2 draw Chelsea fans have gone on social media to put their reservations. 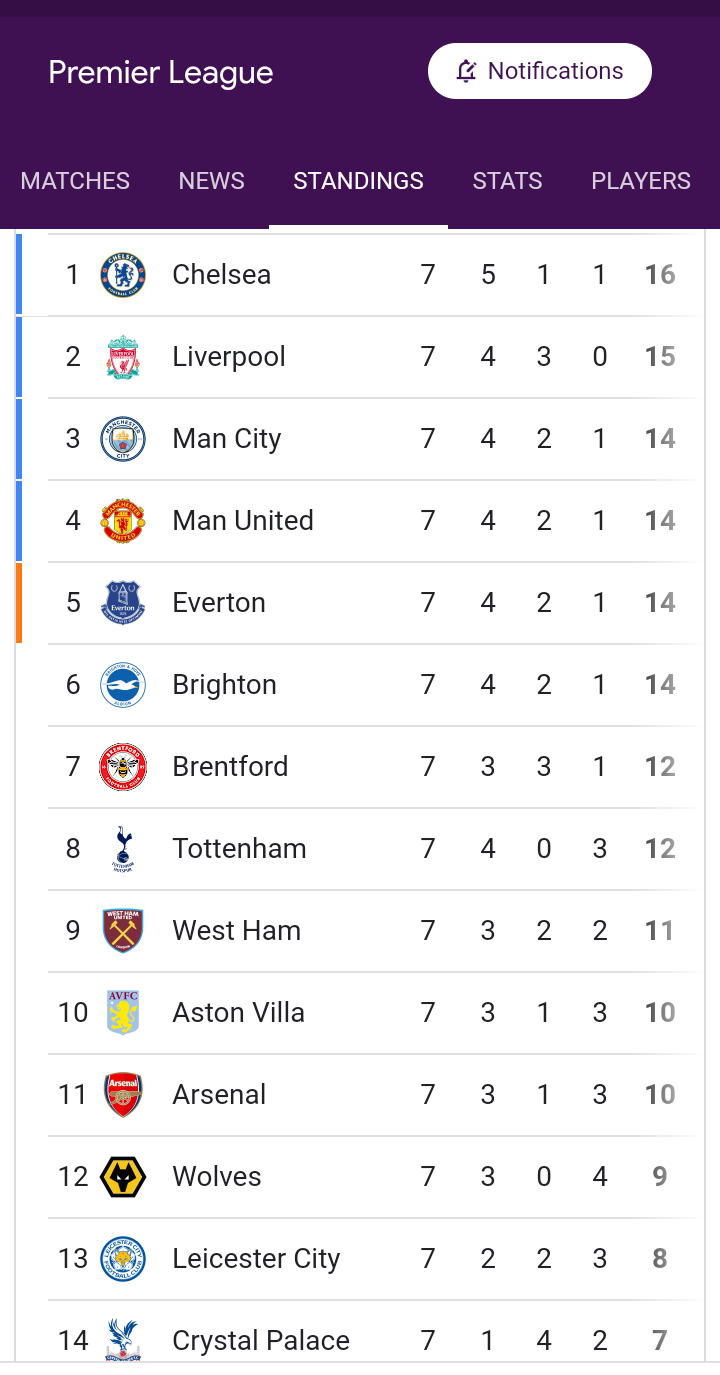 These are some of the reactions

Chelsea are top of the league after playing Arsenal, Liverpool, Spurs and Man City, I hope now you all believe Chelsea is winning the premier league!!

''Chelsea are now top of the League after facing Liverpool, City, Arsenal, Tottenham etc while having the highest goal difference in the league but I’m supposed to believe Tuchel is defensive? Miss me with that. We’re cooking at Stamford bridge. " 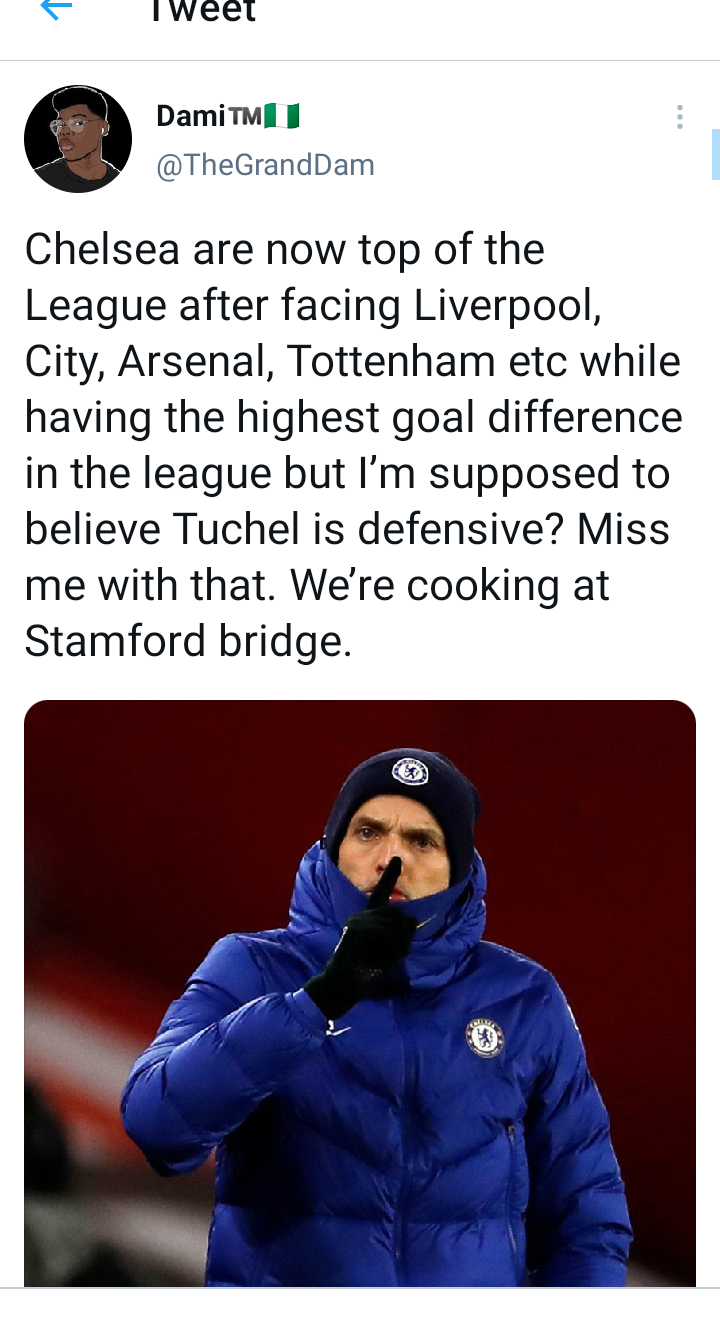 Another one by the name Ali tweeted

Chelsea top of the league despite playing far from their best and having the toughest early fixtures out of the top 4 with City. 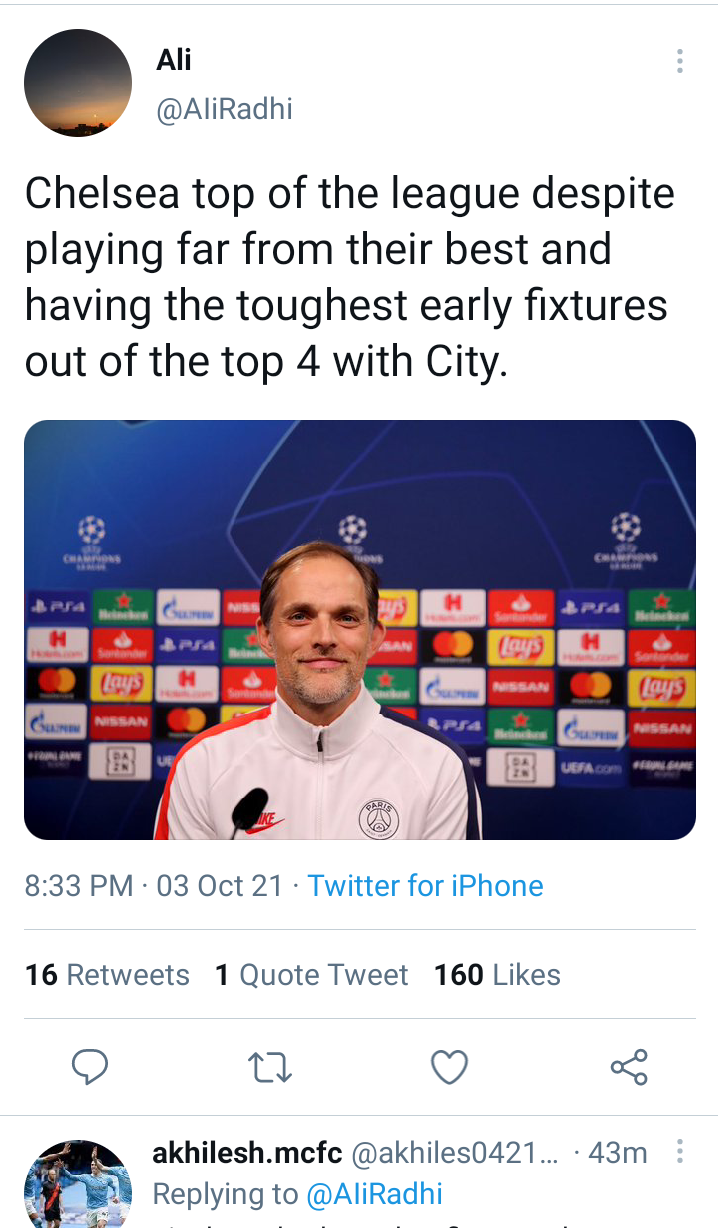 Will Chelsea go one and won the league? Share with us your views on the same.