Thomas Tuchel has been accused of mismanaging some of the squad players who have vented their frustrations to their agents. Chelsea might be looking to be doing well in the league but most of the attacking players are not so happy about where they nowadays play. Some have gone into particulars by saying that the manager has been deploying them to their weak positions and therefore have to strain so much inorder to fit into the tempo of the match. 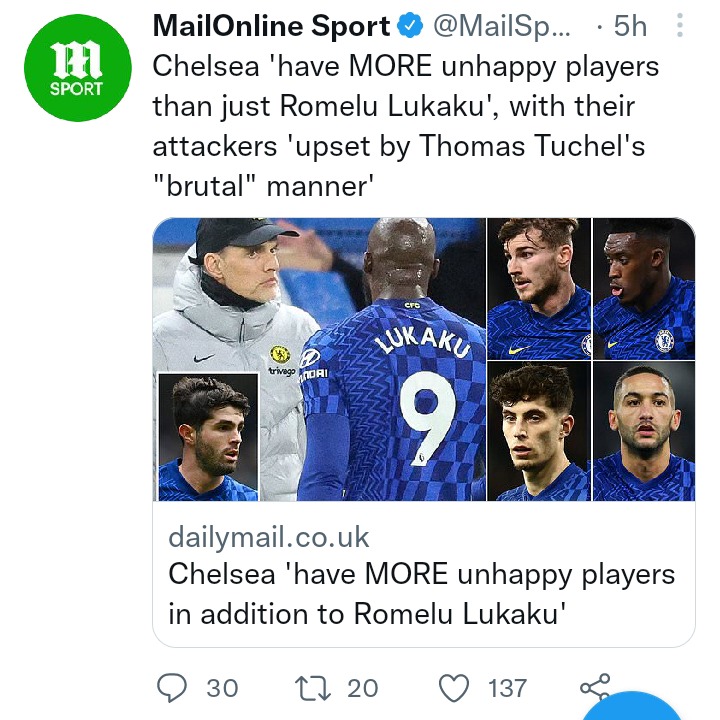 Calum Hudson Odoi, Romelu Lukaku, Christian Pulisic, Hakim Ziyech are just some of the players who have mustered the courage to express their frustrations to the public. But even after making their voices heard, nothing has changed and it seems that Tuchel is taking names of just some of the players who are complaining about his managerial skills.

Chelsea could as well lose sight of Paulo Dybala who has now attracted the attention of Liverpool as they seek to find a stand-in for Mohammed Salah incase he leaves the club at the end of the season. Paulo Dybala will be out of contract at the end of the season and with the ongoing transfers in and out if the club, it seems that there will barely be any time for Juventus to sit down with the player and negotiate on a potential deal. This being said, if Chelsea are to make a move on the Argentinian, it should be now when Juventus' attention is split. 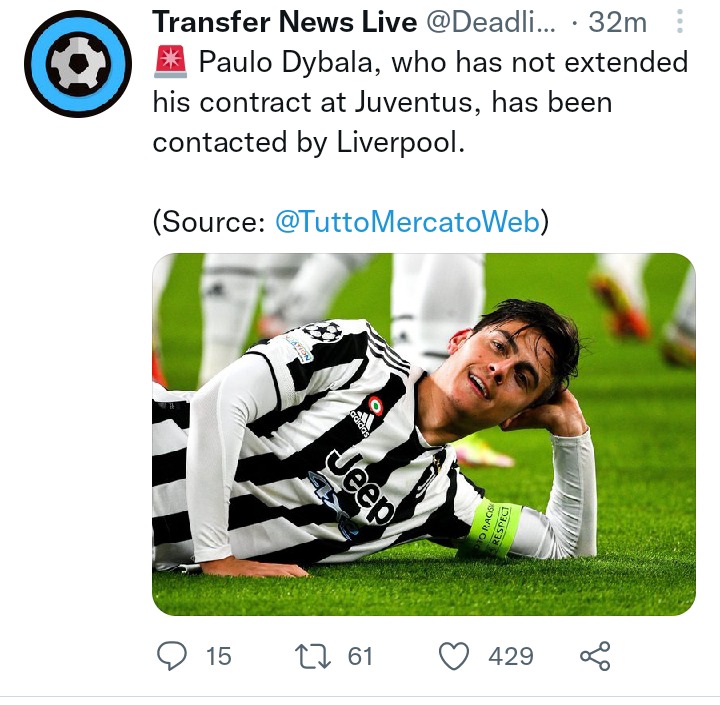 Paulo Dybala recently said that is open to anything either from Juventus or any other club that is interested in signing him. According to reliable sources, Dybala wants a new contract that will include a hefty €250,000 weekly salary and some other benefits attached to it. 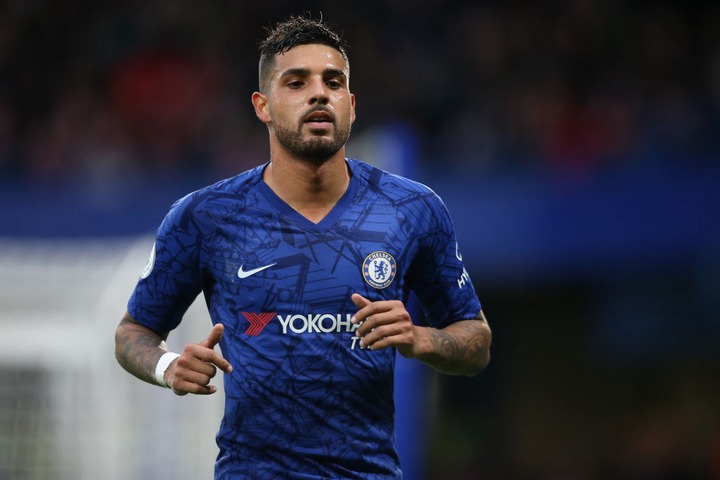 Emerson Palmeira apparently has settled on staying at Lyon after Chelsea failed to recall him back to the club and back up Marcos Alonso in the left-back position. Palmeira is a very important player for Lyon and it would be extremely difficult for the French club to shift things around and find a temporary replacement for the Italian. Inside sources have even said that Emerson is relieved that Chelsea are no longer knocking to sign him again.