Why Manchester United May Finish The League In A Miserable Way

By Smartwritter (self meida writer) | 1 months

We’ve got five Premier League predictions from the final round of top-flight fixtures in England and are hoping to see all the selection not disappointing you.

The Gunners showed how keen they are to close the campaign on a high note when bagging two late goals in Wednesday’s 3-1 win at Crystal Palace. Arsenal will be chasing a fifth straight Premier League victory when hosting Brighton and could still qualify for the Europa Conference League. Mikel Arteta commented on the Selhurst Park success: “It was a crucial moment for us because we wanted to go into the final day having every chance to be in Europe next season.”

Wanderers can ensure Nuno Espirito Santo leaves the club on a high note. The departing head coach said: “Sunday will be a very emotional day but I am so happy the fans will be back in Molineux and we can share one last special moment together, as one pack.” United have faltered since wrapping up a top-four finish, picking up just one point from three home games, and are expected to rest players at Molineux ahead of Wednesday’s Europa League final. 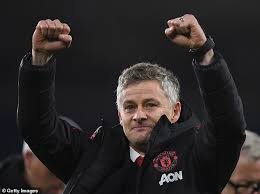 The Cottagers will be looking to build on a brave draw at Manchester United while this may be one game too many for a Magpies outfit hit by fresh injury problems. Fulham showed plenty of spirit when coming from behind to grab a share of the spoils at Old Trafford on Tuesday. Scott Parker said: “I told the team to come here and play like a top team and be ultra brave. That was a risk but that’s how we put our stamp on it.” Newcastle have Joe Willock, Joelinton and Allan Saint-Maximin carrying knocks.

Marcelo Bielsa’s side have shown the benefit of a superb fitness regime and shrewd rotation policy to finish the season looking fresh and full of energy. The Whites guaranteed they will end up in the top half of the table when following up convincing wins over Tottenham and Burnley with a 2-0 triumph at Southampton. Tyler Roberts told the club website: “We always try to push forward and get even higher, so if we can finish higher it will be even better.” Leeds have already thrashed West Brom 5-0 at The Hawthorns this term.

The Hammers failed to sustain a surprise challenge for Champions League qualification but are in pole position to finish sixth after a 3-1 win at West Brom. After netting his 10th goal of the campaign in midweek, Michail Antonio said: “The Europa League would finish off a great season. Now, we’ve got Southampton at the weekend and we need to put a good season to bed with another three points.” With Saints having little at stake, this looks a solid selection for our Premier League predictions.