Carrick Rangers won’t want a repeat of their last result here following the 2-1 Premiership losing effort in their last game against Cliftonville.

The only name on the scoresheet from Carrick Rangers was Lloyd Anderson (12'). Jamie Harney (17', 33') was the scorer for Cliftonville.

It has been seldom in recent times that Carrick Rangers have managed to hold out for a full 90 minutes. In fact, Carrick Rangers have failed to prevent opponents from scoring in 5 of their previous 6 games, shipping 17 goals along the way. That sort of pattern isn’t assured to follow through into this match, however.

Warrenpoint Town go into this clash following a 2-1 Premiership win over Ballymena United in their last game.

The only name on the scoresheet from Warrenpoint Town was Kealan Dillon (47'). Paul McElroy (2') and Jordan Williamson (43' Own goal) scored for Ballymena United. 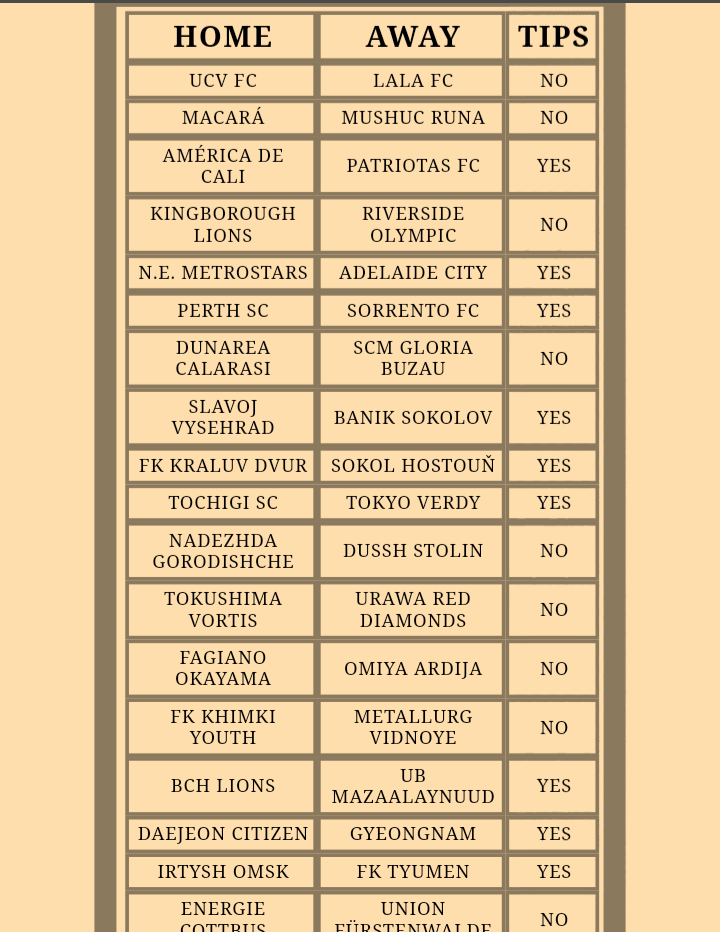 Crusaders will be looking for an improved result here following a 2-0 Premiership loss in their previous game against Linfield.

It’s not been often in recent times where Crusaders have managed to hold out for a full 90 minutes. In fact, Crusaders have been scored against in 5 of their previous 6 matches, leaking 9 goals during that time.

In their previous fixture, Portadown drew 1-1 in the Premiership match with Glenavon.

The only player to score from Portadown was Paul Finnegan (91'). Michael O'Connor (94') was the scorer for Glenavon.

Portadown have been a threat going forward leading up to this encounter, having scored 11 times in their previous 6 matches. While their manager Matthew Tipton will no doubt take that as a positive sign, Portadown have had their own issues at the back, also conceding in 6 of those same clashes. However, we will just have to wait and see whether that trend might persist in this next match.

Cliftonville, following on from their previous result, will be hoping for more of the same after the 2-1 Premiership success over Carrick Rangers.

The only scorer from Cliftonville was Jamie Harney (17', 33'). Lloyd Anderson (12') scored for Carrick Rangers.

Over their last six games, Paddy McLaughlin's Cliftonville have hit the target a total of 6 times which gives them an average number of goals scored per match equal to 1.

Since a losing effort in their last game against Larne in Premiership action, Coleraine will be hoping to turn things around here.

Over the course of their previous six outings, Coleraine have amassed a total of 8 goals. Coleraine have also not failed to score in every single one of those games. Over that period, their defenders have had 10 goals scored by their opponents. While that may be of interest, we’ll just have to find out if such a trend shall continue on here in this match.