By LasciaSPORTSNEWS (self meida writer) | 26 days

English premier league 2020/2021 season will be ending tommorow in style with top four race being the hot games. Chelsea, Leicester City and Liverpool are competing for champions league spots with each club determined to win tommorow.

It may end in tears for some clubs like Chelsea if they don't qualify for champions league. The blues manager Tuchel believe that the club has to finish in top four in order to be sure of Champions league other than depending on the final game against Manchester City. 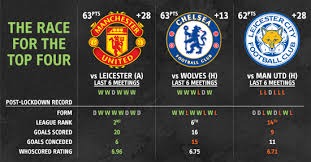 According to former Man United player Paul Scholes , Chelsea have the high chances to finish in top four but believe Aston villa can disappoint their season tommorow. This how he believe that top four will look like:-

"If you find any coach around the world who would not like to have Harry Kane in his team, call me again.

I would like to speak with the guy and hear about his ideas of scoring and attacking.” 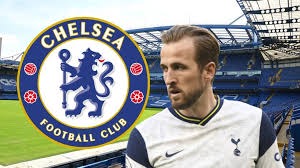 Will it Come to Pass? MP Moses Kuria Makes a Major Political Prophesy Ahead of 2022 Polls

Details of What Ruto Plans to do on Saturday Emerges, Murkomen Prepares to do This

"I've Not Asked For Your Support," Hon Odinga Tells Some Politicians, Says This About 2022 Election