Premier League giants Manchester united hosted already relegated Fulham at the Old Trafford stadium on Tuesday as the red devils sought to cement their position as the runners-up in the premier league with Manchester City having already won the title.

The match marked the return of the fans at the Old Trafford for the first time since such kind of gatherings were banned as one of the containment measures enacted to help curb the spread of the coronavirus.

One player that the fans were buzzing to see in action was their Uruguayan striker Edinson Cavani who has been in form in United's recent games finding the back of the net in almost all the matches he has been chosen to lead the line. 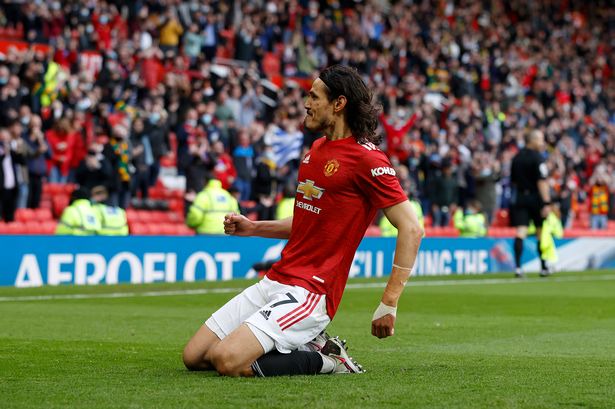 The free signing from Paris Saint Germain is proving to be a shrewd acquisition by the Manchester-based outfit and this has seen him handed a contract extension with his impressive displays for the Red devils.

Against Scott Parker's Fulham, Cavani opened the scoring on the night with a brilliant goal that left the fans wishing for more. The El matador latched onto a Bruno Fernandes flick in the middle of the pitch and spotted Fulham's goalkeeper Alphonse Areola out of his line.

He then attempted an audacious lob over the keeper from over 40 yards that went sailing and beat his former Paris Saint Germain teammate which drew applause from the supporters as he celebrated headed to the corner.

Cavani has now spoken for the first time and seems equally excited to have seen the fans back in the stadium with a message on his Twitter account that read, "How beautiful is to hear the fans again." 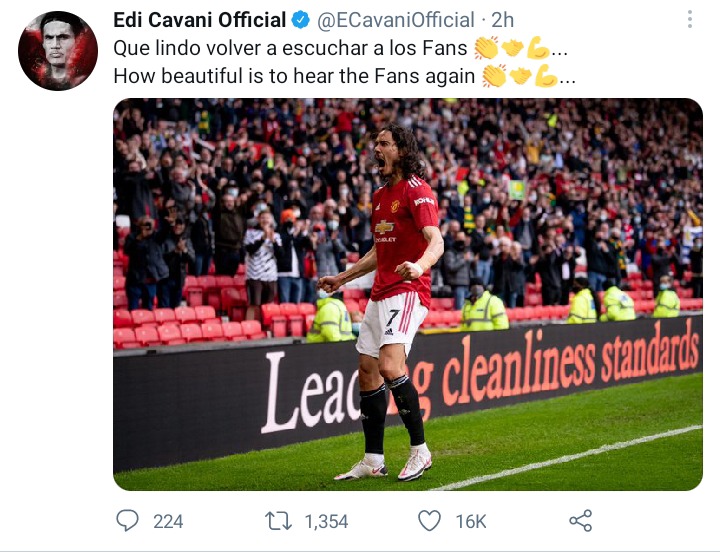