Opinion: 7 Most Underpaid Footballers in 2021 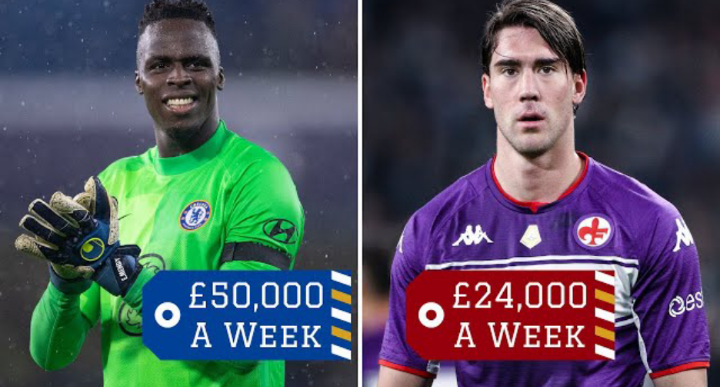 In the world of today, professional footballers are among the richest human beings on earth. When you think of a footballer thoughts like flashy cars, beautiful model wives, and a trip to the Maldives, Mikonos and Dubai fill up in your mind. These places have only one particular stench, which is wealth. However, in leagues such as the Championship, Primera League, and Liga nos these players don't get absurd amounts of money. Added to the fact that only a small percentage make it to become world-class footballers whereas the other larger percentage have to struggle to earn a substantial amount. These 7 footballers receive just breadcrumbs compared to what the football elites bag from their bosses. 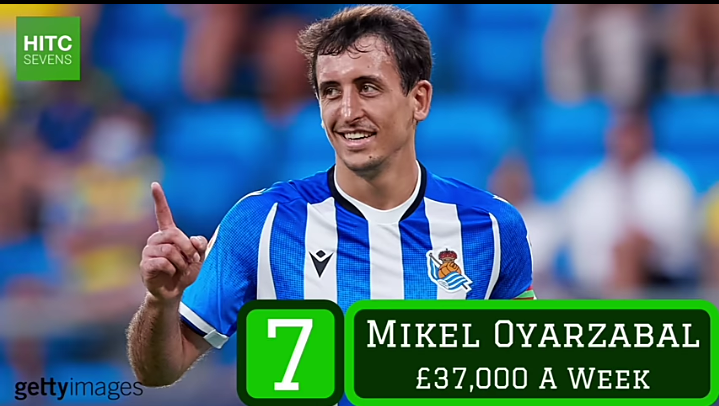 The Spaniard has been among the best players in La Liga for numerous seasons. The 24-year-old earnings are not even a reflection of his consistency of magnificence as he's almost hitting double figures for goal involvements for the fifth successive season. A smart and hardworking forward, Oyarzabal isn't lightning quick but has fantastic movement, he's brilliant on the ball and he's comfortable playing on the left, right, or through the middle or behind a center forward. At the age of 24, Oyarzabal is the vice-captain of Real Sociedad. In the eight La Liga games he's featured in this season, Oyarzabal has scored six goals and assisted once as Real Sociedad is currently in the mix of the La Liga title race. By comparison, the best-paid attacker by La Real's rivals Real Madrid is Gareth Bale who's earning a massive £580,000 weekly. 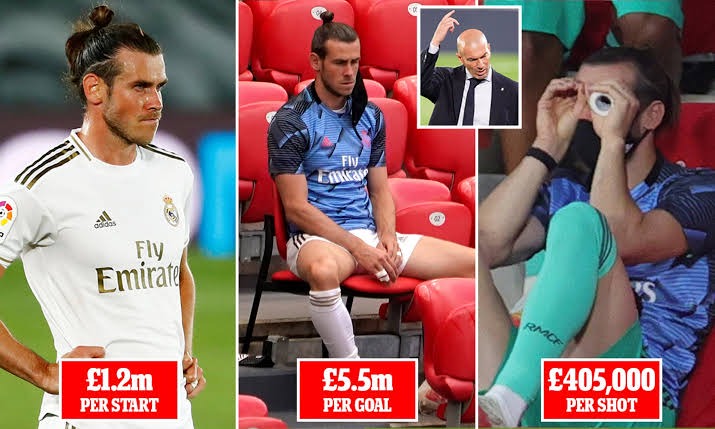 Oyarzabal has done plentiful for Real Sociedad compared to what Gareth Bale has done for Real Madrid in the recent seasons. The deal that the Spaniard signed back in 2018 runs until 2024 is not even a tenth of what Bale is earning. With interests from Manchester City and FC Barcelona, if Oyarzabal was to join one of them he'd treble his earnings overnight. 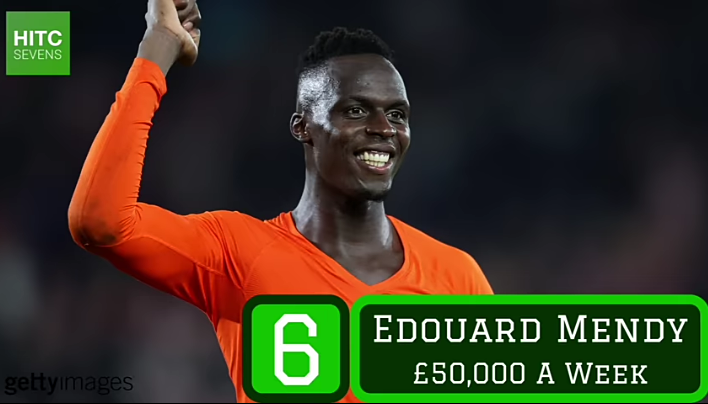 The English Premier League is considered to be the best League in the world at the moment. Being the top-flight of English football means that players get to earn enormous amounts of money with the average wage limit currently being over £60,000 per week. Edouard Mendy is arguably one of the best goalkeepers in the Premier League and in the World. 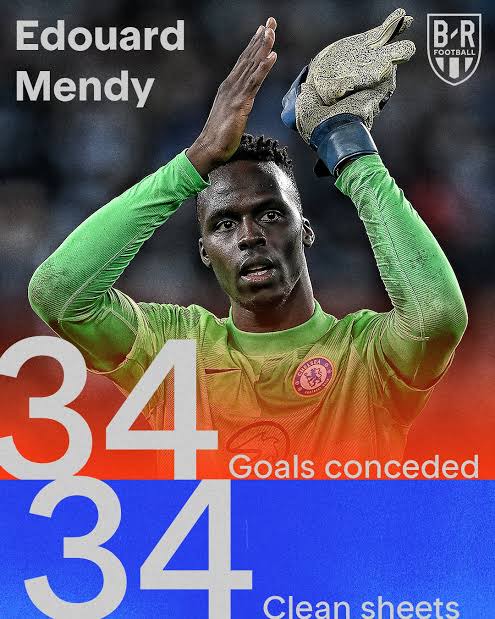 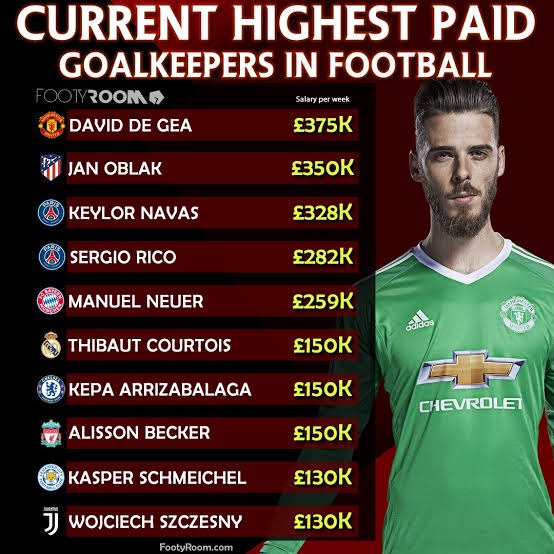 At £50,000 per week, Edouard Mendy is amongst the lowest earners in the Premier League with even Kepa Arizabalaga earning three times more than Mendy does. Mendy's sudden rise having been playing second set football just three years ago and almost having given up on the game just a couple of years before that is a huge factor in him earning less than the likes of Tom Heaton and Lloris Karius. Currently at 29 years old, Mendy is enjoying one of his best seasons and and a future pay rise might be looming in the corner. 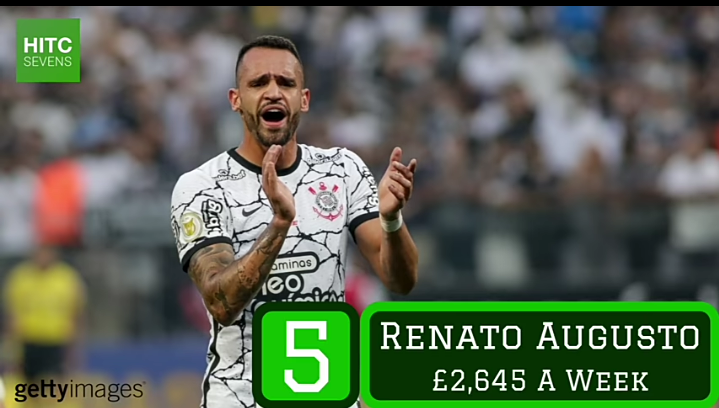 Renato Augusto doesn't earn much more than the average Skybet League 2 player which is really shocking. It is even safe to say that Renato Augusto is the most underpaid player in the World of Football. The more you watch the Brazilian the more you appreciate his talents. A willing runner with marvelous technique, Augusto win 32 caps for Brazil including almost 20 after moving to China. Oscar by comparison didn't win a single cap after securing a move to the Chinese Super League. Augusto left China when the League went into meltdown and went back to Brazil returning to Corinthians. There are talks of the 33-year-old being called back to the Brazil squad by Chiche, Brazil national team coach. It is even safe to say he's a better midfield option compared to Fred who earns forty-five times as much as Augusto. 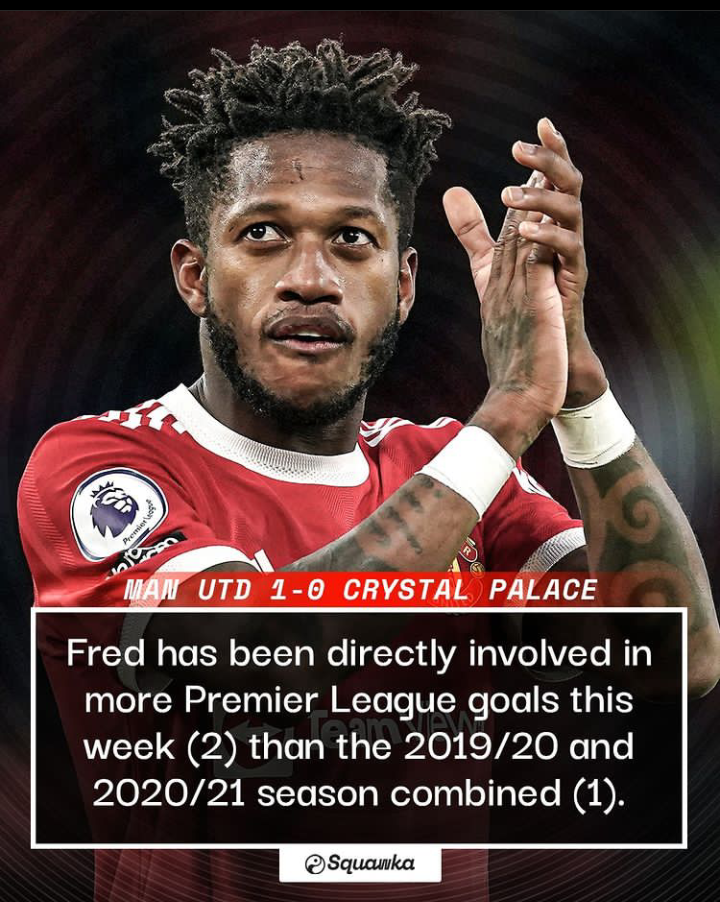 There are literally non-league players in England who earn so much more than Renato Augusto. 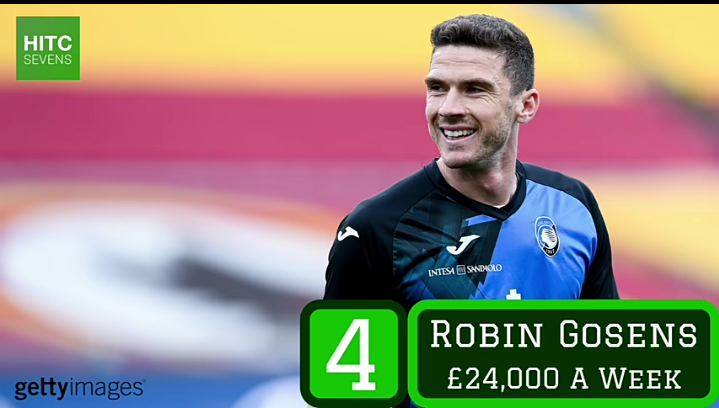 Just about everyone who plays for Atalanta is underpaid in comparison to their peers in Juventus, Inter Milan, AC Milan, and Napoli. This is virtually because of how the club is run, its tight financial restraints, and the outstanding management under Jean Pierro Gasparini. The German international, Robin has been growing from strength to strength especially after having a stellar 2020/21 campaign. His form was so good going to Euro 2020 that he convinced Joachim Löw to play with wingbacks, which is where Gosens plays for Atalanta. Due to a hamstring injury that Robin Gosens suffered in September, he has missed a couple of international games for Germany and he is still yet to return. It is especially a huge blow for Atalanta who sorely misses energy, athleticism, and attacking intent down their left flank. Last season Gosens made an incredible 20 goals plus assists all from the position of a left wing-back and 18 goal contributions in the season before that. 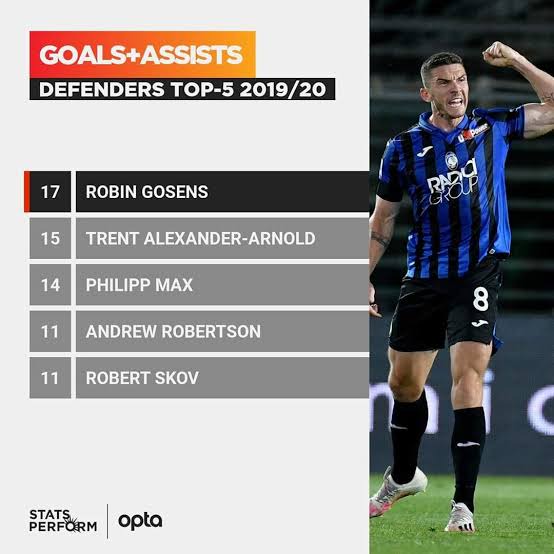 You'd expect a raise in pay for putting up these extraordinary numbers especially compared to other players. Leonardo Spinazzola reportedly earns 3.8 times as much, Luca Digne over five times as much, and Ben Chilwell almost right times as much. 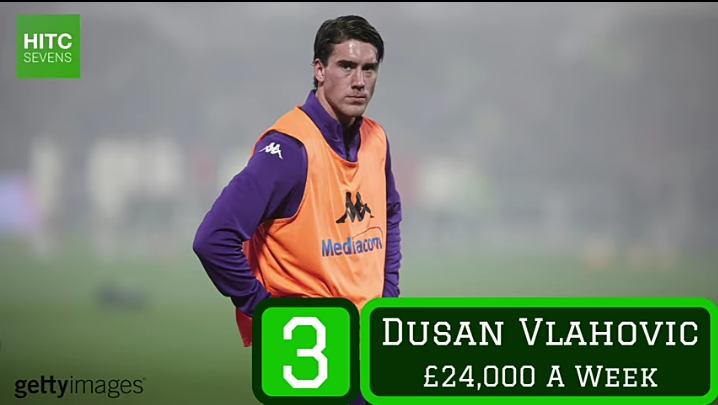 Dusan Vlahovic is among the hottest properties in the world of football at this moment and time. Vlahovic is a transfer target for Borussia Dortmund, Tottenham Hotspurs, Arsenal, Westham, and Newcastle United among others. Dusan Vlahovic is valued at £70 million which is also his release clause. Having bagged 12 goals in 14 games so far this season and has scored 20 plus goals for the first time last season it is arguably safe to say that the 21-year-old is being underpaid. At six foot three, the Serbian is deceptively quick and good on the ball. 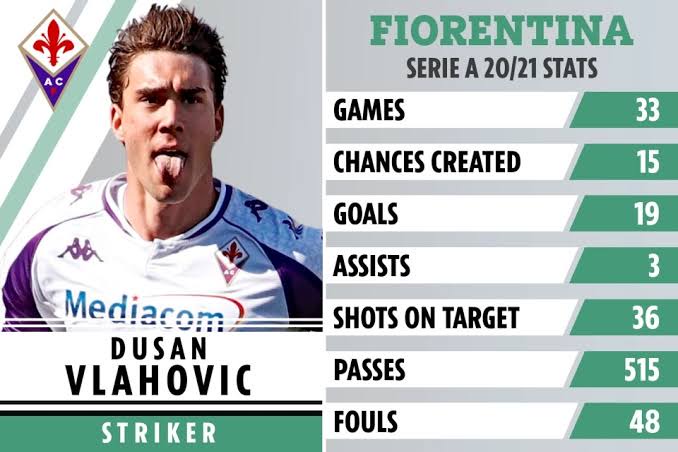 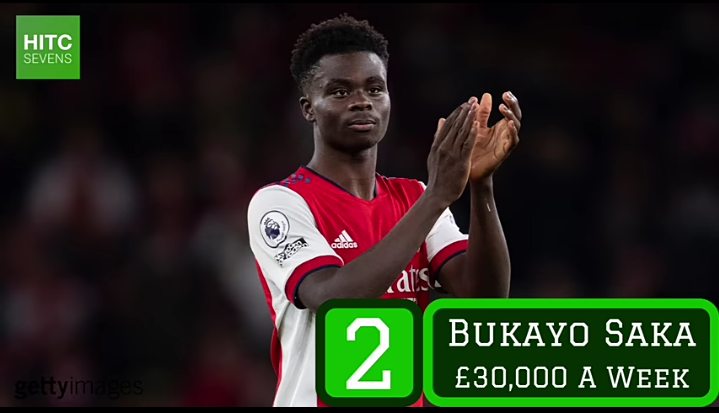 Another underpaid Premier League player on this list is Bukayo Saka. Still routinely underrated by non-Arsenal fans, even after winning Arsenal player of the season last season at the age of 19 and even managed to find his way into England's Euro 2020 starting eleven. This was despite England having world-class attackers like Jadon Sancho, Marcus Rashford, Jack Grealish, and Raheem Sterling on the bench. Outstanding on either flank, Saka is quick creative and has bags of flair. He is also industrious, disciplined, and superb at adapting to playing at different systems and doing whatever job his manager asks of him. His tactical discipline and importance to Arsenal make it easy to forget how young Bukayo Saka actually is. No doubt his age is a major contributing factor to his minimum wage. With all that he does for Arsenal Saka should be earning so much more. In comparison a player like Timo Werner who earns eight times as much as him meanwhile even his much less effective and less frequently played Arsenal teammate Nicola Pepe, earns almost five times as much as him. Bukayo Saka was also the one who urged Aaron Ramsdale to join Arsenal in the summer. Considering how that turned out, Saka is thoroughly deserving of a significant pay rise as both a player and an agent. 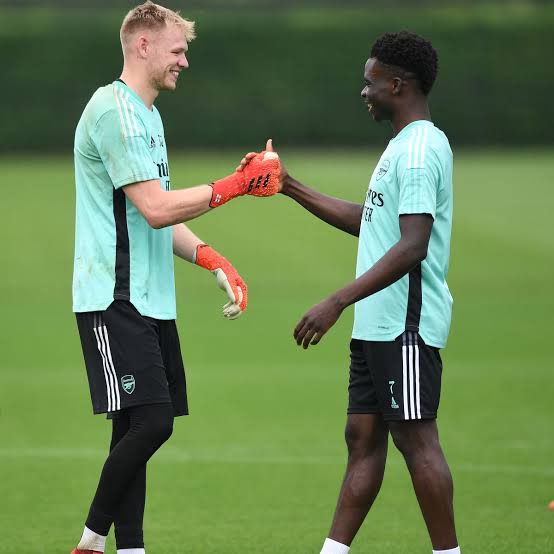 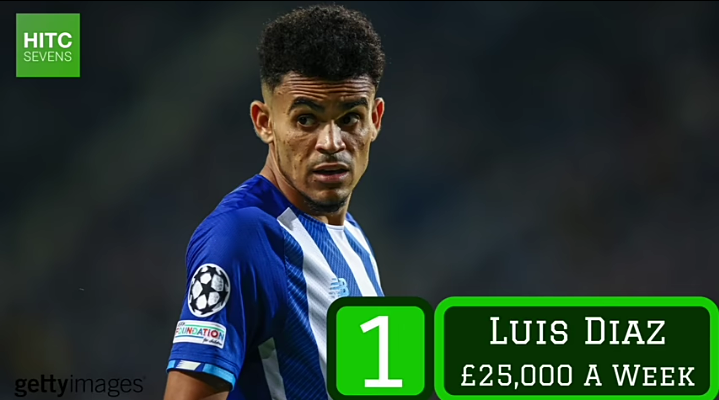 Luiz Diaz is one of the most underpaid players in the Portuguese League. Diaz signed for FC Porto back in 2019 from Atletico Jr. Ever since the Luiz Diaz performances have risen gradually. At 24 years old, Diaz is the most exciting and one of the most lethal wide men in the European game. Lighting quick, remarkably skillful and absolutely devastating in the final third, Diaz is currently among the World's electric players in world football with a ball at his feet. Adding an element of ruthlessness and polish to his game, this season Diaz has 11 goals and 2 assists in 17 games. To put what Luis Diaz earns in some context, Diaz repeatedly earns less than Tom Ince who spent last season unknown at Luton Town in the Championship. However, with the likes of Liverpool and Chelsea primarily targeting him, his wage might be clambering very soon. 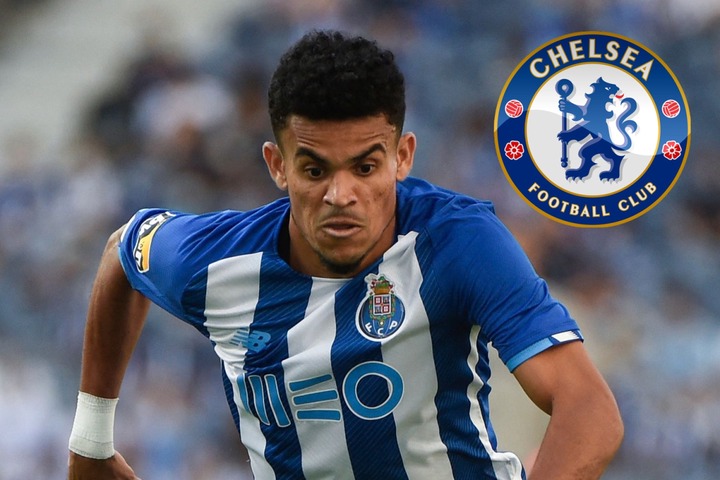 The player is currently worth around £80 million, a fee that most elite clubs in the world aren't afraid of splashing around every transfer window.

Thank you so much all for reading my article. You are welcome to follow me for more impressive football top 7s. You are also welcome to leave a comment down below and please share the article with your friends. Well, remember to take care of yourself because YOU matter.