By Firesports.xyz (self media writer) | 1 month ago 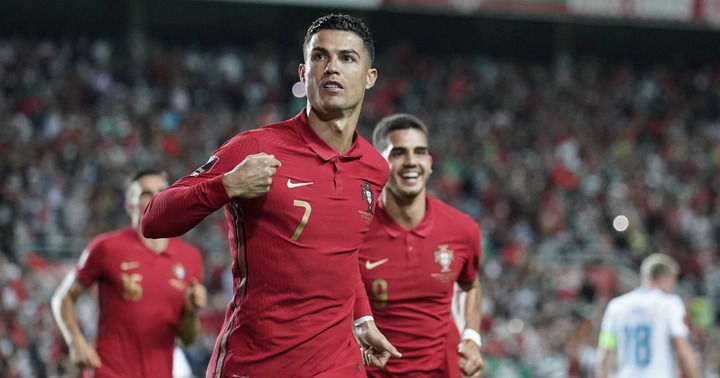 Ronaldo converted two penalties in the first 13 minutes of the game before completing his 58th career treble for club and country with a late header.

Portugal moved a point behind group leaders Serbia, whom they host in the final round of matches, with goals from Bruno Fernandes and Palhinha.

Portugal's victory sets up a straight shootout for first place with Serbia, who defeated Azerbaijan 3-1 in Belgrade.

Group I: Crowd trouble in Albania and Wembley 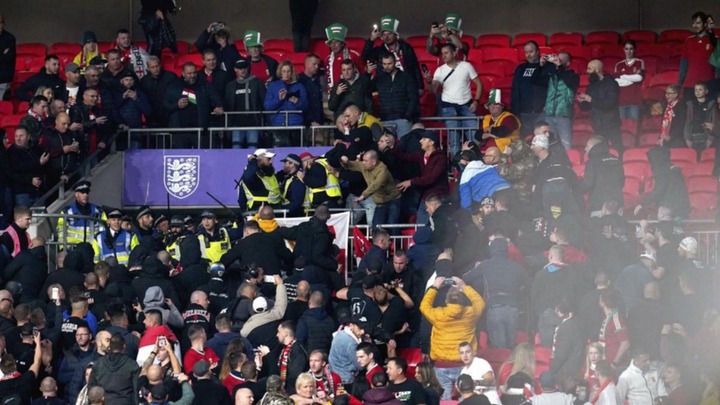 With 13 minutes remaining in the Group I match, Karol Swiderski gave the Poles a 1-0 lead before being pelted with plastic drink bottles from the stands. Following the incident at the Air Albania Stadium, players were forced to leave the field for more than 20 minutes.

Poland maintained their slim lead when play resumed, climbing above their hosts and moving three points behind group leaders England in the race to qualify for next year's tournament in Qatar.

Prior to the incident that caused the lengthy delay, Poland midfielder Piotr Zielinski was also targeted by a crowded object.

Albania, who are attempting to qualify for the World Cup for the first time, will face Gareth Southgate's Three Lions at Wembley next month before concluding their campaign at home against Andorra.

A disappointing night on and off the field has left the home side five points behind England and two behind Poland, with the play-offs appearing to be their only realistic chance of qualifying.

England was held to a frustrating 1-1 draw by Hungary at Wembley on Tuesday, meaning a tense penultimate qualifier against Albania awaits in November if they are to secure automatic qualification to the 2022 Qatar World Cup.

Hungary had been beaten 4-0 by England last month but took the lead when Luke Shaw's high boot allowed Roland Sallai to score from the penalty spot (24) and it took a back-post finish from John Stones (37) to bring the hosts back into the game.

On the stroke of half-time, Raheem Sterling headed against a post as England began to find their stride, but despite dominating the second half and seeing good chances missed by Sterling and Harry Kane - who was surprisingly substituted with 15 minutes to play - there was no way through for Gareth Southgate's side.

Earlier, Hungary supporters booed the home team taking a knee, held up a banner against the gesture for equality, fought with police in the stands, and released a flare when they scored, after being punished for racist abuse of England players when the two teams met in September. Following comments directed at a steward, one person was arrested for a racially aggravated public order offense.

Hungary's chances of reaching Qatar have dwindled since losing to England, with Albania defeating them both at home and away, but their draw at Wembley means Group I leaders England realistically need to defeat Albania at Wembley on November 12 before their final group game against minnows San Marino.

Andorra defeated San Marino 3-0 to win the battle of the bottom two in Group I, their first away win in 16 attempts and their largest-ever international victory. Lyndon Dykes scored a dramatic late winner for Scotland against the Faroe Islands, putting Steve Clarke's side within 90 minutes of a World Cup qualifying play-off spot.

The Scots arrived in Torshavn on a high after a thrilling 3-2 victory over Israel at Hampden Park on Saturday, but the visitors struggled.

However, with four minutes remaining in normal time, across from substitute Nathan Patterson deflected off Dykes and into the net, and after what seemed like an eternity while Slovenian referee Matej Jug checked for handball, the goal was awarded for a crucial 1-0 win.

Scotland needs three points from their final two Group F games next month, the first of which is a trip to section heavyweights Moldova before the final game at home to runaway group winners Denmark, who sealed top spot and became the third team to qualify for Qatar 2022 with a 1-0 victory over Austria, sealed by Joakim Maehle's second-half strike.

In other news, Israel rebounded from Saturday's last-gasp defeat to Scotland with a 2-1 win over 10-man Moldova, thanks to goals from Eran Zahavi and Mu'nas Dabbur. 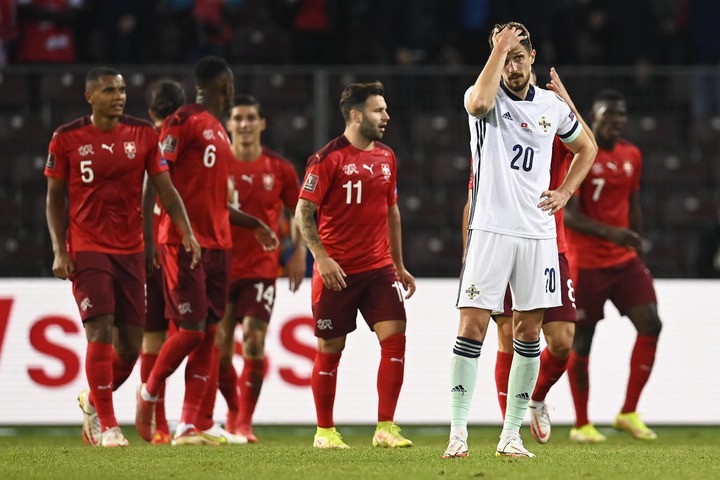 Northern Ireland's bad week got even worse on Tuesday night, when Bulgaria came from behind to win 2-1 in Sofia thanks to two crisp Todor Nedelev goals.

Conor Washington's sixth international goal had given Ian Baraclough's side a half-time lead as they appeared to have responded well to Saturday's controversial 2-0 defeat in Switzerland, effectively ending World Cup qualifying hopes, but everything went wrong after the break.

Bulgarian manager Yasen Petrov shuffled his pack at halftime and reaped the benefits, though Nedelev took the credit for beating Bailey Peacock-Farrell twice in 11 minutes to turn things around just after the hour.

It added to Baraclough's frustration, who had finally built some positive momentum last month but has seen things unravel quickly in the last week, with the Qatar dream now officially dead. 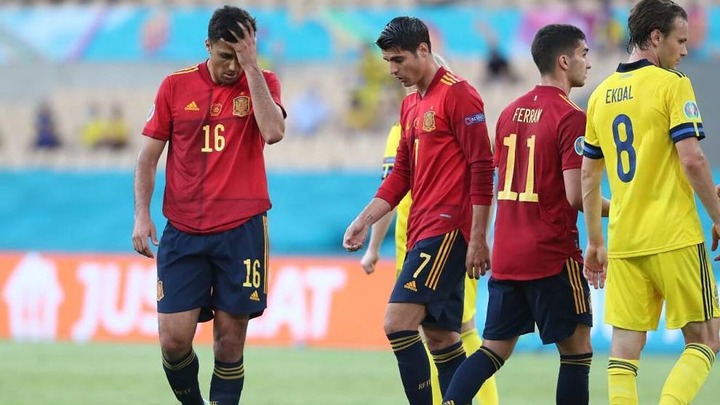 Sweden surpassed Spain to take first place in Group B with a 2-0 victory over Greece, thanks to goals from Emil Forsberg and Alexander Isak in the second half.

Sweden's victory sets up an exciting group finale, with the Swedes leading Spain by two points with two games remaining for each, one of which is a match between the countries in Spain on Matchday 10. 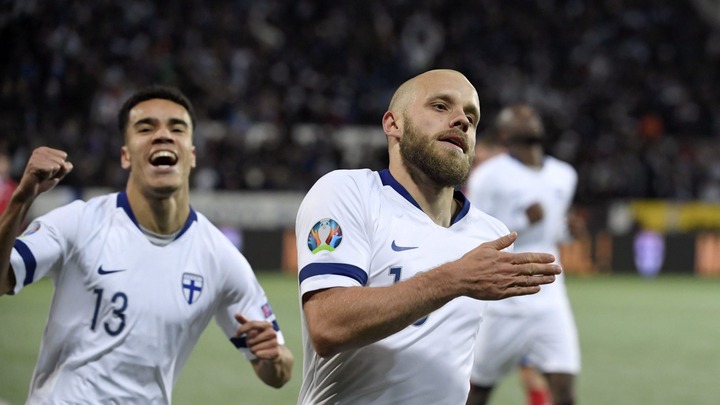 Teemu Pukki set a new record for Finland by scoring both goals in a 2-0 win over Kazakhstan.

With his double, the Norwich striker now has 33 international goals, one more than Finland legend Jari Litmanen.

Finland now sits third in Group D, a point behind Ukraine, which drew 1-1 with Bosnia and Herzegovina, and four behind leaders France.

Content created and supplied by: Firesports.xyz (via Opera News )