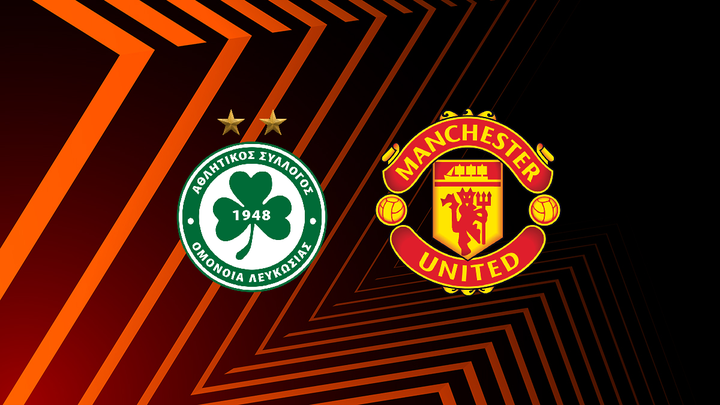 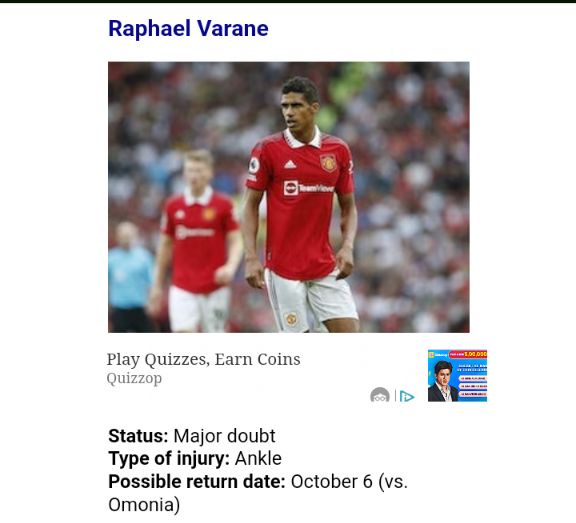 Manchester United are preparing for next encounter which is a trip to Cyprus to face Omonia in the Europa League football in this Thursday night. The red's are coming into this fixture at the back of a defeat to Manchester City in the Premier League campaign in last weekend. 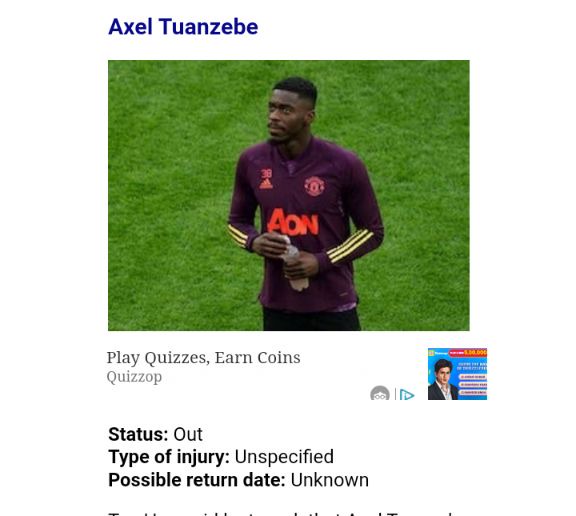 Unfortunately for Erik ten Hag it was a 6-3 humiliation in first introduction to a Manchester derby outing. Since his arrival in the summer at Old Trafford to replace fired in last season Ole Gunnar as well as interim gaffer Ralf Rangnick. 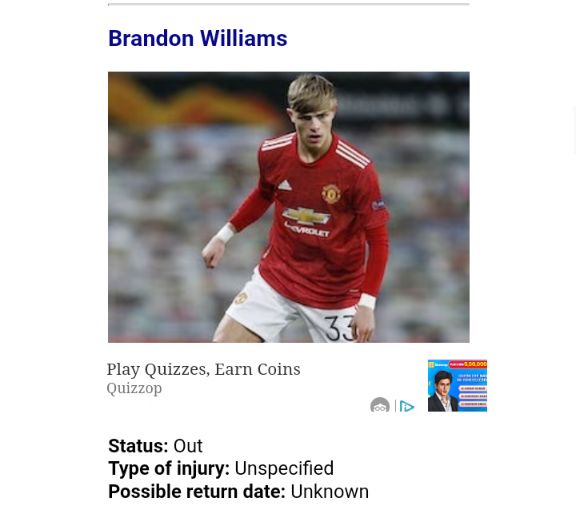 According to Sports Mole the red devils will be pondering on the list of injured players at their camp. With same publication now claim that Maguire is still struggling with the hamstring problem he picked in England against Germany this September two week International break. 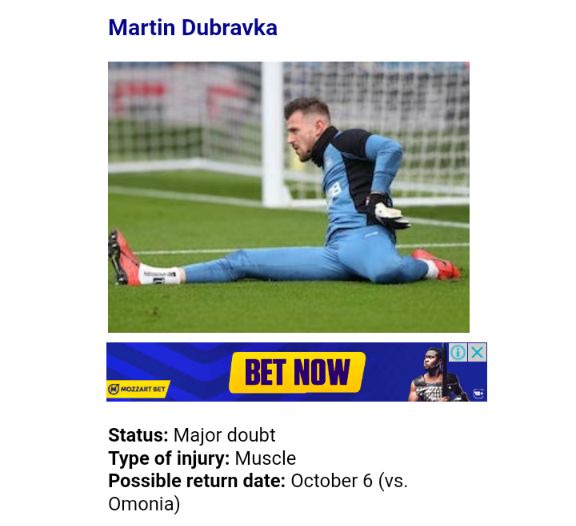 So is Axel Tuanzebe and Brandon Williams have unspecified set of injuries while Donny van de Beek is out with a knock. The big blow to Erik ten Hag will be Varane who was replaced in the derby by Victor last weekend. 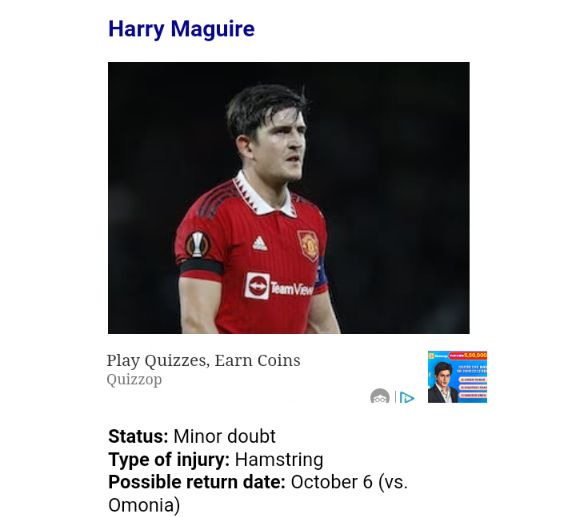 The Frenchman suffered an ankle problem while second behind the goalkeeper David de Gea, Martin Dubravka is down with the muscle injury according to Sports Mole report. However Erik ten Hag is expected to give more updates on the same issue by tomorrow. 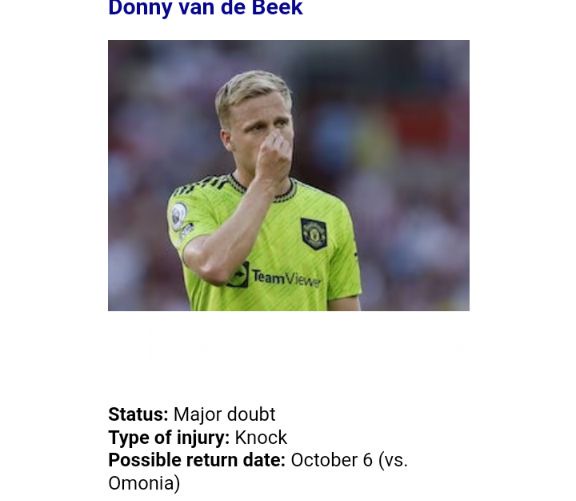 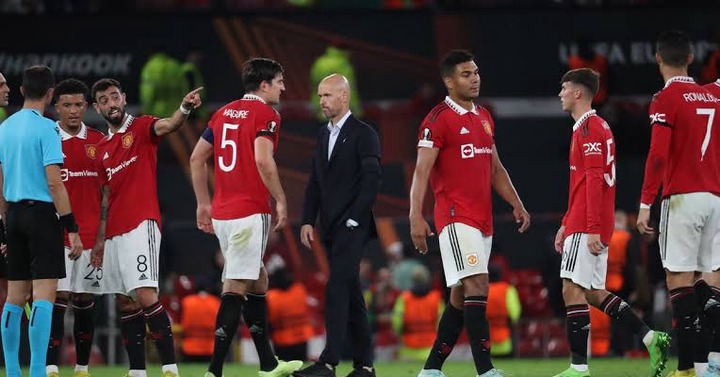 RIP: Photos Of Njoki Muchemi And Her Two Beautiful Daughters Who Were Shot Dead In The US