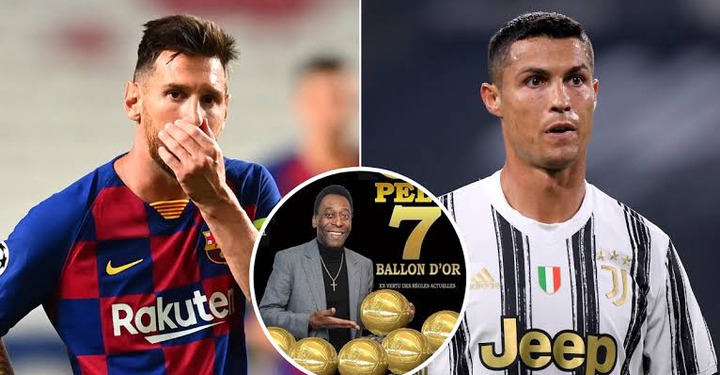 Clinching Ballon D'or is the greatest achievement for an individual player. It is the the most reserved and respected award for any footballer. There are some of the great players who have the Ballon D'or in multiple times. Here is the list of such players.

Marco Van Basten is one of the most respected legends in football. The Dutchman scored an impressive 300 goals in his career. He joined AC Milan in 1987 from Ajax. He won the Ballon D'or in 1988, 1989 and in 1992. He was forced to retire at an early age due to injury problems. He retired at 30 years.

Michel Platini is unarguably the best French footballer. His Ballon D'or journey started in 1983 when he joined Juventus from Saint Etienne. He also won the Ballon D'or in 1984 and 1985.

Johan Cruyff was one of the complete players in Europe. He won his first Ballon D'or at Ajax in 1973. He later joined Spanish giants Barcelona. He won the other two Ballon D'ors in 1974 and 1975.

Cristiano Ronaldo is one of the greatest players of all time. He has won almost every trophy in his career except World Cup. He has played for Sporting Lisbon, Manchester United, Real Madrid and Juventus. He won his first Ballon D'or in 2008 at Manchester United. The other four awards he won at Madrid.

The first player on our list is Argentina magician Lionel Messi. He has bagged up 6 Ballon D'ors. He has spent his all football career at FC Barcelona.

Which other player do you know has won more than one Ballon D'or? Leave your comments in the chat box below.

Speculations Rife as Aisha Jumwa and Moses Kuria as Set To Face The Azimio's Full Rath as Nominees.