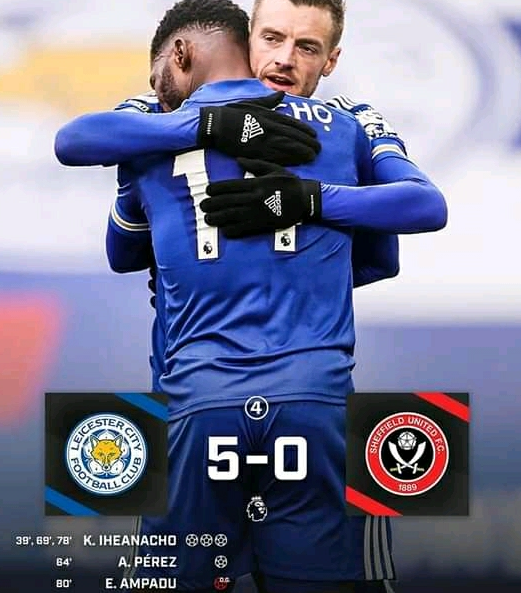 Alan Shearer chose a balanced Best XI Premier League team of the week based on their performances in their respective games. Leceister City were the biggest winners over the weekend after demolishing Sheffield United 5-0 at Kingpower Stadium while Manchester City thrashed Fulham 3-0 at Craven Cottage. Chelsea registered a goalless draw against Leeds United after Kai Havertz missed several open chances while Manchester United narrowly edged Westham 1-0 to claim all the 3 points at home. Arsenal won their North London Derby 2-1 against Tottenham Hotspurs courtesy of Martin Odegaard & Lacazette goals while Liverpool won 1-0 at Molineux Stadium. 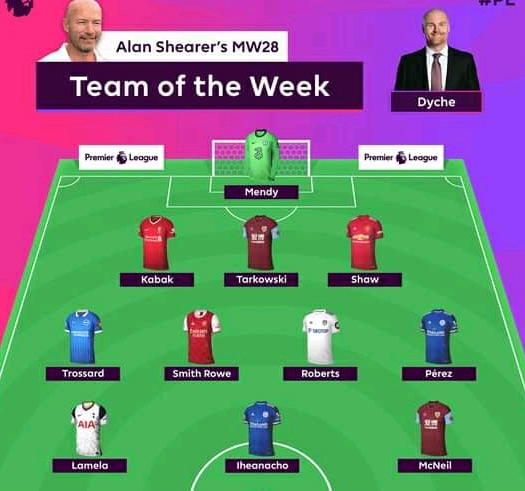 The Premier League team of the week was managed by Burnley Manager Sean Dyche who lead Burnley to a 2-1 win at Goodison Park against Everton. Chelsea Goalkeeper Edourd Mendy won the role after keeping a cleansheet against Leeds alongside defenders: Kabak of Liverpool, Tarkowski of Burnley & Luke Shaw of Manchester United who both kept clean sheets for their respective teams. The midfield comprised of Arsenals' Emile Smith Rowe, Leeds Uniteds' Roberts, Brightons' Trossard & Leceister Citys' Perez while the attack comprised of Lamela of Tottenham, Ihenacho of Leceister City as centre forward after scoring an hatrick over the weekend & Mcneil of Burnle who scored the winner against Everton.

More Trouble For ESL As Clubs Consider Quitting, Another Declares Itself 2018/19 EPL Winners

List Of All Six EPL Teams Included In European Super League Competition, Chelsea and Man-U In