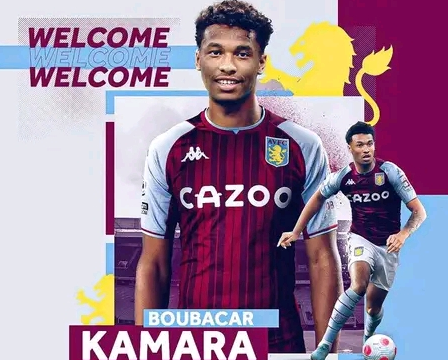 Astonvilla have officially confirmed and announced the signing of Boubacar Kamara from Marsaille at free transfer in a 5 year deal until June 2027. Kamara becomes Aston Villa second summer signing after Coutinho and has successfully completed his medicals at London despite having 4 proposals in the table. Kamara revealed that Steven Gerrard visited him at his home to convince him to join Aston Villa hence snubing move to big clubs like Man United & Atletico Madrid. 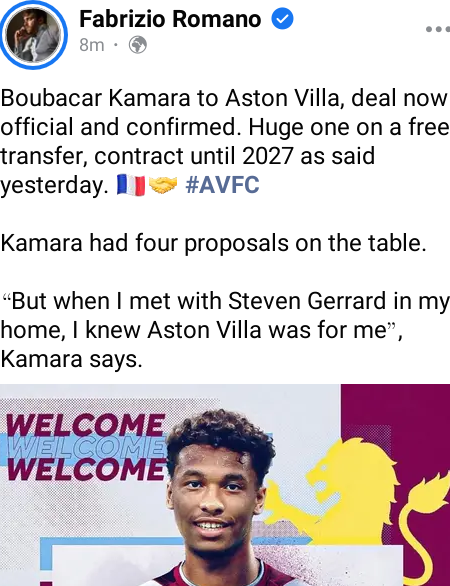 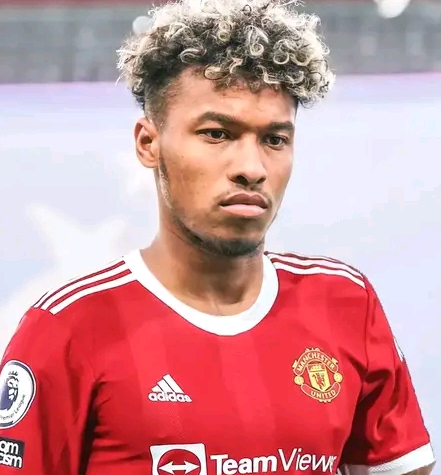 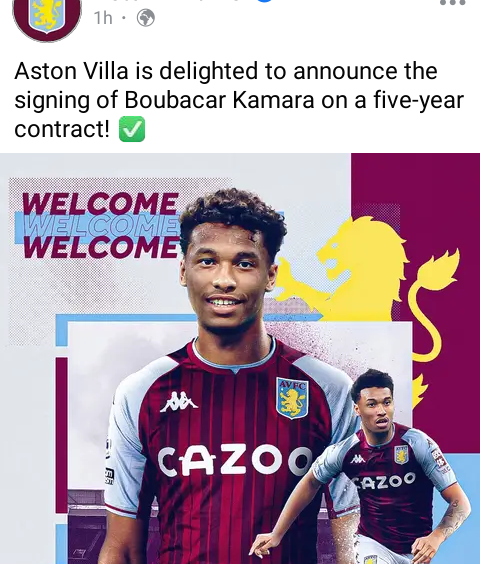 Manchester United have confirmed and announced the appointment of Mitchell Van Der Gaag and Steve McClaren as Erik Ten Hag new backroom staff with the boss set to be unveiled today ahead of major rebuild to revive Old Trafford fortunes. Man United are ready to offload Erick Baily and Aaron Wan Bissaka this summer alongside Edinson Cavani, Jeesse Lingard, Nemanja Matic and Paul Pogba despite losing out on Kamara who joined Aston Villa. 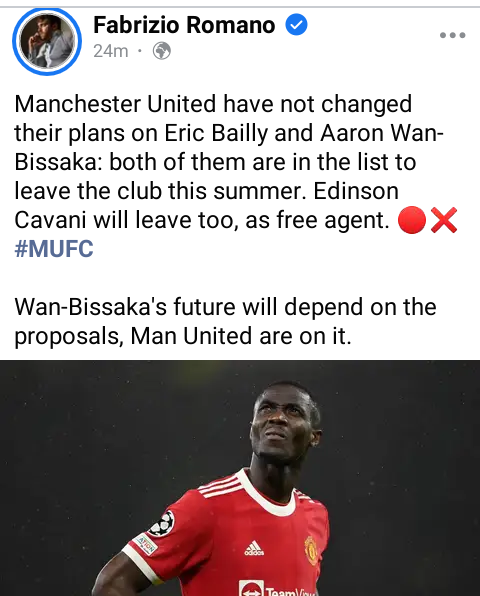 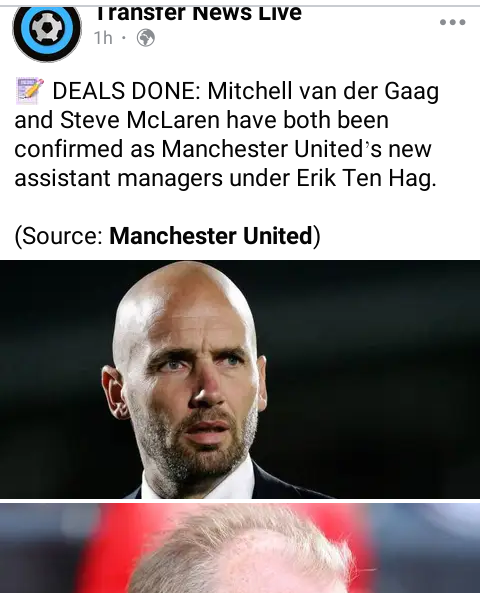 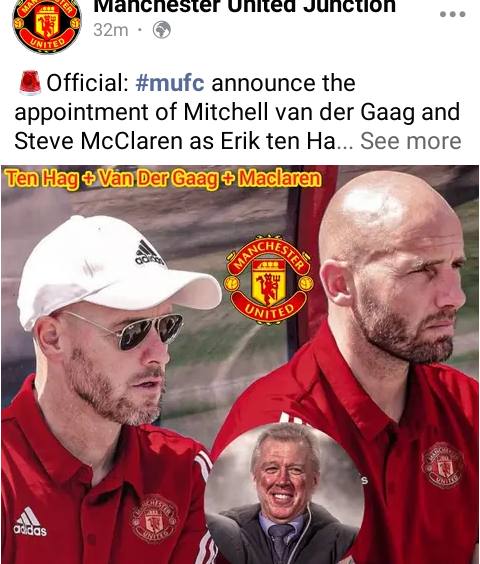 Liverpool have signed 19 year old attacking midfielder Fabio Carvalho from Fulham for £5 Million plus £2.7 Million in add-ons on a five year contract at Anfield after completing medicals at Mersey-side. Liverpool are also closing on Aberdeen 18 year old right back Calvin Ramsay on a longterm contract after confirming Cavalho deal. 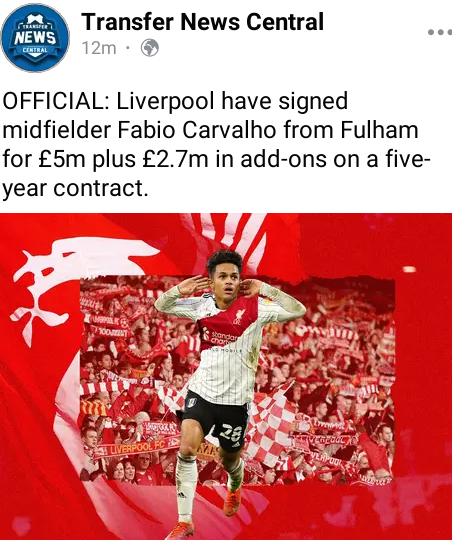 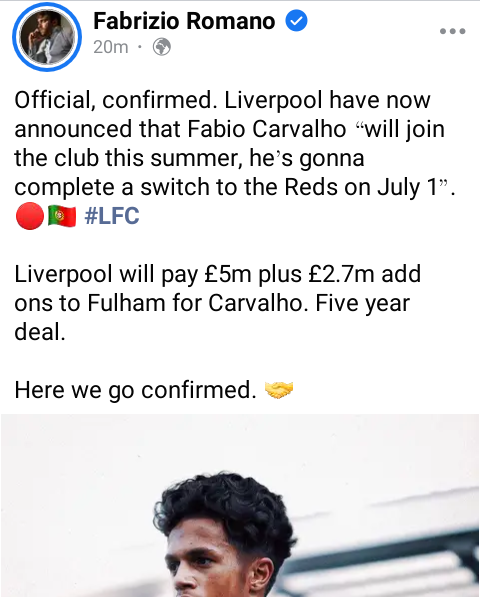 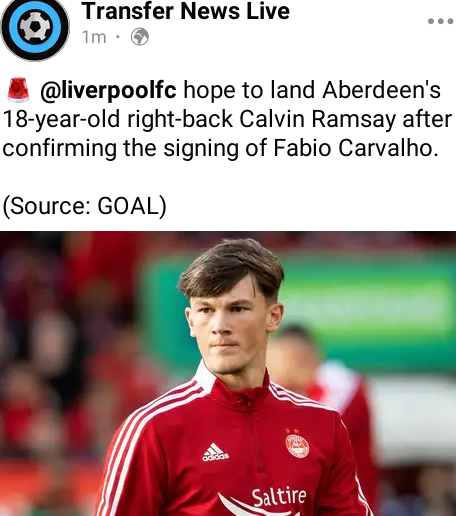 Bayern Munich have awarded Manuel Neuer a new contract until June 2024, where he signed the deal days after Thomass Muller contract extension. 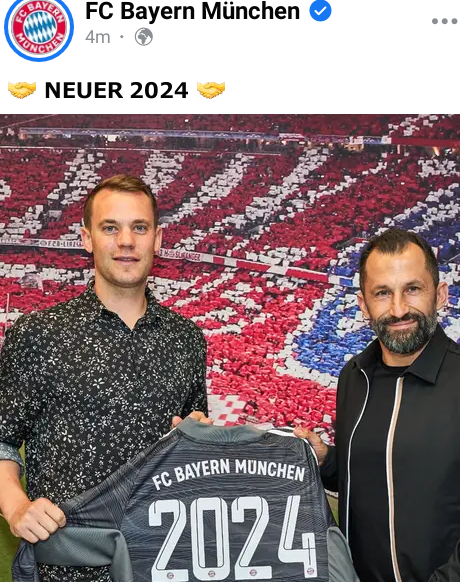 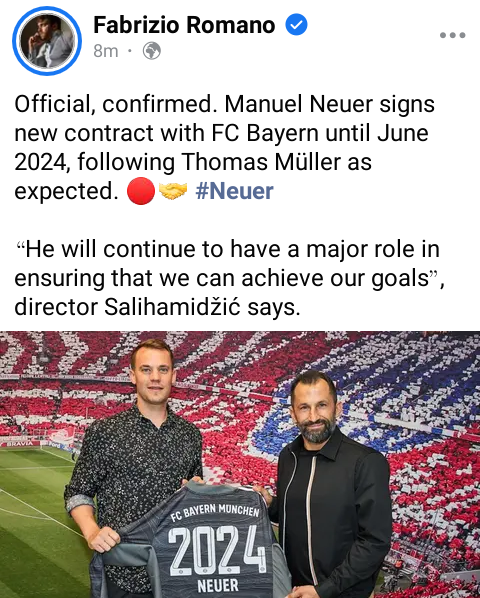 Leeds United are closing on RB Salzburg midfielder Brenden Aaronson after reaching full agreement with the club and paper works will be completed in a deal worth £28 Million. Brenden is set to undergo medicals at London after agreeing personal terms until June 2027 and be announced as Leeds United player imminently. 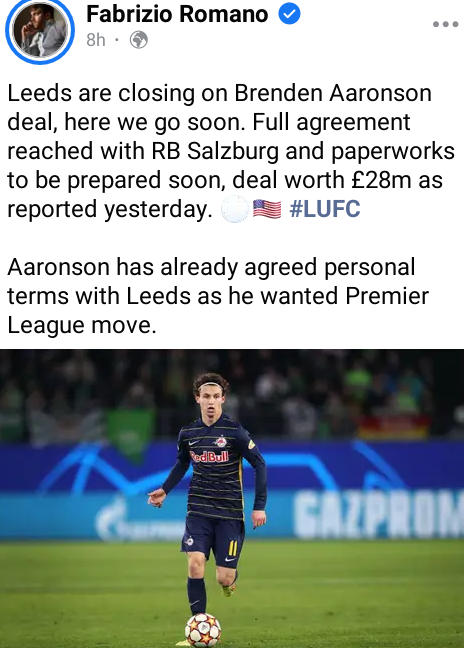 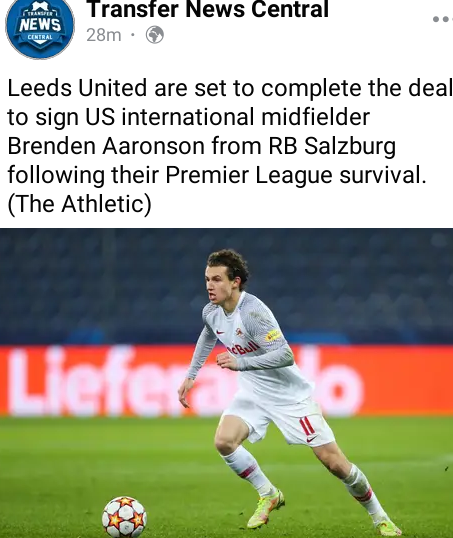 Borussia Dortmund have signed midfielder Salih Ozcan from Cologne for €6 Million on a 4 year contract after successfully completing medicals at Dortmund. 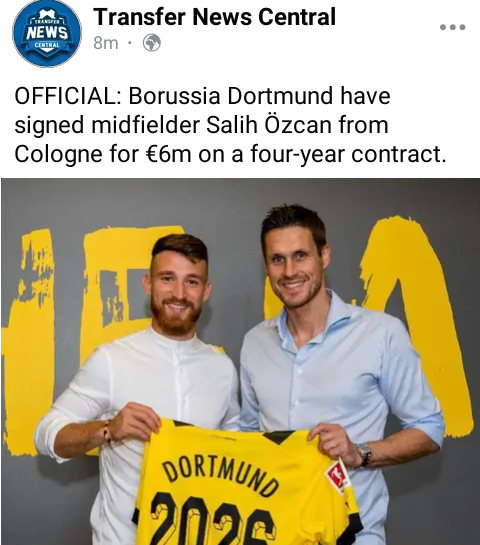 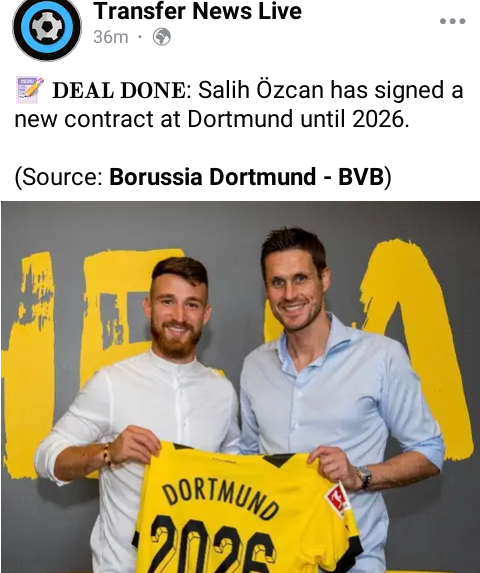 My Mother Committed Suicide After She Discovered I Had Built A House For My Girlfriend, Man Narrates