By Predictions (self media writer) | 24 days ago 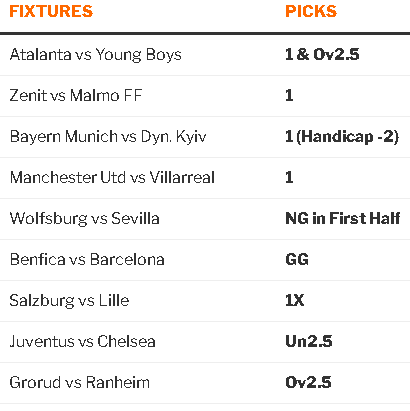 Despite launching a successful start to their campaign this season, things seem to be a little bit off at the moment for the red devils after being eliminated from the Carabao cup last week and suffering their first defeat in the EPL campaign this season. Nonetheless, Man-U has managed to put together a championship squad and we expect them to fight for the highest places across all competitions. Having lost 1:2 to Young Boys in the opening match of the Champions League, pressure will continue to mount on Ole Gunnar's men to perform better.

Villarreal, on the other hand, hasn't lost any match since they kicked off their campaign this season. Nevertheless, they have only been able to win once, and it was against Elche in the Spanish La Liga. In their opening match against bitter rivals Atalanta, they also lost crucial points after managing a draw at the 83rd minute.

Even though Man-U is perceived to be the outright favorite to win this match, their latest results are not quite convincing.

After several years of successful seasons in the Serie A, Juventus finally failed to lift the trophy last season. During the summer period, they were also left by their talisman Cristiano Ronaldo. It is because of this and other reasons that the Old Lady is facing a lot of difficulties in their campaign. They had to fight so hard for the victories that they have managed so far winning 3:2 against Spezia as well as Sampdoria in the league.

Meanwhile, Chelsea had a successful start to their season winning 9 matches across all competitions before the winning streak being interrupted by Manchester City in their last league campaign. Tuchel has managed to put together a strong team that has so far managed to show competency in defense. With the addition of Lukaku, the attack has also been strengthened.

With the woes that Juventus has faced of late, we expect Chelsea to score a couple of goals at the Allianz Stadium.