The first round of matches of matchweek 2 were played on Friday. A total of three games were played. Bandari FC made it two wins in two after winning 3-2 against Bidco United.

On Saturday, another bunch of three games took place. Spoils were shared between KBC and AFC leopards as it ended in stalemate. Mathare United wait for their first point of the season continued as they lost 1-0 to Ulinzi Stars.In the third and last game of the day, Kenya Police lost 2-0 to Nairobi city stars.

One match was played on Sunday where Kakamega Homeboyz managed a 1-0 win over Wazito FC. Gor Mahia and Tusker FC matches were postponed due to their caf champions league matches. 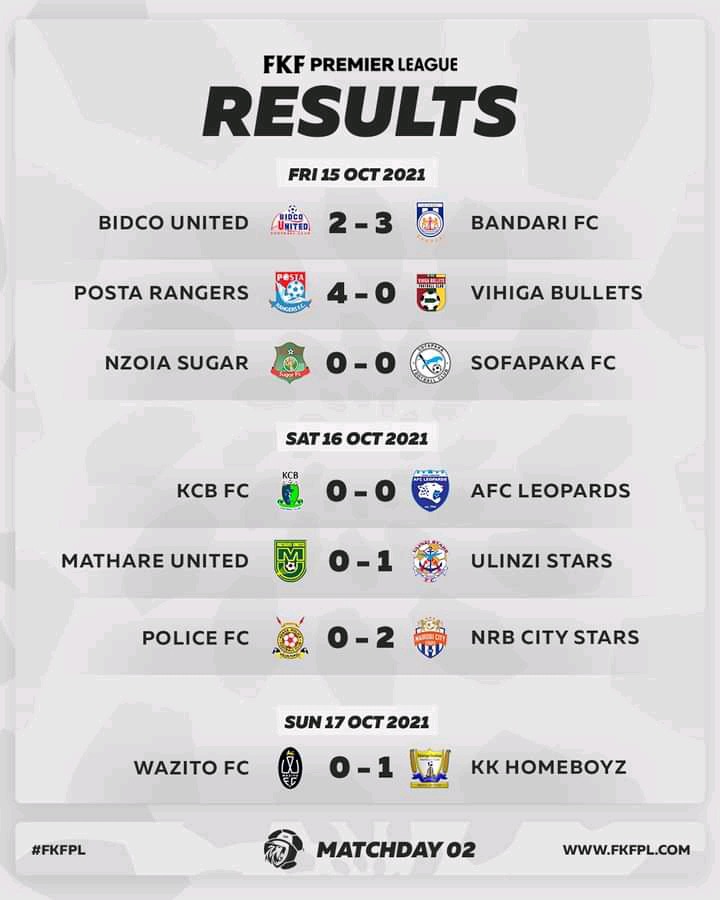 On the table, Bandari maintains their stay at the top with 6 points. Kakamega Homeboyz are second level in points with Bandari but inferior goal difference. Ulinzi who also have six points are third.

On the fourth spot are Sofapaka with four points ahead of AFC leopards who also have four points in two matches.

Mathare United are still on the bottom of the table without a single points and a goal difference of -4. Below is the full view of the kpl table. 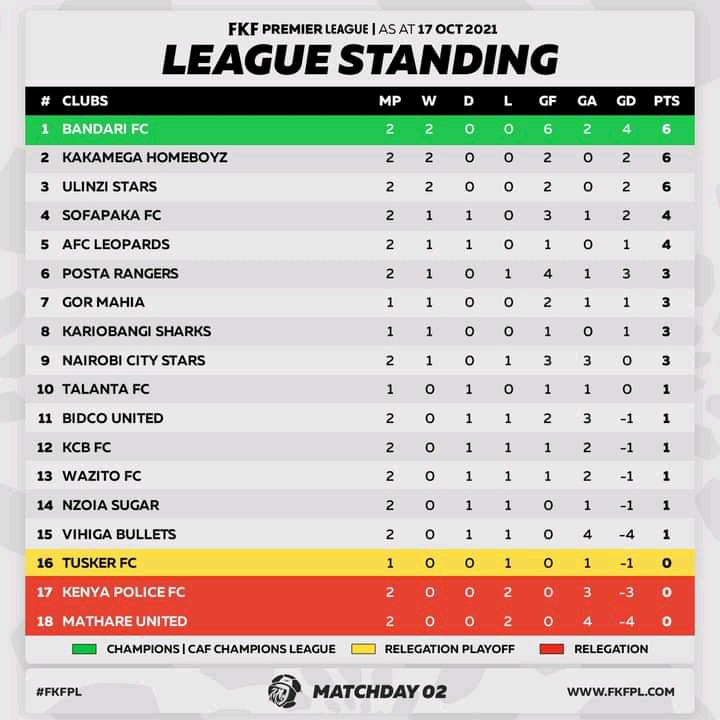