By kenyasNewsCentre (self media writer) | 2 years ago 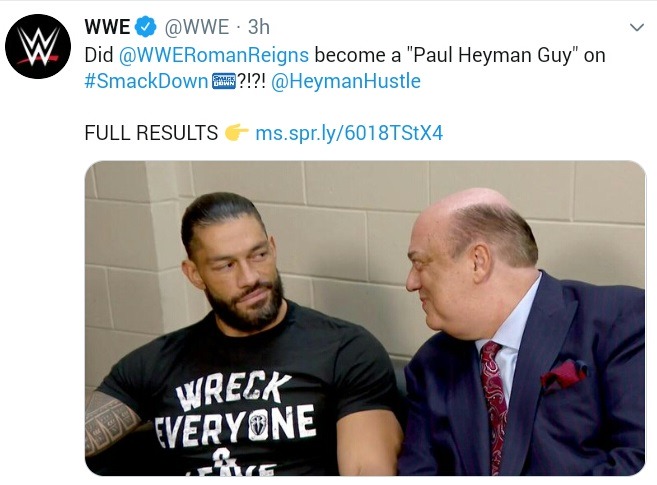 Paul Heyman is an American entertainment producer, executive producer, writer, performer professional wrestling manager, and commentator. He is signed to WWE where he appears in the Smack down Brand.

This comes when Roman Reigns is making final touches to prepare for the payback march.The payback Match card currently has six matches. Roman Reigns will face Braun Strowman and   the  ‘The Fiend’ Bray Wyatt who is currently the champion in the triple Threat Match for the Universal Championship Title. The match is scheduled on   August 30 2020 in Amway Center in Orlando, Florida. This is the Sixth Payback march since 2017 when we had the first event.

Romans Reigns has expressed his utmost desire when he came with the T-shirt labelled Wreck Everyone where he wrecked Braun Strowman and Bray Wyatt in the previous match.

Heyman has been the advocate of Broke Lesnar for a number of years. But now its time for him to say Good bye to Broke Lesnar. He feels he can achieve more when he is under the Roman Empire led Roman Reigns

Content created and supplied by: kenyasNewsCentre (via Opera News )

The Longest Serving President In The World Is From Africa, He Has Served For 4 Decades