Bayern, Sheriff and Liverpool boost ahead of their last matches in UEFA Champions League

By BinquizAdijah (self media writer) | 20 days ago

A number of teams have safeguarded their chance to qualify to the next level in Champions League title this season. Some have displayed a poor game that might cost the team to be relegated to Europa League. 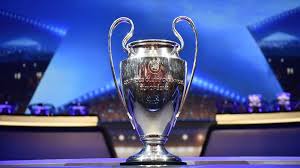 The following teams have already qualified even if they lose their last matches:

Bayern Munchen which always display a fantastic match when it comes in competing for the UEFA Champions League title has already won two of it's matches and remained with one at hand hence therefore has got a chance to the round of 16.

Liverpool has been making a fantastic display of the match that has ensured them to defeat some of the big teams in group B. Having won two matches, Liverpool are therefore capable to qualify to the next level in Champions League title.

Sheriff Tiraspol which is in group D has indicated that it has the ability to compete with other dangerous teams from other leagues by having won two matches already that will ensure they progress well in the Champions League trophy.